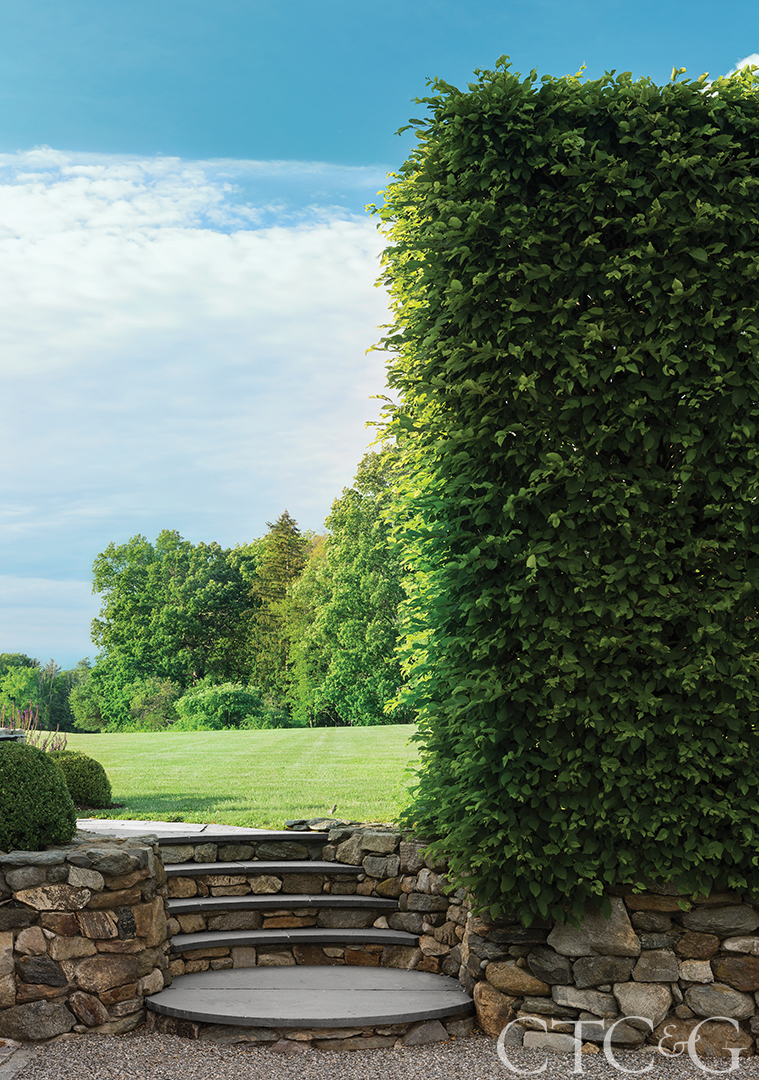 I don’t believe in luck, but I do believe in magic.  I vividly remember the day my husband and I first saw Linden Hill Farm. It was a beautiful, bright summer day. We had recently started the conversation about searching for a bigger house for our growing family, which then consisted of two slightly rambunctious young boys, three lizards and two turtles.

Linden Hill Farm was the third stop on the first day of house hunting. Following the realtor, we made a left turn through a pair of white wooden gates and slowly drove up a long ascending drive lined by an allée of mature linden trees. In the distance, a classical white Georgian Revival house with black shutters appeared. Pulling up to the front of the house, I realized my heart had skipped a beat and I had stopped breathing. Magic had found us. 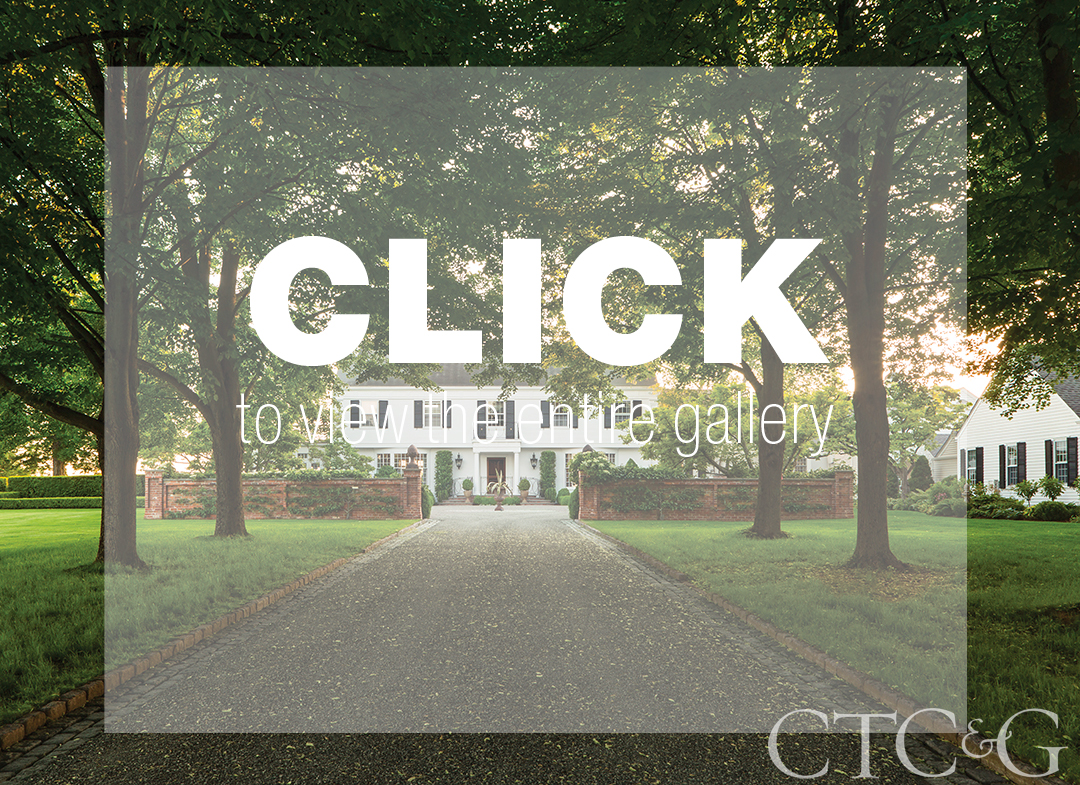 To the left, a long narrow bluestone walk led to a large swimming pool, a small white pool house and tennis courts. Surrounding a screened porch, a garden room, defined by a hexagonal-shaped yew hedge, was filled with an assortment of hybrid and climbing roses. To the right, a drive-through breezeway framed the garages and rear parking area. We circled to the back of the house and found ourselves in the middle of a large expanse of fields with a view of Bear Mountain rising in the distance. As if out of central casting, a rusty red tractor zigzagged across the fields leaving a trail of hay bales behind. We were spellbound.

For the 14 years we have been the stewards of Linden Hill Farm, every garden has been slowly and lovingly tweaked. The gardens keep me present. They awaken my childhood feelings of wonder when I notice that the bleeding hearts have pushed through or the peony buds have begun to open. There is not a day that goes by without noticing a few of life’s small moments.

A version of this article appeared in the May 2018 issue of CTC&G (Connecticut Cottages & Gardens) with the headline: A Spell Is Cast.