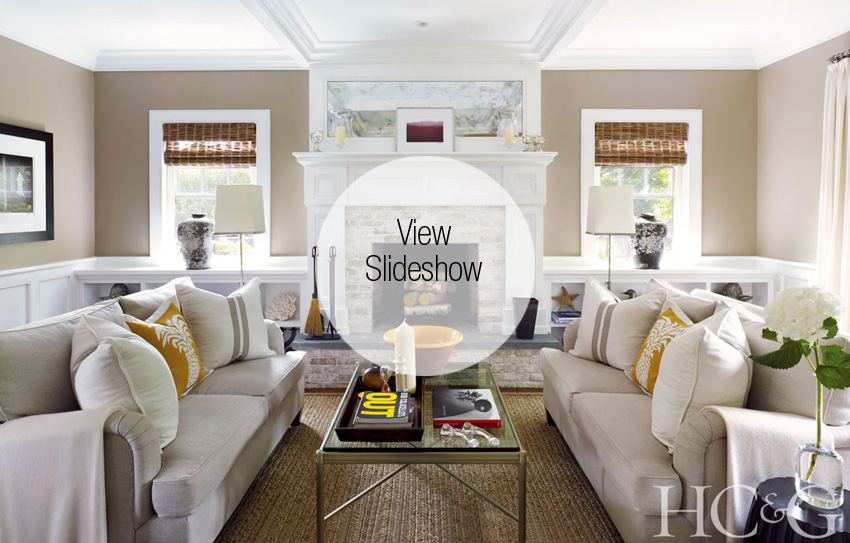 When Daniel Fierro created the year-round East Hampton home that he shares with his husband, James Henn, his experience in the fashion world served him well. For nearly 30 years he worked as a designer with luminaries such as Carolina Herrera, Bill Blass, and Kenzo, and as creative director at Saks Fifth Avenue, but in 2006 he decided to make a career change to indulge his passion for residential design. Launching Daniel Fierro Interior Design was a natural next step. “I just felt it was time to explore other creative avenues, and another side of my creativity,” he says. “Fashion is in my blood, and this is just an extension of my prior life.”

Fierro’s fashion-world experience has deeply affected his approach to decorating. “The ultimate goal in designing wearable fashion, as well as ‘livable’ fashion, is to create something in which your client feels amazing but comfortable," he says. “In interior design, you work with different materials, architectural periods, color, and fabrics to create an environment that speaks to your vision, while ensuring that your clients are happy in their space.”

The corner lot the couple purchased came with a 1,600-square-foot house that had been abandoned for quite some time. The doors were left unlocked, and the yard was neglected, but it was located on a coveted village lane within walking distance to town, and Fierro could see the potential. “We fell in love with the street and the lot,” he says, “and no one else seemed to know what to do with the property or how to make the house work. My eyes have been trained to see past what exists, and to look at possibilities. After driving down the street, with its cathedral-like canopy of trees, I envisioned a home that would merge seamlessly with the outdoors. I started imagining French doors opening onto a beautiful lap pool and garden.”

Fierro’s vision ultimately called for tearing down the existing house and building a 3,000-square-foot home on the same footprint, incorporating architectural gestures typically found in classic Hamptons cottages. Looking to maximize space on the tiny lot, he turned to architect John Laffey, with whom he had previously worked. “John is the consummate professional, and he spent hours hammering out every last detail,” says Fierro. “As with many of my projects, the architecture drives the interior design. Without good bones, the decoration never really comes to life.”

The new house was raised to a 30-foot height, meeting local zoning restrictions while making room for five full floors. Each of the five levels pivots off a central staircase, offering rooms with wonderful views of the town, streetscapes, and the back garden and 30-foot lap pool. “We wanted it to be a year-round second residence that we could come to most weekends, so it needed all the amenities of a full-time home,” Fierro says. “It had to be welcoming, and family-, guest-, children- and dog-friendly.”

A strategic interplay of neutral shades characterizes the interiors. Fierro used the same paint color in the public spaces, with complementary hues in the den and bedrooms, creating a seamless flow from floor to floor and from room to room. Grass-cloth wallpapers, sisal rugs, and Belgian linen draperies add texture and a quiet elegance throughout. “My fashion background taught me when to add something to a space and when to leave it alone—much like accessorizing an outfit,” he says.

The landscaping is integral to the overall design scheme and was also overseen by Fierro. Because the home is on a corner lot, he oriented the outdoor living spaces away from the street. A high-gloss black fence serves as a backdrop for evergreen bushes and blue and white hydrangeas, which intentionally direct the eye toward paths in the garden and separate seating areas for lounging around.

“Through both an interior design lens and a fashion lens, making this home was a truly satisfying experience inside and out—down to the custom pillows and curtains,” Fierro says. “And designing and making them with the skilled workers I had known for years in the fashion world was extremely gratifying—not to mention that I got exactly what I wanted!”

A version of this article appeared in the June 2013 issue of HC&G (Hamptons Cottages & Gardens) with the headline: Shingle-Style Sensation.