Tour a Cool and Comfortable Quogue Home with Minimalist Style 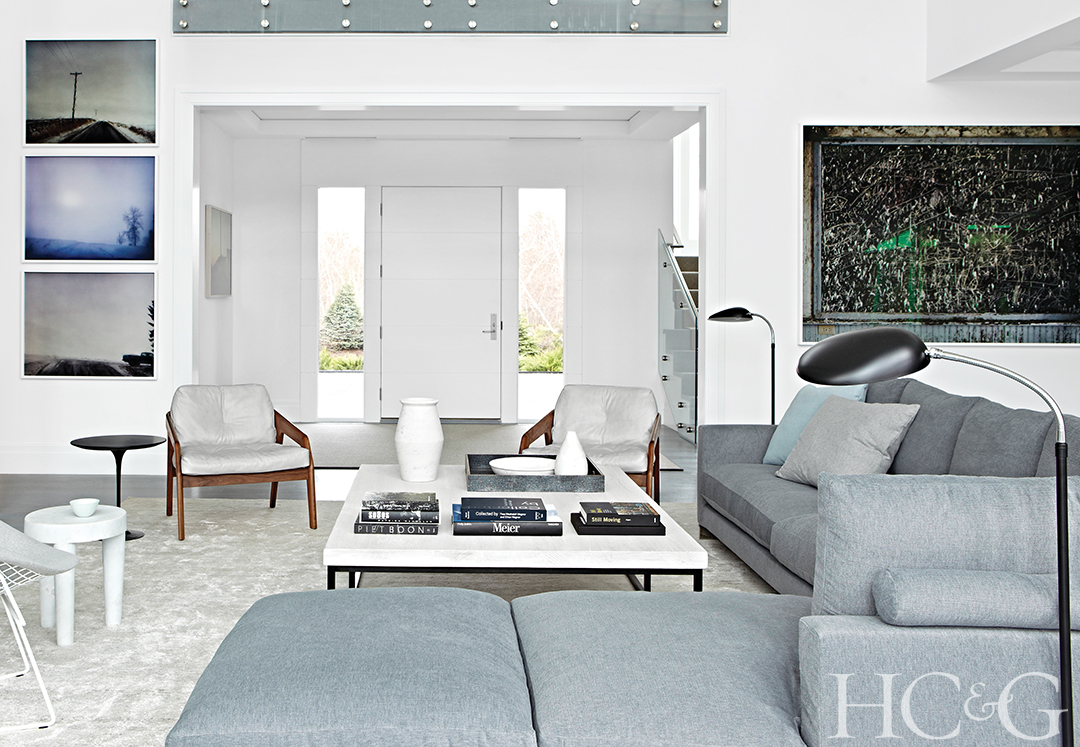 From the exterior, the house fits right in with the other traditional shingle-clad residences that line the majority of Quogue’s leafy streets. But appearances can be deceiving. Inside, an elegantly streamlined world awaits, a chic gray set piece made up of plaster, marble, and glass. Not everyone can pull off such a cutting-edge interior inside a trad shell, but the project’s designers, Maureen McDermott and Tina Ramchandani, trained under less-is-more master Vicente Wolf, so they were well suited for the task.

Each designer worked five years at Wolf’s firm, four of them overlapping, during which they formed a close friendship, often bouncing ideas off each other. “Tina sat in front of me at an old drafting desk,” recalls McDermott. “I’d constantly bug her, and eventually we became inseparable.” Adds Ramchandani, “Maureen was my work wife.” Each woman eventually left to open her own firm (McDermott set up shop in Sag Harbor, and Ramchandani is based in Manhattan), but they stayed in touch and frequently talked about finding a project to team up on one day.

Such an occasion presented itself when clients of Ramchandani’s—she decorated their New York City apartment—hired her to design a 7,000-square-foot ground-up build in the Hamptons. It was the perfect opportunity to enlist the skills of McDermott, who shares Ramchandani’s affinity for neutral, streamlined rooms. “I didn’t have any reservations about joining Tina,” recalls McDermott, “and the scope of this project made it logical to have a partner. It could have been too much for just one person.”

The designers dug in, both sharing every task, from sourcing and purchasing furniture to drafting construction drawings and bookkeeping. “There was no conversation about who was going to do what,” says Ramchandani, “because we were trained the same way and knew what had to be done.” 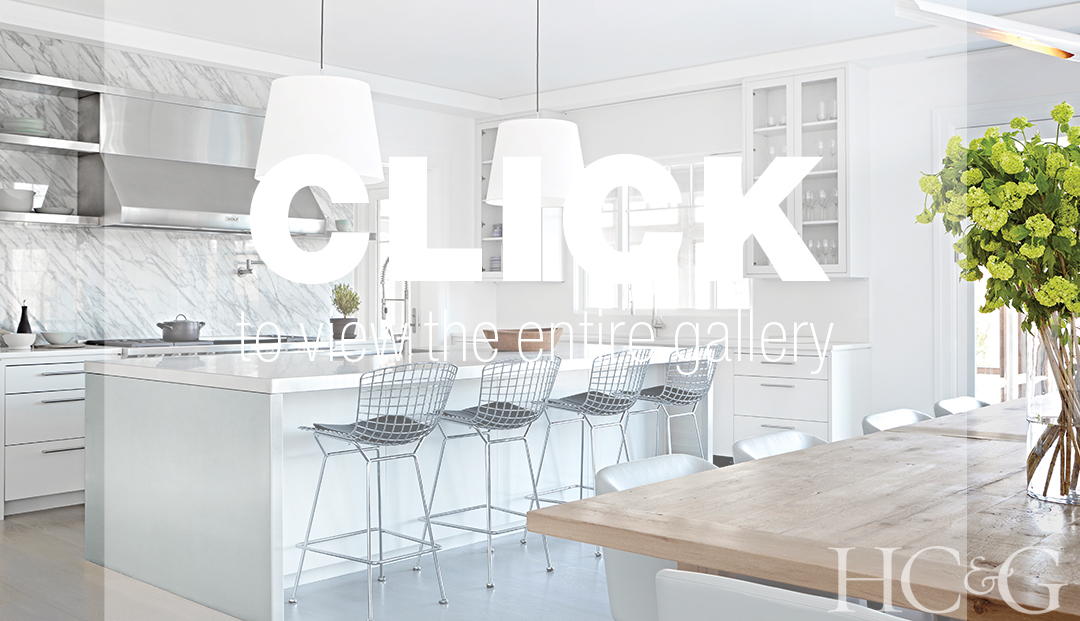 Before even getting to the decor stage, the team made architectural changes to the interior, such as transforming the master bath into a spa-like retreat, featuring a marble-swathed tub room with an expansive open shower and sauna behind a glass wall. They also customized the kitchen, adding a ceiling-height marble backsplash and a stainless-steel waterfall island.

The clients were adamant about keeping the color palette predominantly gray, with few exceptions. To accommodate the request, the designers played off subtle variations in the shade to introduce other colors, such as icy blues and creamy whites, and layered the hue in various textured fabrics, floor coverings, and wall paints. Even the wood floors received a custom hand-applied gray stain, a challenging feat that took six months to achieve. “It was difficult to find the right formula and replicate it throughout such a large home,” says McDermott. “We wanted the warmth of the wood to come through and didn’t want it to appear painted.” Metal accents, in the form of lighting and chair frames, and weathered woods were carefully curated to add contrast to the gray scheme and, Ramchandani says, “keep the space from seeming monochromatic.” For instance, a 12-person reclaimed-wood dining table, fabricated by Joe Fisher of Sag Harbor’s Fishers Home Furnishings, has been paired with armchairs upholstered in a gray vinyl from Kravet.

Not that the team shied away from giving their clients the “Manhattan feel” that was part of the design directive: McDermott and Ramchandani worked with materials popular in urban environments, like the aforementioned stainless steel and glass. Additionally, a wall of lime plaster in the living area gives the illusion of concrete, as does a faux-concrete wallpaper in the powder room.

But even though industrial influences are prevalent, the house never fights its restful surroundings. Floating arrangements of comfortable, low-lying seating are scattered throughout the first floor and offer unobstructed views of the lush backyard and pool. And off the kitchen, a covered dining area allows for alfresco meals.

The project took nearly two years to complete, but the designers were in no rush to say goodbye to it—which most decorators would argue is not always the case. “It didn’t feel like work,” reflects Ramchandani. “It felt like hanging out with your friend and creating a beautiful home.”

A version of this article appeared in the July 15, 2018 issue of HC&G (Hamptons Cottages & Gardens) with the headline: The New Neutral.