Tour a Fillmore Contemporary Infused with Bold Color and Individuality 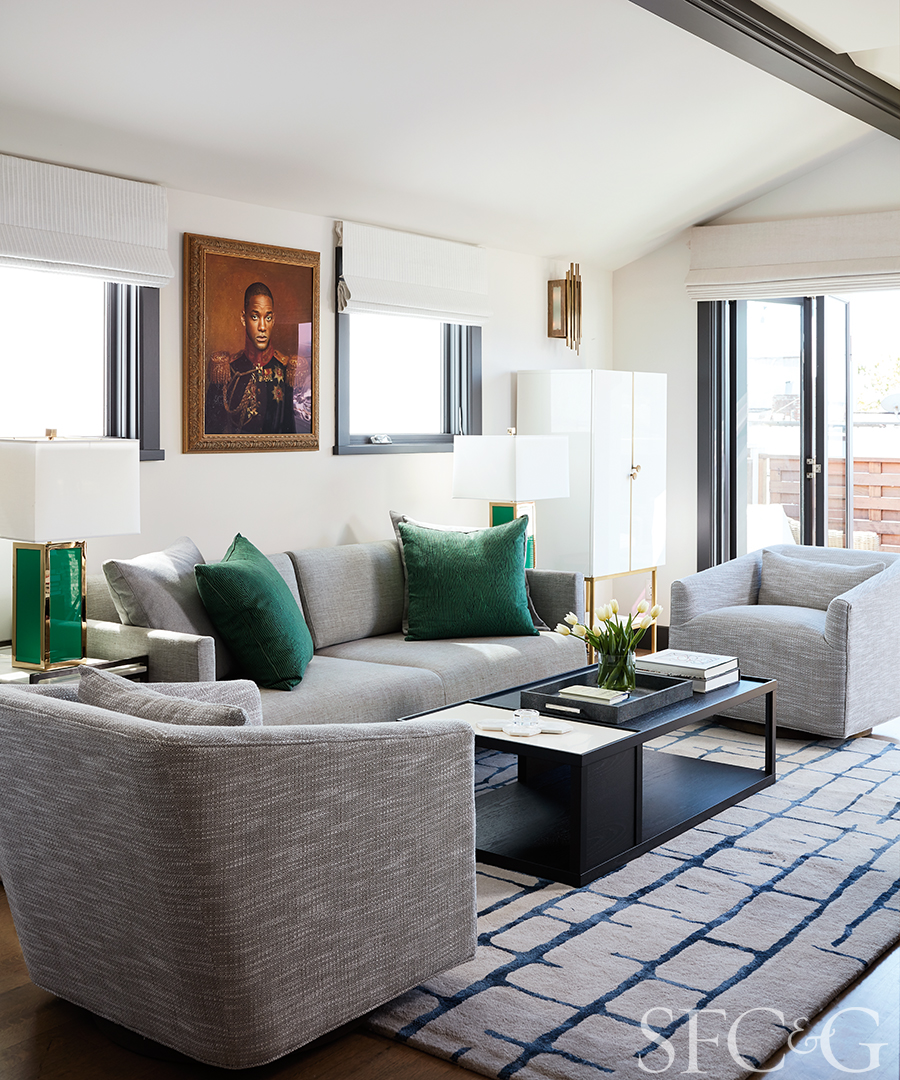 When a young couple embarked on an interior design of their first home—a three-story contemporary in the Fillmore—they knew one thing: It had to embody their cool, comfortable and unpretentious style. The pair turned to designer Jeff Schlarb, founder of his namesake San Francisco firm, because of his reputation for creating spaces with charisma and edge. The result of this perfect match? An abode infused with unexpected gestures, strong color and individuality. “It’s cool, it’s quirky,” says Schlarb. “Now they come home to something that gives them energy.”

The homeowners gave the team great creative freedom, with the guiding principal that nothing be too over-the-top. As Schlarb notes, “They’re youthful and wanted to feel youthful at home—they didn’t want it to be overly designed in a way that would look too showy.” The designer took his cue from the couple’s nascent art collection. “They had killer works with a playful, Pop-y feel,” he says, and he extended that sensibility throughout the home by using flashes of bright color against a backdrop of handsome textures.

An open-plan living room and dining area on the ground floor make the opening statement. Schlarb started with strong blue tones, layering a muted Kravet rug, a sculptural teal-blue side table and a sofa topped with graphic Groundworks pillows. “We also peppered in metallics with the coffee-table inlay, lighting accoutrements and console nailheads,” says Schlarb.

In the adjoining dining area, he made a splash with custom Area Environments wallpaper in a dramatic, geography-inspired pattern. “The ethereal images are malleable, we scaled them like site-specific artwork,” the designer notes. The space is anchored by a Tritter Feefer table and playful, goldenrod-hued chairs. “They’re a small family with no kids yet and were really looking forward to hosting friends in this punchy space,” says Schlarb. 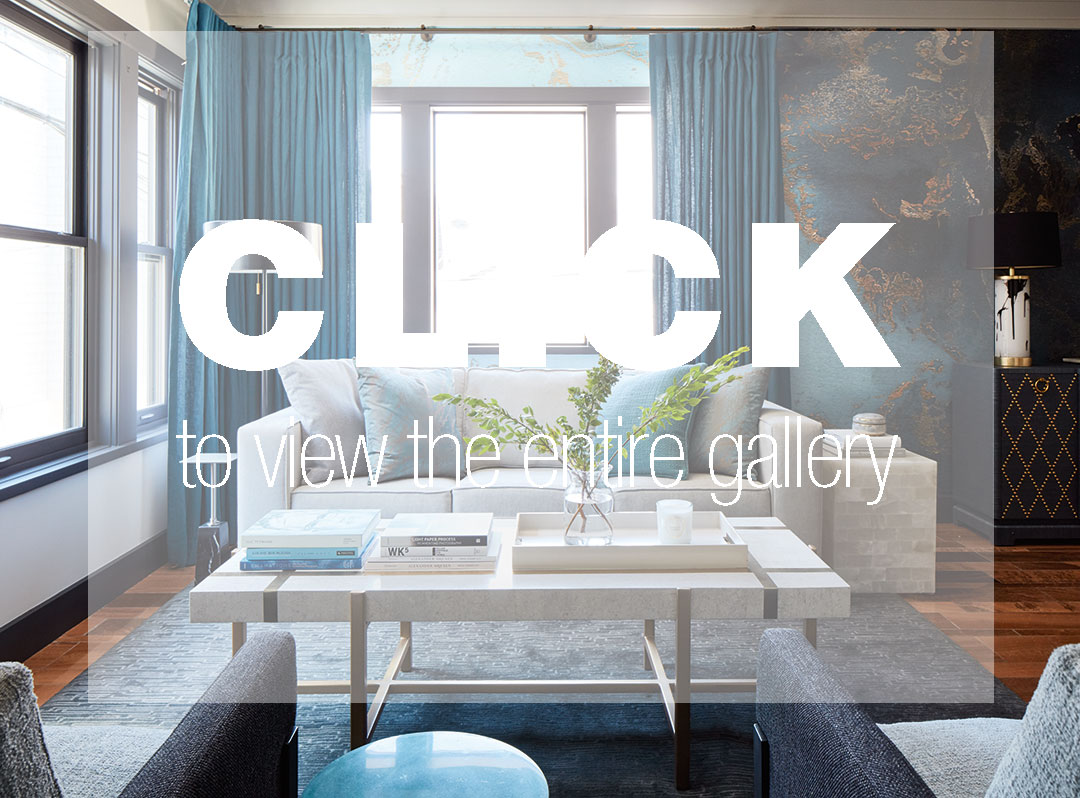 A peek into the bedroom on the second-floor mezzanine reveals a sudden shift. Here, the bold color gives way to a darker palette of grays, which the couple resisted at first. “People are often hesitant to paint walls a dark hue,” says Schlarb. “But we remind them it won’t feel like a cave, particularly when the ceiling is left white. It’s going to feel moodier, but that’s sexy.”

Perhaps the most remarkable feature is the home’s top-floor lounge, a loft-like space where light floods in through glass doors that open onto a deck. “The clients entertain here often and wanted it to be a fun, relaxed hang-out spot,” says Schlarb. He made it flexible with a pull-out Design Within Reach sofa and swivel lounge chairs by Four Hands, and added standout green lacquer table lamps by Jonathan Adler. “That one pop of glam is fun,” he says. And overlooking the room? A portrait of actor Will Smith in an officer’s uniform by artist Steve Payne. Notes Schlarb, “It’s like the patron saint of awesome in this space!”

Look Inside a $13M Waterfront Home in the Hamptons