Tour a Garden that Harnesses the Full Rainbow 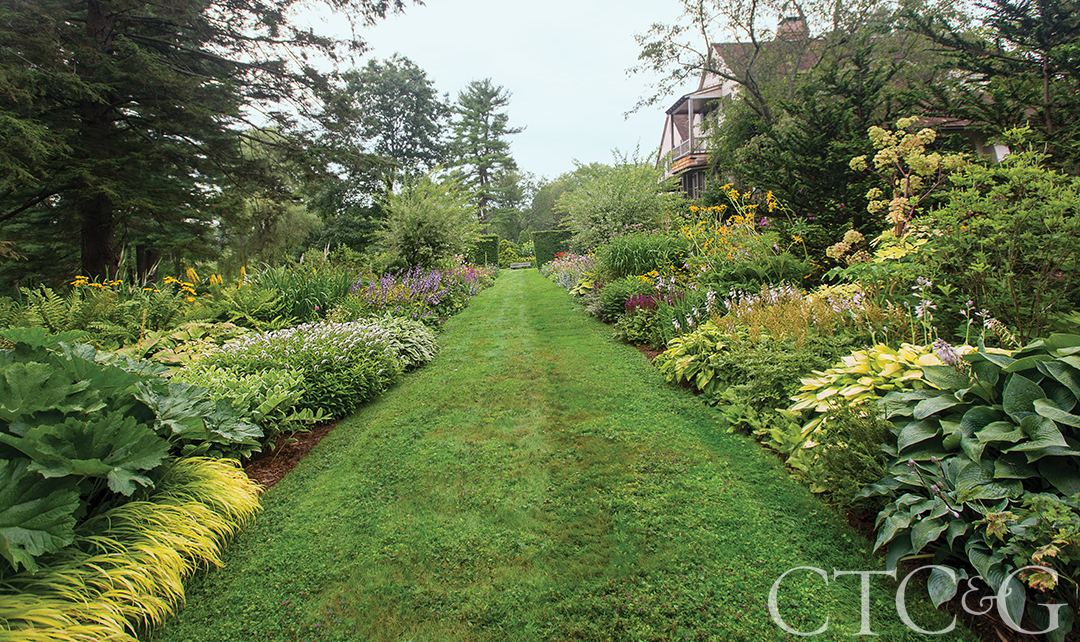 Roger Mitchell composed his perennial borders with your eyes in mind. Based on Gertrude Jekyll’s theory of maximizing the visual experience, his plant palette is carefully calibrated. Don’t let the name Fernwood fool you. By no means limited solely to green, this garden harnesses the full rainbow.

When Roger Mitchell and Frank “Pete” Peterson purchased Fernwood in 2002, a garden was firmly in the cards. But it would not be just any garden because Mitchell had shouldered the daunting task of restoring a very important landscape. The landscape was originally laid out by Marian Coffin, one of this country’s most fabled early female garden architects whose client list included the Vanderbilts and du Ponts. Plus, the landscape was attached to a 1908 Arts & Crafts house by local architect Alfredo Taylor. Much was lost with time, but the layout remained. Trained as an interior designer, Mitchell equaled the task of bringing the garden up to speed. 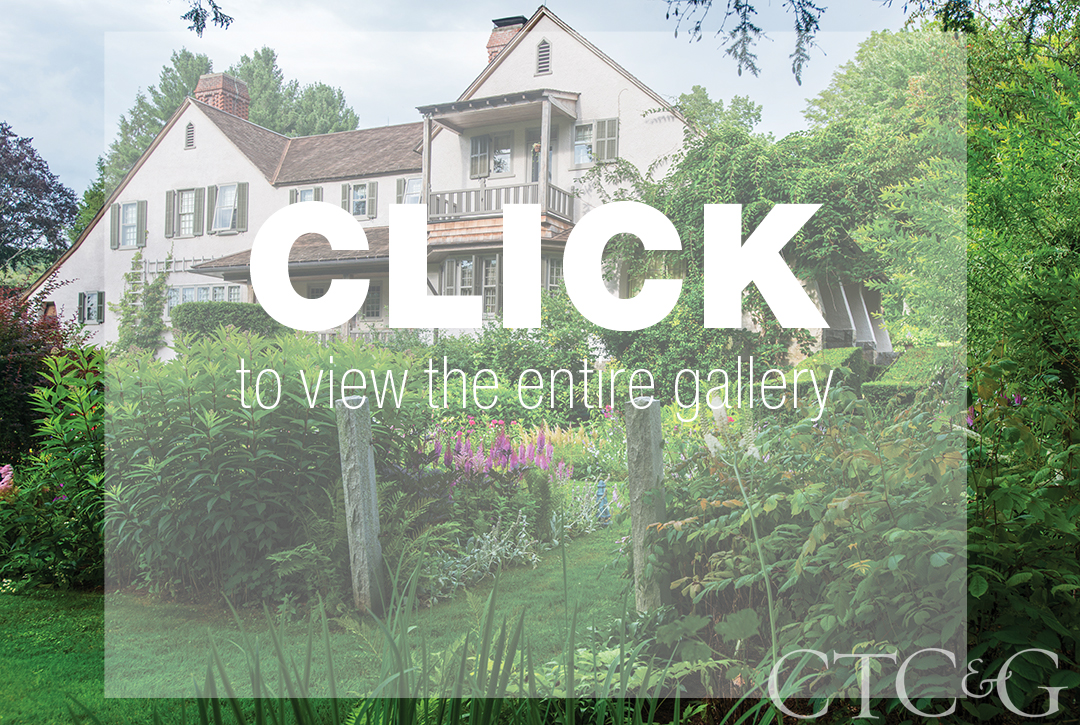 To say that Mitchell did his homework is an understatement. Not only did he hunt down the original Marian Coffin plans, but he sleuthed out the former pathways to confirm that he was on target. The circular side garden wrapping around a focal point sundial wading in lamb’s ears, nepeta and anemones was relatively easy to re-create. The former laundry yard (now an herb garden) was not difficult to reclaim. Carving away at shrubbery and whipping it into brave new forms was not such an easy exercise, but Mitchell found his inner Scissorhands. Muscling back the undergrowth was an obvious battle line to draw.

However, Mitchell really excelled when he improvised. A long double perennial border was ghosted into the original Coffin plans, but never installed. So he had historic “permission” to install the perennial border of his dreams. “I felt some freedom,” he admitted after otherwise adhering to Coffin’s intents. Not only did he extend the never-installed border, he also widened it. The result is 110 feet of remarkable color times two.

Meanwhile, Mitchell studied color theory. Being a formalist and fond of the British style, he couldn’t help but bump into Gertrude Jekyll in his research. Jekyll felt strongly that your eyes need to adjust to the progression of color in a garden. She contended that the best way to deliver color is to gently acclimate your sense of sight and suggested starting with cool colors such as blues and quiet pastels before reaching a crescendo of hot yellows, oranges and reds mid-border.

Mitchell admits that Marian Coffin might have gone for a calmer experience, but these homeowners are keen on exhilaration. They also love the sense of a property preserved. “If you feel drawn back to 1910, then we’ve succeeded,” Mitchell says. Throughout the project, they’ve been faithful, with a little lust thrown into the backyard. At Fernwood, the eyes have it.

A version of this article appeared in the May 2018 issue of CTC&G (Connecticut Cottages & Gardens) with the headline: Colorful Characters.