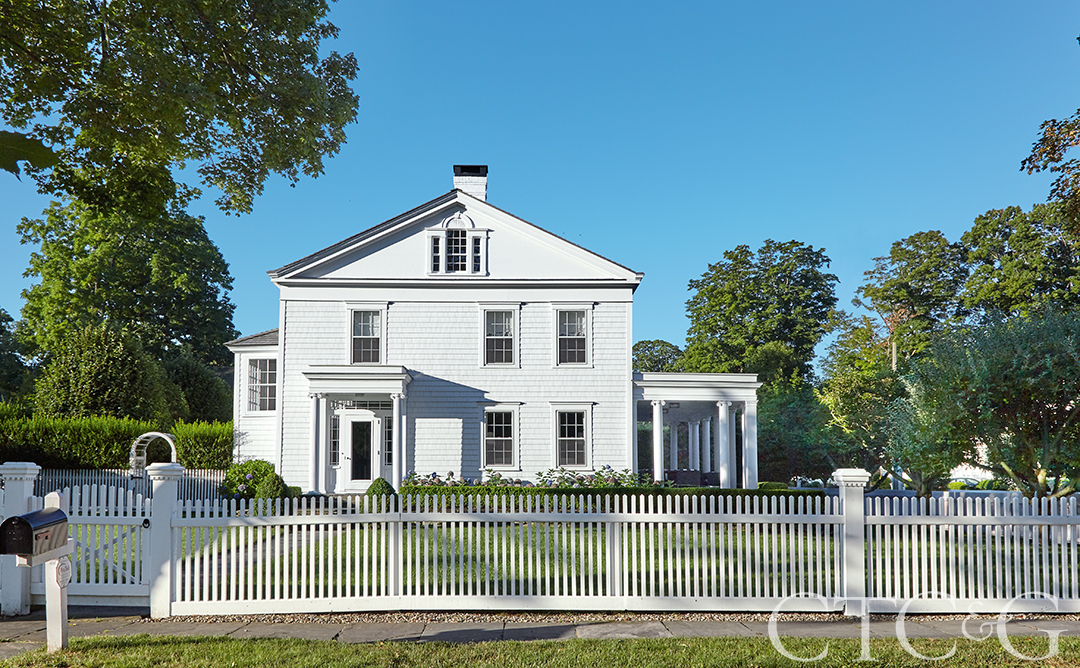 When sea captain Edwin Sherwood commissioned his three-story Greek Revival house on a main street of Southport in 1837, he certainly had no visions of abstract art hanging on its walls or furnishing rooms with bed-sized ottomans and Roman shades printed with edgy scenes of cityscapes. And, yet, were he to walk inside again after Ken Gemes’ ingenious interior redesign, Sherwood would likely feel at home.

“This is one of the most charming houses in town, and the couple who bought it and had me design their interiors were very much taken with the original construction and proportions,” says Gemes, who heads his namesake interior design firm in Bronxville, NY. “The fact that many period details remained, or had been re-established by previous owners, appealed to them.”

But Captain Sherwood would likely have been as unhappy as the new owners were with the interiors they encountered prior to moving in. “While the former owners had done a good job of renovating the house,” explains Gemes, “they’d given the rooms a very LA-edgy, modern slickness. Some rooms were painted solid black, with shutters over the windows for guaranteed darkness.” Other rooms sported a shade of storm-gray, lightened only by flashing neon artworks.

Gemes and his clients, a couple with two grown children, decided to lighten and brighten all the rooms. The several-months-long project proved so successful that the house figured into last year’s annual Near & Fair Aid house tour, a nonprofit dedicated to eliminating the causes and effects of poverty in Fairfield County. 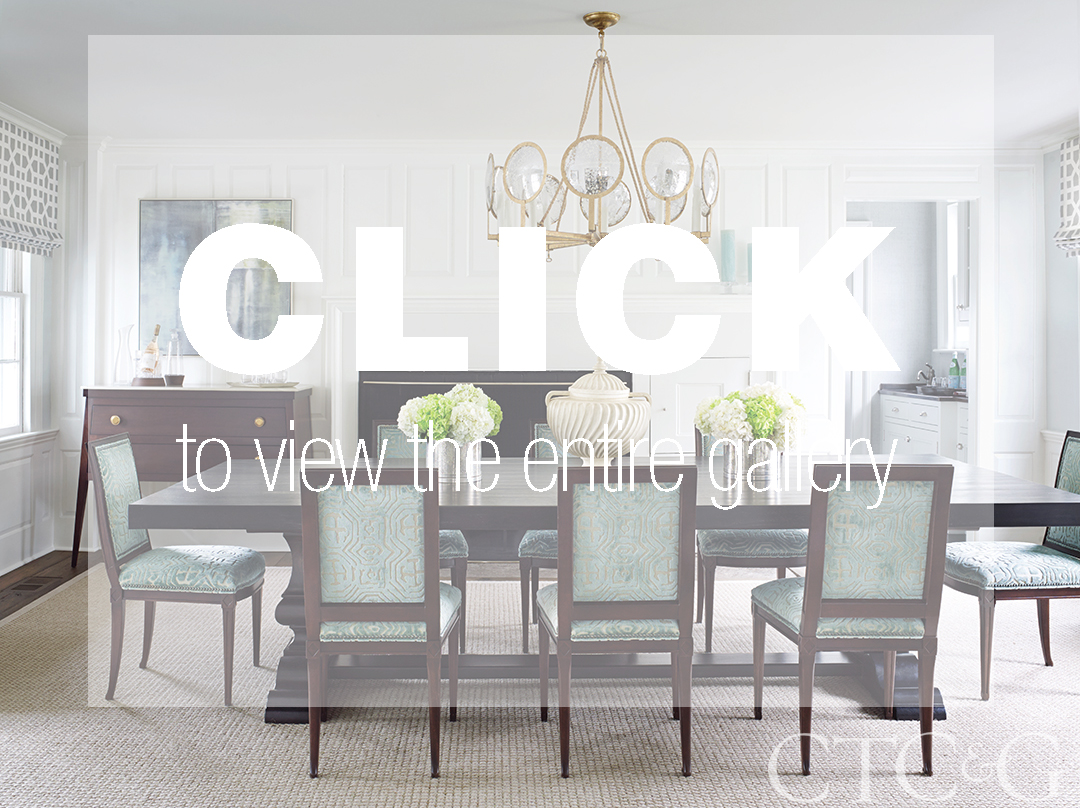 In an acknowledgment of both the house’s past and its need to be anchored in the present, Gemes preserved the architecture of the main staircase and its banisters, but invigorated the entry with a black, white and soft-gray scheme. Then, he filled a niche with a custom piece that references a modern wingback chair and a lounge settee.

One of the design challenges was the artwork. While the owners came to their new home with considerable art holdings, some, frankly, had become dated. What had been cutting-edge decades earlier, was now less than sharp. But in a series of expeditions to Southport Galleries, the owners and Gemes found works that were not only engaging, but also complementary to the furnishings. For instance, the soft blues, greens and yellows in a semiabstract canvas perfectly referenced all of the colors Gemes had introduced in the living room. Black-and-white cutouts echo dining room hues.

Another issue was the scale of the living room, a space that measures 15 feet wide but 32 feet long. What had once been a separate parlor and sitting room had long ago become one room. “To break up the long space, I created two seating areas, using sofas back to back,” says Gemes. “In a narrow space, furniture shouldn’t be too dark or heavy, and I knew that it needed to be positioned well into the room.”

Because the ceilings throughout the house are low, typical of the era in which it was constructed, Gemes stayed with light wall colors to visually add height. In the master bedroom, for instance, he chose three grades of the same hue, an effect that, he says, “leads the eye upward.” While subtle shades of blues, whites and grays are predominant throughout the house, monotony is kept at sea. “In every project I do, but especially here, I’m big on each room having a different personality and feel, but also having a consistency in color from room to room,” says Gemes. “I want a person to know they are in a different room, with its own character, but I never want anyone to feel they’re suddenly occupying a space foreign from the one next to it or rooms away.”

Gemes and his clients worked quickly to complete their design voyage. The home is now welcoming to guests and family alike, and even Captain Sherwood should he wish to appear.

A version of this article appeared in the October 2017 issue of CTC&G (Connecticut Cottages & Gardens) with the headline: Spirit of the Sound.

This article appears in the October 2017 issue of CTC&G (Connecticut Cottages & Gardens).