Tour a Greenwich Pool House Built Around its Environment 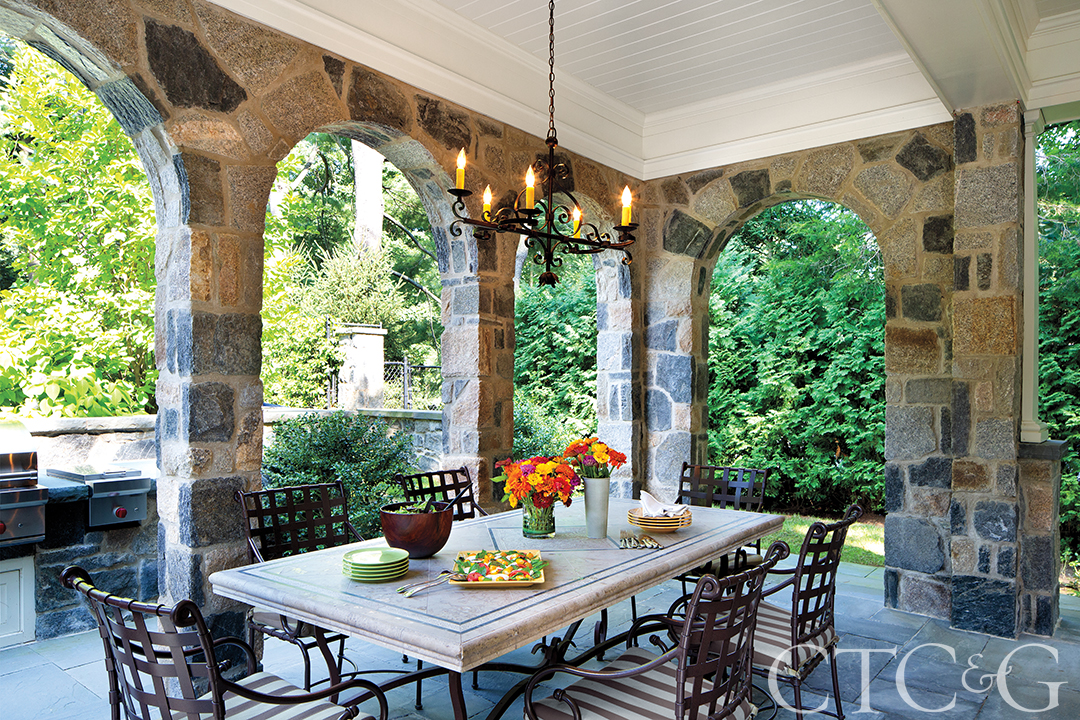 While designing a pool house in Greenwich, Dinyar Wadia became equally concerned with the design of a tree. A particular Japanese maple, its form and breadth as dramatic as an exploding firework, haunted the architectural designer, who was also responsible for designing the swimming pool. “I knew I had to position the pool near the tree, part of which would overhang the water,” says Wadia. But he was afraid the tree’s roots might be disturbed during the digging process and kill the tree. “We took every precaution to protect the tree—and it made it!” notes Wadia. “It had a will to live.” Project landscape architect Peter Cummin, now retired, remembers the tree well: “I’m glad to hear it’s still thriving.”

Both Wadia and Cummin had the will and fortitude to make sure it survived. During the building process, they hired an expert arborist to cut back the branches, and feed and water the tree regularly. “I think the tree is what makes the pool, design-wise,” says Wadia. The other prominent element on the bucolic grounds is the stone pool house. Its Georgian-Colonial form and vigorously textured stone surfaces mimic the house, a structure situated some 150 feet away. “They wanted the pool house to be a sanctuary apart from their main sanctuary,” is how Wadia describes the clients’ design directive. 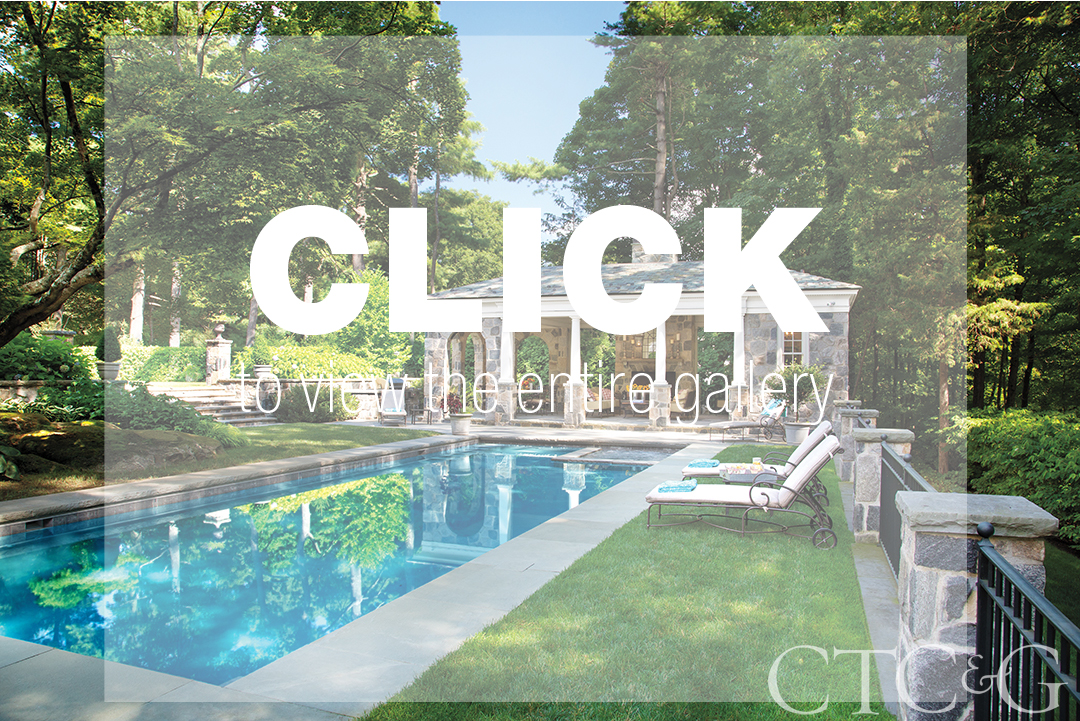 Although the enclosed area of the pool house features a bathroom and a kitchenette, the structure is mostly open with the majority reserved for a dining table and an al fresco living room, complete with fireplace, sofas and a coffee table. “Everything placed there by the homeowners can endure the elements,” he says. “Ideally, it’s a room that can be used at any point during the year—part of their wish to have a space like something you’d find in California.”

In his work on the land, Cummin was adamant, too, about fashioning a new landscape that echoed the residence. “Our landscape design was simple and very charming with a real country feel to it,” says Cummin, “and we ensured that it was on the scale of the rest of the house, which isn’t large or pretentious.” One of the most conspicuous elements created by Cummin is what he refers to as a “green wall” or “green architecture.” As he explains it, the land features a steep slope that created a visual boundary, so he planted rows of neatly trimmed hedges as a way to tame the topography.

For the pool area, Wadia chose a different grade of local stone as a way to avoid a visual monotony. “When you don’t use the exact same materials and textures, you actually wind up creating elements that complement one another,” he explains. “The trick, as a designer, is to pick different treatments that blend.”

Positioning was key to the overall project. Wadia wanted the pool house to function as a surprise architectural element and sited the building so that only glimpses of it can be spied from the house’s sun room and porch. But it comes into full view upon descending a short flight of steps. “I didn’t want it to be conspicuous,” says Wadia. “I wanted to integrate the structure into the landscaping, make it look as if it had always been there.” Positioned as it is, at first glance the facade stonework appears as a distant stone wall, with the whole of the structure backdropped by a canopy of trees, notably the Japanese maple.

To foster the sense of a progression of spaces, Wadia centered the pool house on the pool itself, which, in turn, centers on the main house. “I wanted to establish order,” he insists, “not an overly formal one, but rather a casual one.” Cummin, too, created a series of “passages and places” on the land that would be visible from within the house. “Just as the house is very relaxed, so, too, is the landscape,” Cummin emphasizes.

A version of this article appeared in the June 2019 issue of CTC&G (Connecticut Cottages & Gardens) with the headline: Embracing Nature.