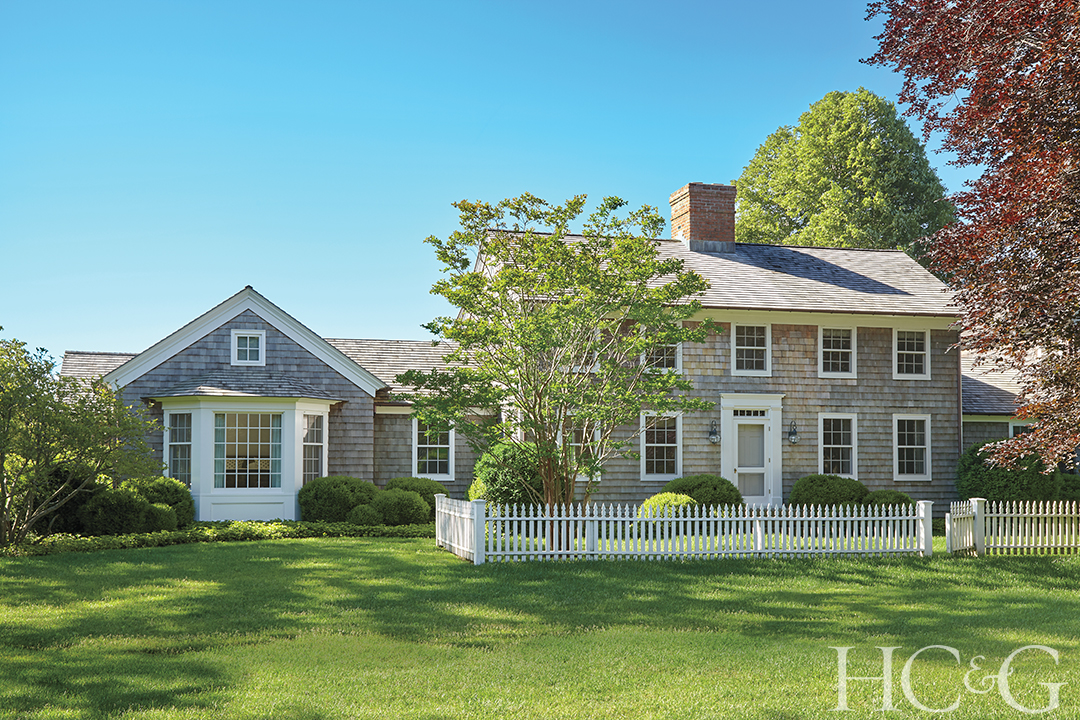 In an era when house-flipping has become an everyday hobby and people rarely get to know their neighbors, it’s uncommon to come across a home with staying power. But consider the East Hampton guesthouse featured here: Part of it dates from 1716 and has remained in the same family for more than five decades, thanks to the current owner’s parents, who had the presence of mind to save the cedar-shingled saltbox from demolition and have it moved to their six-acre property near the ocean in the 1960s. The structure, which had occupied a farmstead where White’s pharmacy stands today, was slated to be torn down in order to make room for the municipal parking lot behind East Hampton’s Main Street.

In the late 1990s, Bridgehampton-based architect Kathrine (Kitty) McCoy was commissioned to design a Georgian-style primary residence for the family, and more recently the time came to ramp up the guesthouse into something more substantial for her client’s two grown daughters and extended family and friends. “The hardest part about the project was massing two new wings around the original structure,” notes McCoy, who created a U-shaped home that hugs a back terrace, with the Colonial-era building at its center. “We wanted to keep the integrity of the older house, which was so loved by the family, but make it work for a new generation.” 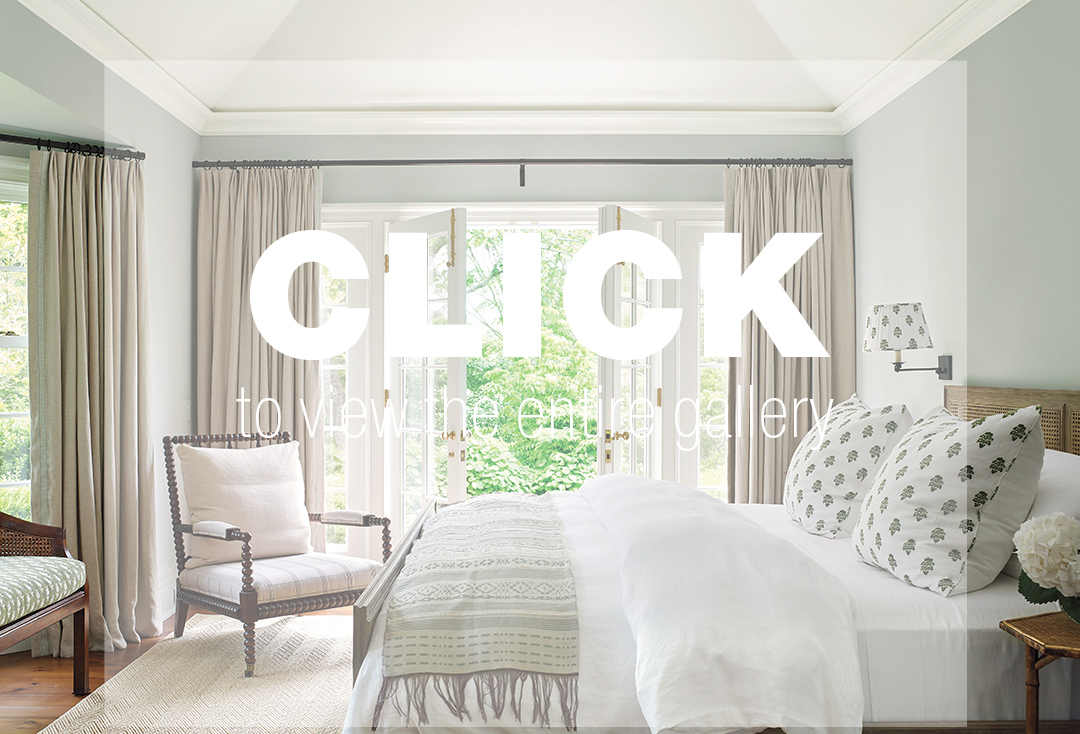 Accordingly, she moved it slightly to take advantage of a massive copper beech tree that now partly shields the new, low-slung west wing from the street. This part of the house contains the kitchen, two bedrooms, and a mudroom lined with bricks that were reclaimed from the reconfigured back terrace. The east wing comprises two separate bedroom suites for the client’s daughters.

Sandwiched between the spacious additions, the historic Colonial portion of the house—which had its share of “improvements” over the years—has been seamlessly integrated. Sheetrock ceilings were removed to expose original rafters, and those that had been painted white were stripped and waxed. For continuity, McCoy replaced a hodgepodge of windows with evenly spaced six-over-six versions that suggest the look of a 300-year-old façade. And while she didn’t alter the Colonial portion’s layout, McCoy reworked its smallish rooms to make them more compatible with the new wings. A guest room adjacent to the new kitchen has been turned into a blue and white dining room, and the former dining room functions as a wood-paneled library.

Throughout the house, which is now more energy efficient and also sports a basement, moldings and windows are consistent, and floorboards are even, although the 18th-century second-floor bedrooms are still barely tall enough to stand in. “We tried to retain as much character as possible,” McCoy reports. “Even the steep Colonial-era stairs leading to the attic, which no one will ever see, have been preserved.”

Contributing to the sense of cohesiveness is a design scheme masterminded by New York–based decorator Ingrid Ongaro. “Because the house’s architecture is a mix of modern and Colonial elements, the decor reflects that as well,” she says. “Dark crewelwork fabrics have been lightened up and made more current with new additions, like Indian block-printed fabrics for most of the upholstery and curtains.” Adding further contemporary flair are a host of works by Damien Hirst, cutting-edge photographs, and dusky-blue mid-20th-century glass globe lanterns in the hall.

Since the home is partly tasked with the job of entertaining frequent guests, McCoy carefully considered how to reinvigorate the back terrace, ultimately deciding to relegate “a corner banquette that the family loved to the backyard, since it was just a bit too large for the space. I designed a replacement to go with the new outdoor furniture, which was just as important to this project as anything else. The back terrace has been the scene of many memorable meals for the family, and that was something we had to re-create.” In the case of this “brand-new” house, history didn’t completely repeat itself, but it also seems like it never left.