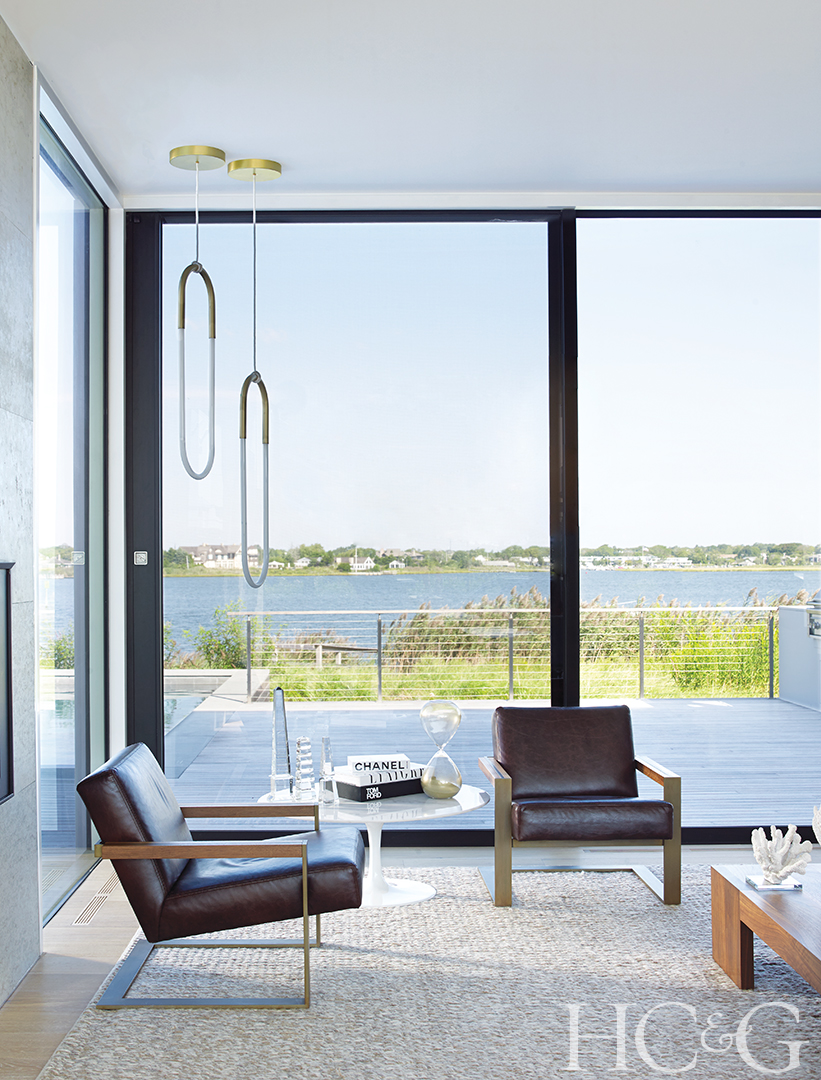 It’s difficult to peg this Moriches Bay contemporary as a design by a member of New York’s Institute of Classical Architecture & Art. But its owners already lived in a traditional house near the city, and they asked Stuart Disston, whose firm, Austin Patterson Disston Architects, is known for transitional classicism, to build an easygoing beach getaway where they could unwind. “They just wanted to wear shorts and relax,” says Disston, who, despite his traditional leanings, lives in a thoroughly modern beach house in Quogue, where he helms the Connecticut-based company’s Hamptons office. “People who come to our firm for modernism are basically saying they want a house like mine.”

Durability and easy maintenance, particularly in tricky beach and wetland environments, are hallmarks of Disston’s creations. For instance, he advocates a mechanical heat treatment that caramelizes sugars in certain types of wood siding, making it both rot-resistant and imbuing it with a distinctive deep brown color. And this project’s painted exterior cladding, which looks like smooth stucco, is actually a high-tech welded PVC plastic that he describes as “bulletproof.”

The bayfront lot was formerly home to a worn-out 1970s structure sited dangerously close to the shore. Despite the house’s groovy, unconventional octagonal layout, Disston deemed it “past the point of no return.” What’s more, high tide lapped at the pilings, which released creosote fumes whenever the building sat closed up between visits. 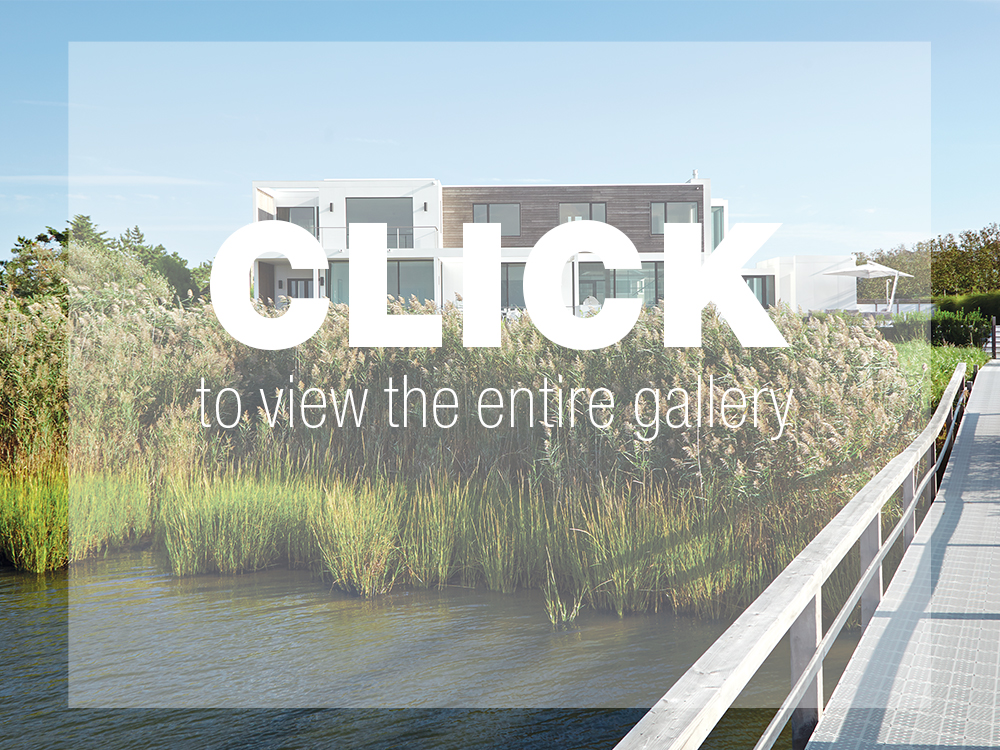 Current zoning and setback requirements significantly reduced the land’s buildable area, although a revegetation project on the site of the teardown allowed wiggle room for a revised footprint. The new structure is positioned farther from the shore, overlooking wetlands now proliferating with beach plum and dune grasses. At a not-grand 4,500 square feet, it boasts 10-foot ceilings on the ground floor, which impart a welcoming sense of scale. Large storm-resistant, laminated-glass windows frame Disston’s wow moment: a center-stringer steel stair with cantilevering chunks of white oak for the treads. Engineered-oak plank floors camouflage any beach sand that happens to get tracked in, and an ample outdoor terrace supplies almost as much living space as the interiors.

Because the house is made for entertaining, there are two kitchens: a presentation kitchen that can be concealed from view behind a panel, and a fully enclosed kitchen that offers a double of every appliance except a cooktop. The latter is bright white, but elsewhere, the palette of interior designers Scott Ornstein and Mary Rabiner, of Kings Point–based decorating firm Ornstein Rabiner, is softened in deference to the views. “You see water from almost every room,” notes Ornstein, adding that the bedrooms on the second floor have the additional benefit of ocean vistas. The designers also commissioned an impressive eight-foot walnut slab dining room table and sourced new large-scale furnishings throughout, creating an airy, inviting decor scheme that couldn’t be further from twee or trad. As Disston notes, “Everything about the house is pretty dialed down.”

A version of this article appeared in the August 15, 2017 issue of HC&G (Hamptons Cottages & Gardens) with the headline: Bay Watch.

This article appears in the August-15 2017 issue of HC&G (Hamptons Cottages & Gardens).