Tour a Modern Oasis Nestled into the Slopes of Vermont 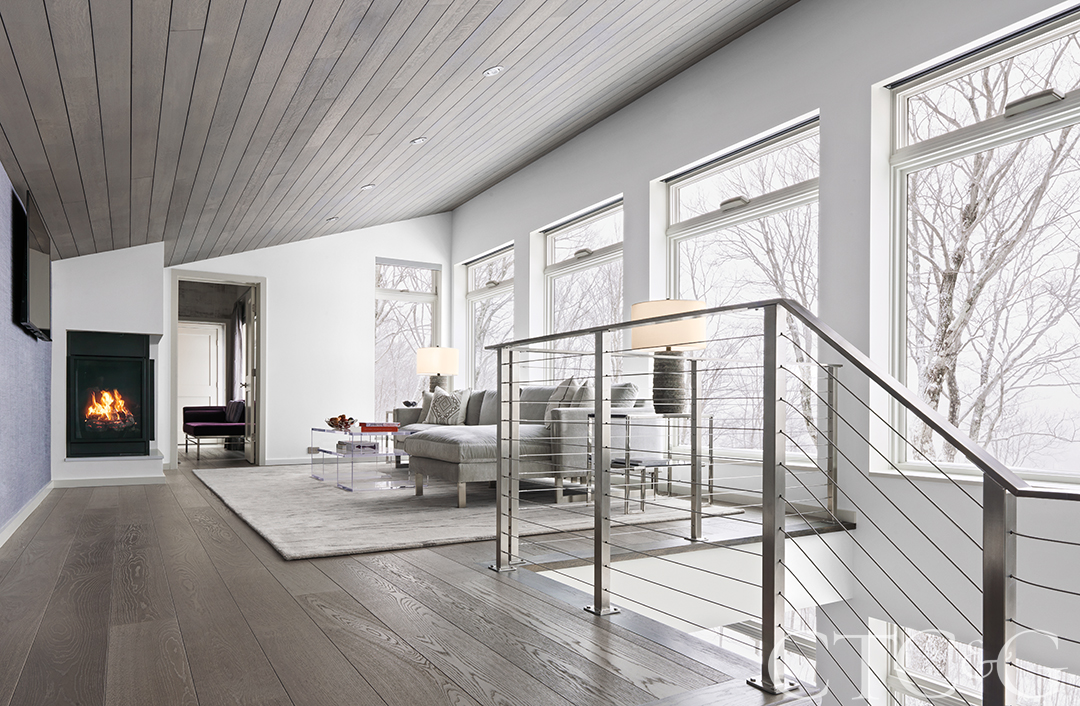 “It’s modern, and it’s also bending over backward to try and achieve the goals that the homeowners’ association and the mountain resort are looking for,” says architect Jonathan Wagner. That combination of requirements might not seem like the most creative architectural brief: “Modern” and “HOA” don’t tend to be the first words that come to mind when developing a compelling design statement. But this open-plan crystal-and-snow-inspired-and-inflected house for a couple and their four extremely active children takes Wagner’s a-stylistic emphasis on profound client collaboration, adds a layer of his wife Robin McGarry’s interior design, mixes it with a dusting of 300 inches of snow a year, and produces a surprisingly warm, sleekly modern and utterly usable 4,500-square-foot house.

The site is at a renowned ski resort in Vermont that sees thousands of visitors a year. This family, though welcoming, wants fewer. “There’s a village aspect to a lot of the residential areas around this resort,” Wagner says. “They wanted it a bit more private.” Part of that meant having their rooflines less visible to the neighbors, and part of it meant not seeing other peoples’ deeply pitched ski-house roofs. The solution? Disguising the sloped roof areas on this house—and figuring out a way to make a modern house without a flat roof. Thinking about the drive up to the house, which is accessed by a dirt road, Wagner came up with the idea of producing a “roofscape”—essentially making the house, which is one coherent volume, “look like a series of small little buildings sitting in the woods,” a solution that was both practical (the pitch helps that snow make its way off) and aesthetic (it’s much more interesting than a single triangle).

“As the house spreads across the hillside, it’s running parallel with the topography,” Wagner says. “We wanted to be sure to complement everything else and also not violate the spirit of the HOA suggestions.” Respecting the general vibe meant using a great deal of stone, cladding the house in a horizontal dark brown-stained cedar siding, and installing dark-colored trim work on the exterior windows—all moves that helped blend the exterior of the house into the landscape. 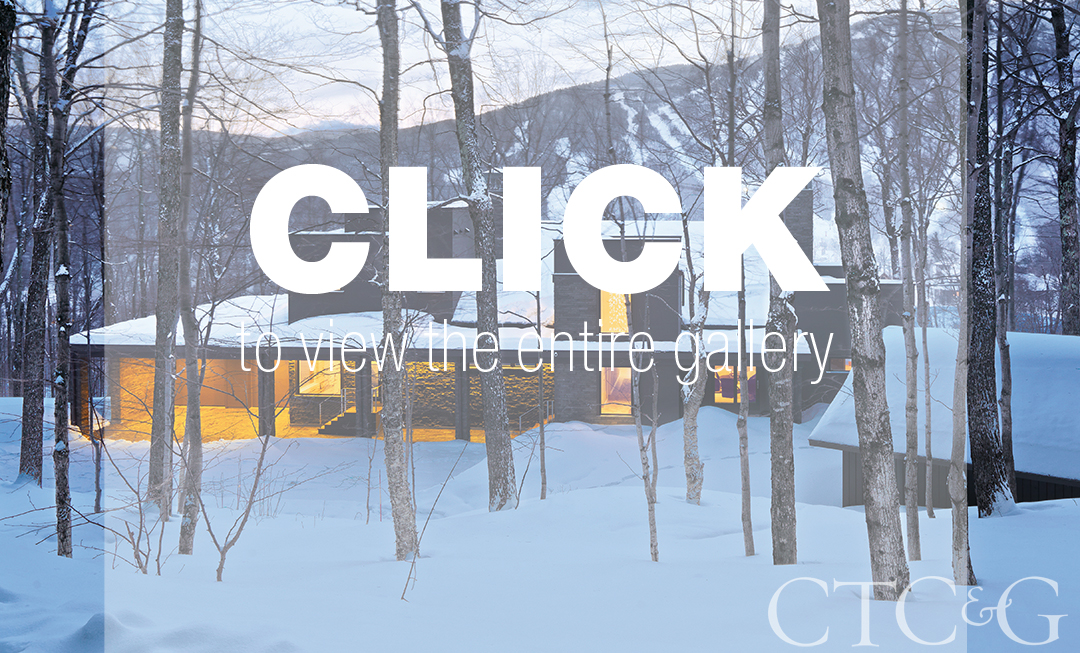 Inside is a whole different story. McGarry, who has frequently collaborated with Wagner, used images of snow and ice as primary visual motivators. “The clients wanted a relationship of the interior to the exterior in terms of being a ski resort,” she says. The colors and finishes—cool blues, icy grays, crystalline details—reflect the local winters, which are cold, brisk and fun.

Wagner and McGarry’s interventions weren’t just about hitting all the required marks, but about moving beyond, to something creative that at once surprises and soothes, energizes and restores. Wagner talks about marrying together practicality, durability and function, but underneath it all lies a fundamental question: “How can you then link that with the architecture and the site and the whole project, holistically, so it can reflect the modern spirit, the woody thing, without utilizing any clichés?” The answer lies in the quiet modernism, the sophisticated luxury of the textures and colors and finishes, and also in the interior openness, the surprising warmth that comes from this glass-walled house nestled into the side of a ski resort.

A version of this article appeared in the February 2018 issue of CTC&G (Connecticut Cottages & Gardens) with the headline: Vermonting in Style.

This article appears in the February 2018 issue of CTC&G (Connecticut Cottages & Gardens).