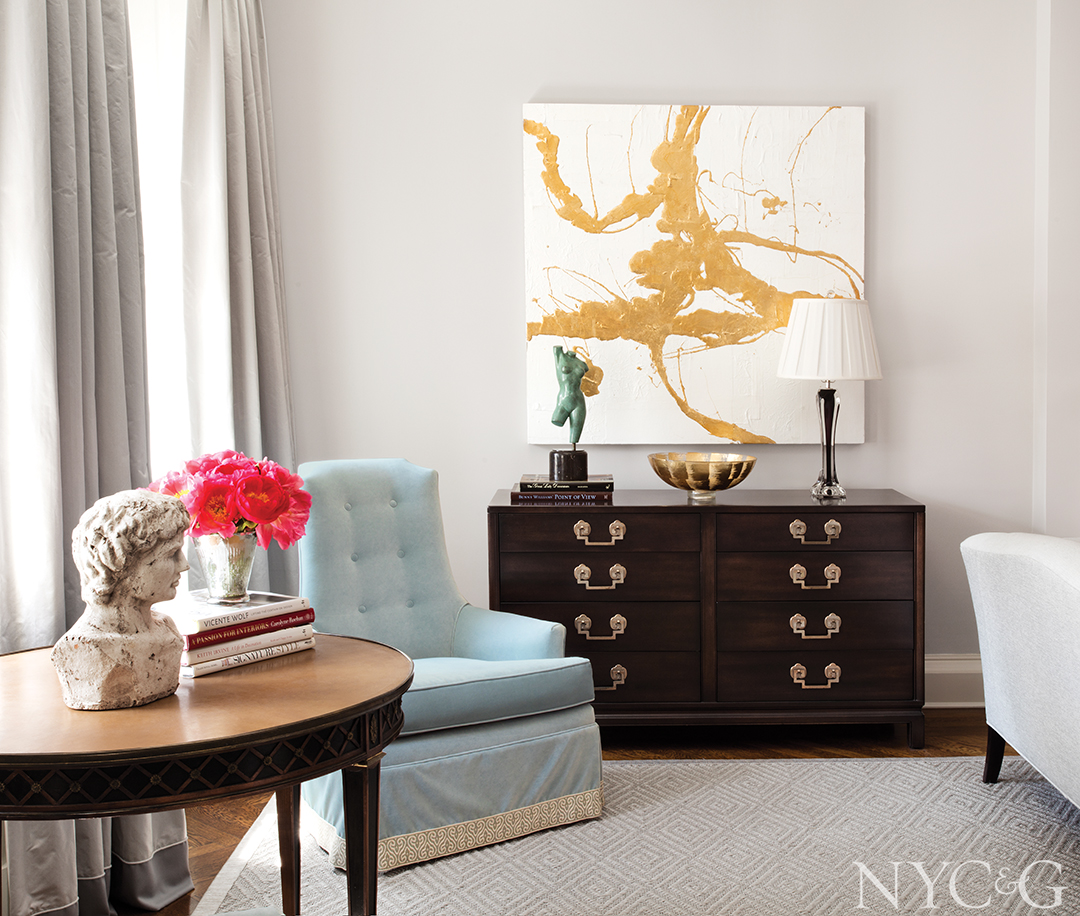 Elizabeth Pash can tell a visitor where every furnishing and accessory in her Park Avenue duplex comes from, along with a beguiling story of its acquisition. Perhaps that’s not so surprising for someone who makes her living as a decorator, but Pash knows even more. In addition to understanding how to put together a luxurious apartment for herself, her husband, and their four children, she can also speak eloquently about the importance of home, in an existential and practical sense.

“Let’s not kid ourselves, I’m very fortunate to have a home as lovely as this,” she says, referring to the apartment’s spacious proportions and dreamy locale. “It actually feels like a real house, and I’m aware of that.” Having grown up in large homes outside Washington, D.C., Pash admits to “being a suburban girl at heart. It took me a while to adjust to life in New York after I moved here.”

When she and her family took up residence in the prewar building, she was intent on making the apartment an oasis. “New York City is such a frenetic, crazy place—loud, dirty, stressful—and I wanted this to be a haven,” says Pash, who is also the owner and proprietor of Elizabeth Pash Antiques and Decoration, a brick-and-mortar store in decidedly serene Locust Valley, where her family has a weekend home. “Every house, no matter where it is, should be that for its occupants.” 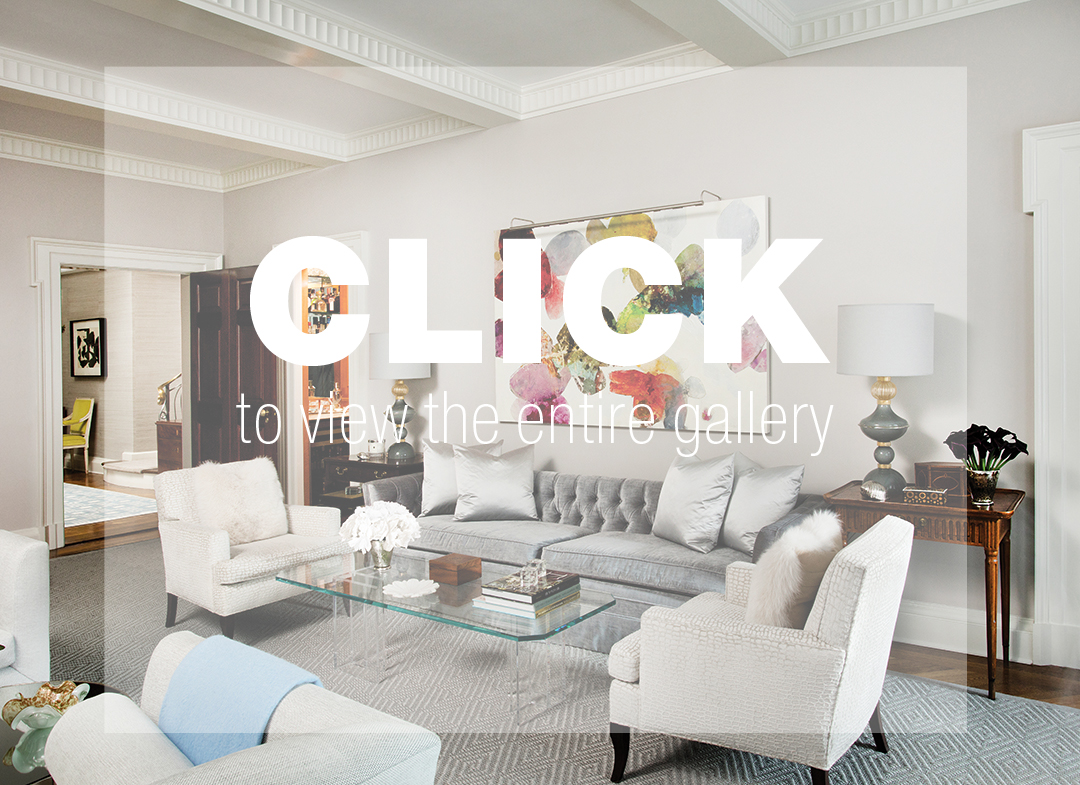 Pash’s strategy for achieving serenity, however, is seemingly counterintuitive: She purposely adds vivid strokes to her room schemes. “Since I’m in the business, I can’t help but constantly tweak my own spaces,” the designer says. “For instance, I look at the pair of blue chairs against the windows in the living room and think, Oh, maybe something bolder should go there.” She chose a shade of candy-pink for a daughter’s bedroom, a purple for another’s, and an acid green for her office space—hardly a typical Park Avenue palette. And a multihued abstract painting in the living room is notable as much for its striking composition as for the colors she has borrowed from it. “I like that the painting almost appears to be in motion.”

While Pash is adamant that every paint color and wall treatment in the apartment feel right, not everything has to be highly pedigreed. The living room sofa is not from a fancy showroom, but a score from a Virginia flea market. “It was $450,” she says dryly. “I spent a lot more than that getting it to New York.” When it arrived, it didn’t fit in the freight elevator, so her upholsterer cut off an arm, then reattached it and finished the repair on-site. “He did such a good job, and the fabric I chose is so lush, that a friend with very good taste told me she wanted her decorator to make the same sofa for her. I had trouble admitting where I had found it.” Another bargain-basement beauty—an upholstered silver-leafed headboard that started out as a piece of raw wood Pash spied at an Atlanta flea market—dazzles in the master bedroom.

When Pash and her husband purchased the apartment, the interiors were “old ladyish,” with virtually every wall dark brown wood, even in the kitchen. But the ever resourceful designer didn’t just do away with everything and start all over. Instead, she retained expanses of the wood and brought out their natural luster with a fresh coat of glossy lacquer. An Art Deco stair railing and decorative beams that course through the living and dining rooms were also salvaged.

“Something modern always complements something old,” Pash insists, adding that “every room, in any home, should also have one or two good antiques, which add gravitas and warmth. Put a modern painting over an antique chest, and the chest gains sex appeal and the painting looks bolder.” She covered the tranquil master bedroom’s Napoleon III chaise longue in a contemporary soft gray velvet, and now finds herself looking at it longingly, wanting to use it. “I just want to lounge on that, but I get up early, exercise, and drive to the store in Locust Valley or go to my 1stdibs showroom at the New York Design Center. I don’t ever seem to have the time to lounge there. But someday, I’m going to.”

A version of this article appeared in the May/June 2018 issue of NYC&G (New York Cottages & Gardens) with the headline: Panache on Park.

Interior Design Ideas To Spruce Up An Empty-Looking Space

How to Make Your Outdoor Space Your Favorite Place

Get inspired to transform your living experience beyond your home’s interiors with these helpful tips.