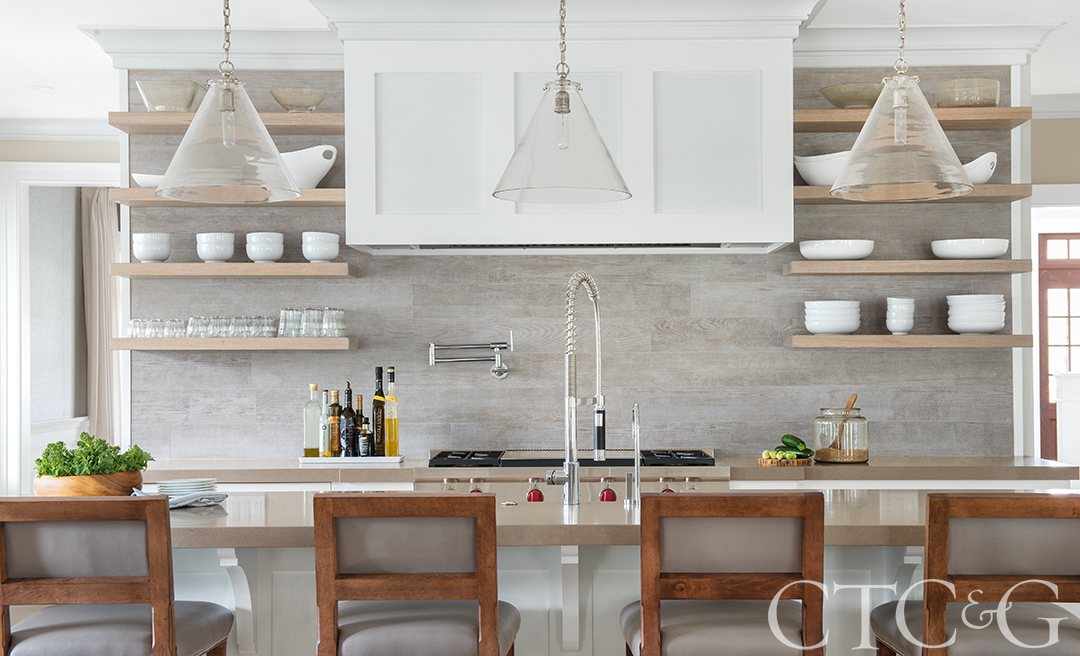 And so it begins, like it often does, with a growing family needing more space. In this case, Connecticut-based architect Rob Sanders had already been around the block with this New Canaan couple: He helped rework an awkward addition on their 1920s house when a third child was set to arrive. Five years later, and growing out of their current house, a late 1950s ranch on a perfect piece of land became available. They pounced. “Luckily, we were still on speaking terms after the first project,” Sanders laughs. “They needed to step up to a larger parcel, and this offered them the opportunity to do exactly what they wanted.”

More space aside, they desired a house that was not too formal, but elegant enough for entertaining. They wanted it to fit in the vernacular of Connecticut but with a younger outlook. “You hear modern farmhouse being tossed around a lot,” says Sanders. “This is more of a modern shingle style.” Sanders brought in TR Building & Remodeling of New Canaan to execute the renovation and Nantucket-based interior designer Kathleen Hay for her signature crisp and streamlined aesthetic. “They wanted a clean, more transitional look with some unexpected surprises,” Hay says. “Clean lines and a light color palette, but warm enough so it didn’t feel cold or sterile.”

Sanders designed the house with a classic center hall feel to it, but with a much more updated execution. Walking in the front door, the staircase is an immediate wow: a modern Chippendale with inset glass panels. “We wanted it to be special,” says Sanders. “The house has big shoulders, so it needed something of a statement. We wanted it to look unique and nothing like a spec house.” Hay specified light oak flooring throughout, which keeps the house from not feeling too heavy or dark. Taupey light gray walls and crisp trim evoke that airy feeling the clients wanted. A dining room off the entrance is more formal than the rest of the house. “She wanted surfaces that look great at night,” says Hay. “This is definitely an adult dining room.” Hay combined subtle shimmer and textures to create an effect that almost glows at night: a buffet with modeled mirror facade, soft, velvety upholstered chairs, and a Phillip Jeffries cork wallcovering with silver metallic thread peeking through. Curtain panels aren’t full-on sheers but have an ethereal effect. “There is nothing granny or heavy in this house,” says Hay. 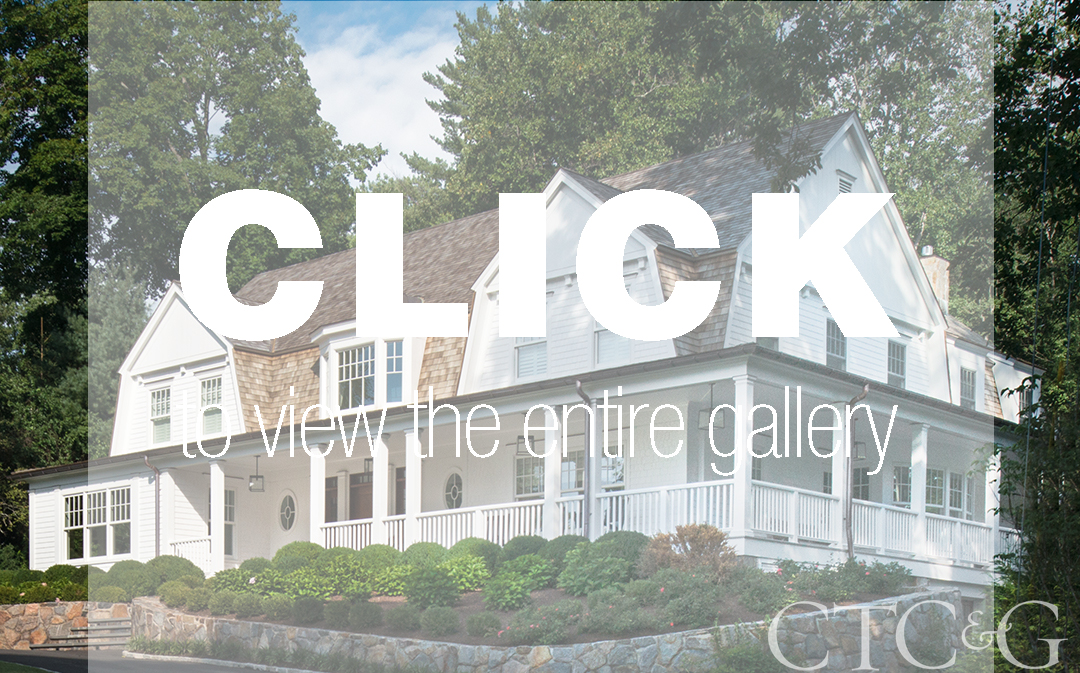 The real scene stealer, though, is smack in the middle of the the house: the kitchen. The husband is in the food industry, so Sanders and Hay were charged with creating it to his exact specifications. “We started with the kitchen in the middle of the space, like an open-kitchen restaurant, and radiated out from there. It’s one of the most interesting kitchens we’ve done,” says Sanders. Adds Hay, “The husband was very specific. Open shelves were a mandate. The challenge was how to make them look interesting and attractive when a room is open to the rest of the house.” Hay specified cerused oak shelves and porcelain tile that looks like wood. “It has that modern farmhouse feel, while being durable and keeping that light-as-air feeling.”

An oversized island with quartzite countertops houses appliances like refrigerator drawers, so fresh food is readily available while entertaining. “He wanted commercial facilities tamed into residential character,” says Sanders. But the real workhorses—double ovens, fridge, freezer, wine storage, pantry—are in an adjoining space, almost a secondary kitchen. “What I like about these clients is that he had definite thoughts about cooking and the wife is very organized—really attentive and thoughtful about all the details of function for an active family,” says Sanders. “As a result, the house is really wonderfully detailed and built out.”

A version of this article appeared in the November 2017 issue of CTC&G (Connecticut Cottages & Gardens) with the headline: Modern Shingle Style.