Tour a Norman Jaffe Original Updated for a Modern Family 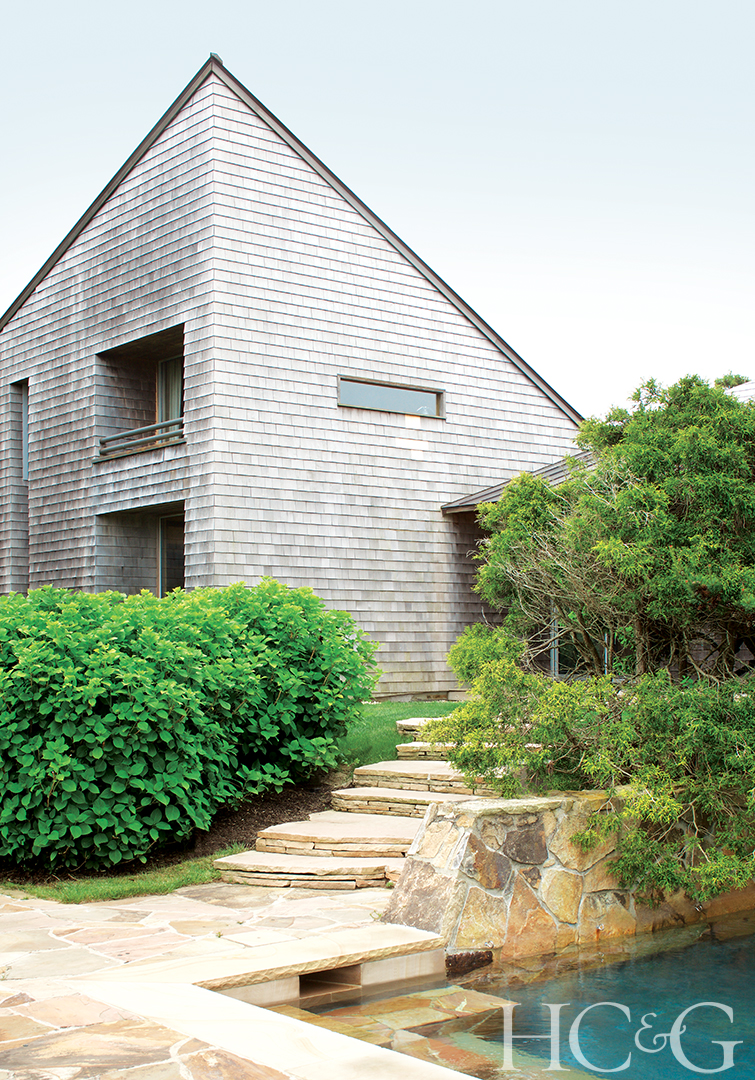 What would Norman do? This was the question facing Miles Jaffe as he set out to create an addition to a house on Mecox Bay designed by his father, the late architect Norman Jaffe, in 1975. The owner wanted to expand the 1,800-square-foot structure to accommodate his young family and asked Jaffe fils to help him ensure an authentic transformation.

“It has always been one of my favorite houses by Norman because of its simplicity,” says Miles. “It has a lovely sense of proportion.” At the time of the home’s construction, the elder Jaffe’s fame was leading to bigger commissions and budgets—he called them “pig-outs”—and this smaller, finely crafted beach getaway was a chance to return to his roots. But 35 years had gone by when his son took on the project, “and lifestyles had changed. I thought, What would be in Norman’s vocabulary if he was going to make it more upscale? The real joy of this job was being able to, in a way, work with my father again.”

The project began in 2007 with a gut renovation of the original triangular part of the home. New cedar was employed throughout, and Miles worked with his father’s mason to incorporate additional rare Crab Orchard stone from Tennessee around the fireplace, intentionally not matched so that it creates compelling shadow lines. An accomplished industrial designer, Miles also built much of the furniture, such as the quartzite and Douglas fir table in the dining room, and his artwork—whimsical riffs on artists’ paint tubes—decorates the walls. Although the house has breathtaking water views, they are only slowly revealed as one navigates through the rooms. “Architecture is theater,” Miles says. At its best, “it creates an emotional experience as you transition through space.” 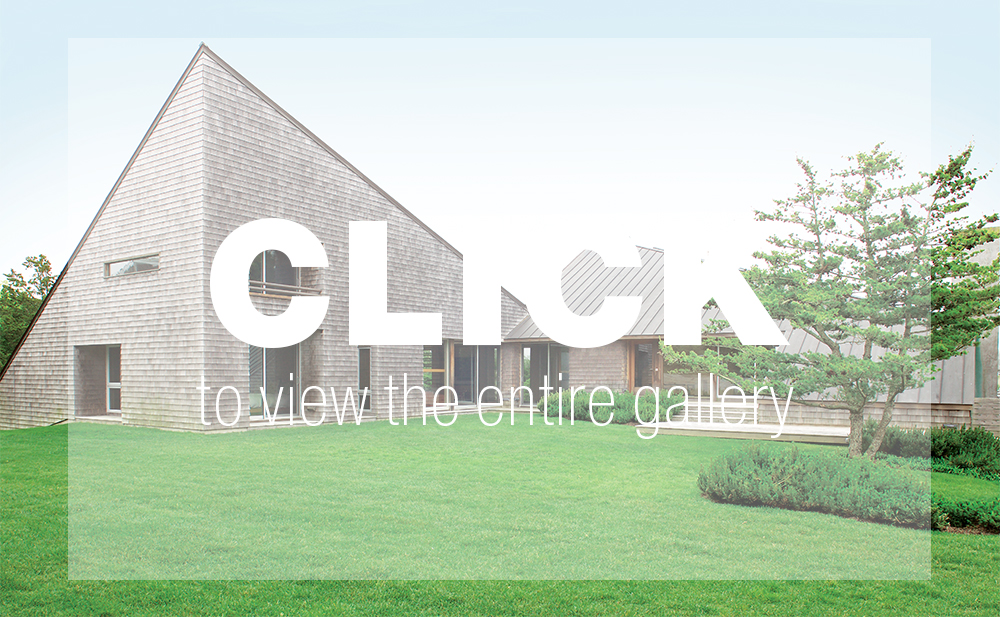 A substantial pocket door separates the older part of the house—comprising the living room, dining room, and kitchen, plus the master bedroom suite—from the triangular new addition, which includes a combination entertaining space and children’s playroom, a bar, and multiple bedrooms. Norman Jaffe was famous for perching houses on sites as if they were sculptures on pedestals, and one of the challenges with the addition was gracefully extending and building on the shape of the 1975 triangle. “I’ve seen a lot of Norman Jaffe houses that haven’t been added onto with a lot of sympathy or understanding,” Miles says. “My job wasn’t to try to do better, but to enhance. I experimented with all these variations and then realized that the original triangle was a beautiful thing, so why not just copy it? You can’t do in an 8,000-square-foot house what you can do in a 2,200-square-foot house. Is bigger better? Can you have the same attention to details? That same thoughtfulness? Certain things are lost automatically.” Indeed, the younger Jaffe’s triangle meshes beautifully with his father’s.

Like his father, Miles Jaffe is a bit of an iconoclast—but one with a sense of humor. As a sort of litmus test for potential clients, he gifts them with a copy of his book, The Hamptons Dictionary: The Essential Guide to Class Warfare, which includes terms such as “Angri-la,” “architorture,” and “cashtration.” If his would-be clients laugh, he says, then he knows that “maybe we can do something together.”

A version of this article appeared in the August 15, 2017 issue of HC&G (Hamptons Cottages & Gardens) with the headline: The Son Also Rises.

This article appears in the August-15 2017 issue of HC&G (Hamptons Cottages & Gardens).