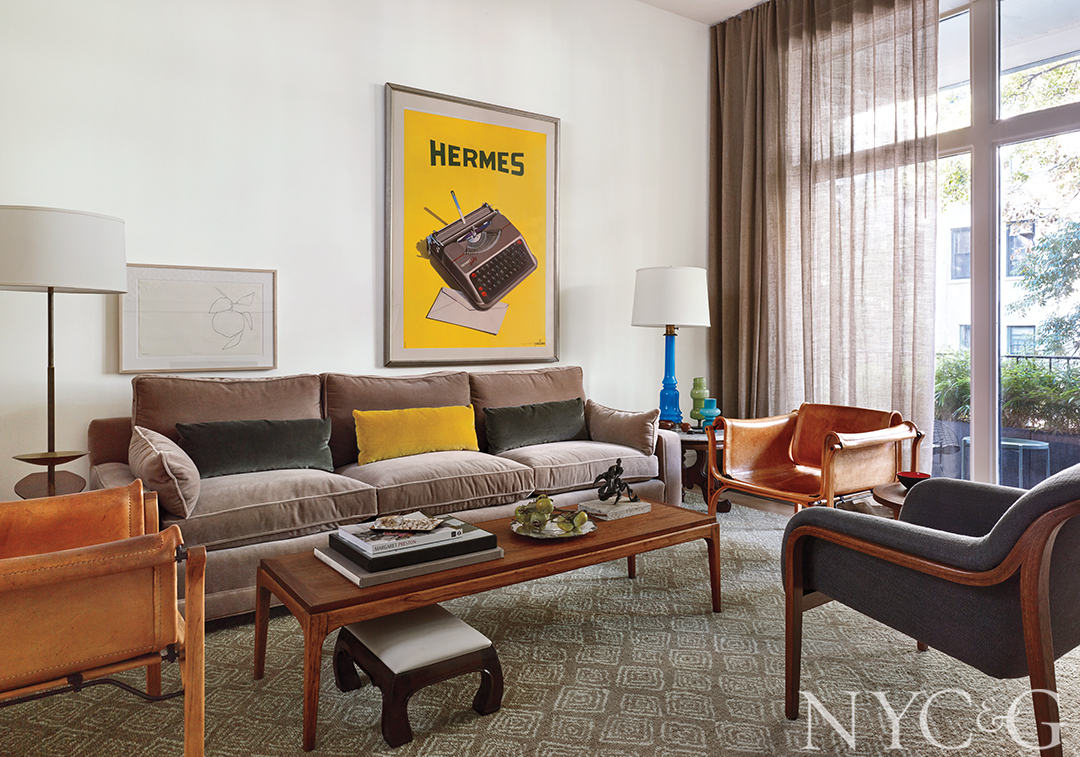 After living in her family-owned rental building on West 12th Street all her life, Carla Weisberg suddenly found herself wondering where to go next after she decided to sell the property a couple of years ago. “My husband and I looked at some doorman buildings, including a few places uptown,” recounts Weisberg, a textile designer who ultimately settled on a parlor-level unit in a circa-1900 Chelsea townhouse. “We realized that we wanted to stay downtown, and this apartment has a lot of charm. It wasn’t necessarily what we were looking for, but it won us over nonetheless.” 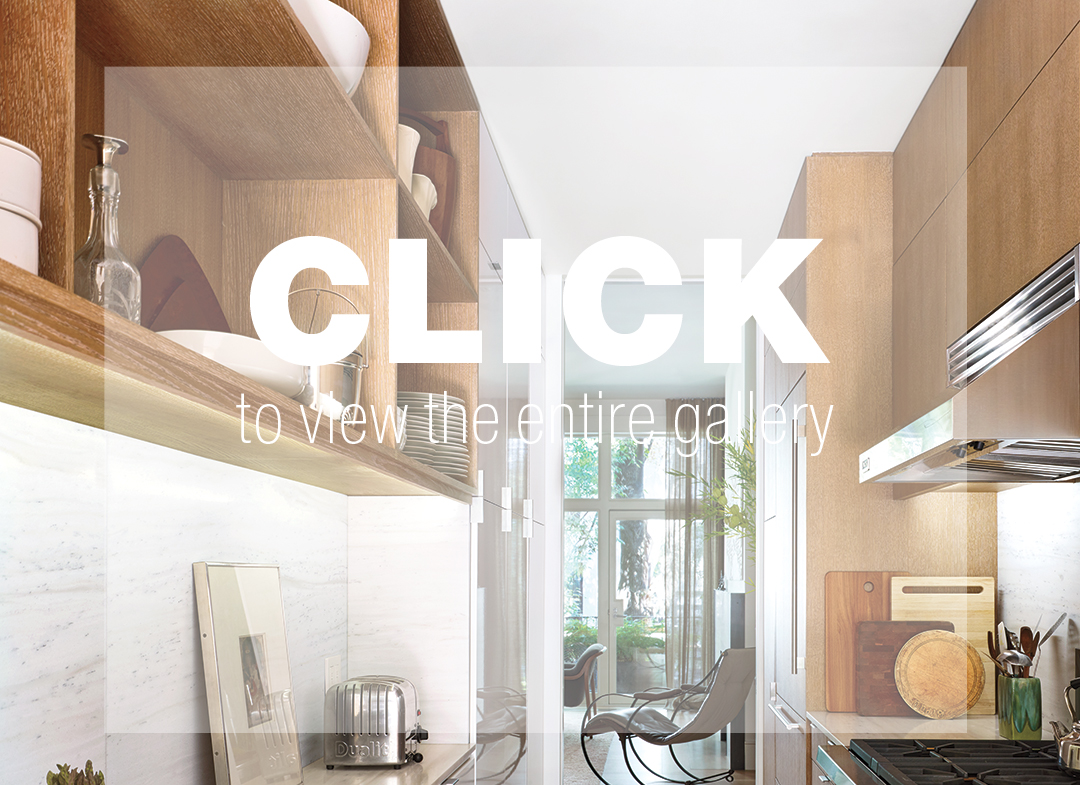 Along with the charm, though, came extensive renovations, so Weisberg asked a close friend of 25 years, architect Chandler Pierce, to help create a home that would live up to the spacious duplex that she had known so well for so many years. After leveling the floors and reinforcing the front façade, Pierce went on to make the 1,500-square-foot two-bedroom—which is double the width of an average townhouse, thanks to a 1980s redevelopment of two adjacent homes—feel even airier.

The architect reimagined the L-shaped kitchen as a longer pass-through, connecting the living and dining rooms, and widened the adjoining hallway to allow for a more gracious entry. He also brought more natural light into both ends of the home by reconfiguring the windows—a feat that required permission from both the Landmarks Preservation Commission and the building’s co-op board. In the dining area, which faces the street, Pierce restored the window openings to their originally intended height and installed new triple-hung windows. And off the living area, a pair of glass doors was replaced by a modern steel-and-glass wall of windows and a door leading to the terrace. “We kept the private and public areas separate throughout,” comments Pierce, “because the clear definition between them makes the residence appear larger than it actually is.”

With the construction out of the way, Weisberg and Pierce began collaborating on the interiors. “I tend to go more modern than Carla does, while she goes more colorful, so we temper each other,” says Pierce, who worked with Weisberg to map out a neutral scheme with a minimal palette of materials: The cabinetry and floors are oak, Stellar White marble anchors the kitchen, baths, and fireplace surrounds, and wall colors in every room extend to the ceiling. The result, Weisberg says, is a “calming, beautiful envelope” for the furnishings, roughly 70 percent of which are vintage pieces that she previously owned. “My parents were both industrial designers and sculptors, so I had a lot of great stuff from them, plus artwork from friends. Some people want to start totally fresh, but that’s just not the case for me.”

A version of this article appeared in the May/June 2019 issue of NYC&G (New York Cottages & Gardens) with the headline: Winning Combination.