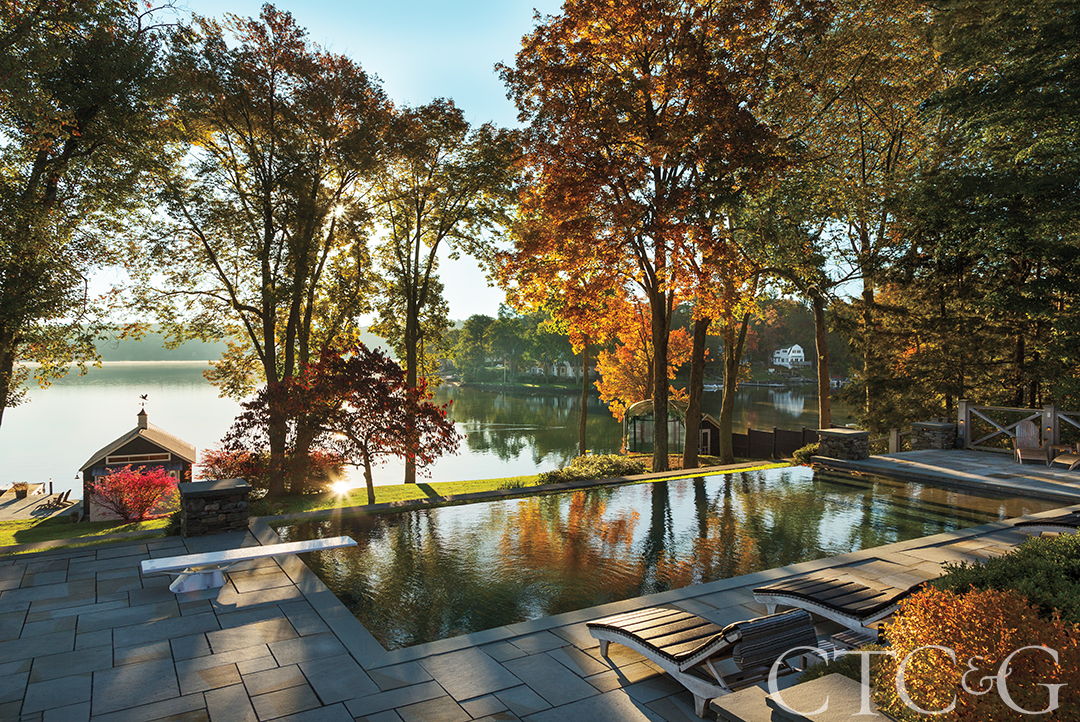 We’re obsessive about how people see and speak and interact with one another,” architect Andrew Bartle says by phone from his Manhattan office, where he’s looking at images of a Bantam Lake weekend house he renovated for repeat clients. Before working on this main house, done in a style he calls “casual modern,” his firm, ABA Studio, finished a guesthouse for them. They loved the smaller home, but were outgrowing it, and wanted to re-inhabit the existing house that, though large, felt to them more like a series of storage units and closets than the free-flowing lake house they desired.

The house had gone through at least three renovations in its lifetime, changes that had led to a warren of hallways and disconnected rooms. When the homeowners bought it, they found a maze that certainly didn’t help anyone relax, and definitely didn’t help anyone to clearly see, speak and interact with one another. All that has changed after Bartle’s and project architect Ken Lake’s interventions, which centered around reorienting views “that would unify both the building and the property,” opening up the interiors, and introducing a sweeping glass catwalk. The central addition was an immense chimney structure that goes up through a skylight and around which the house flows. 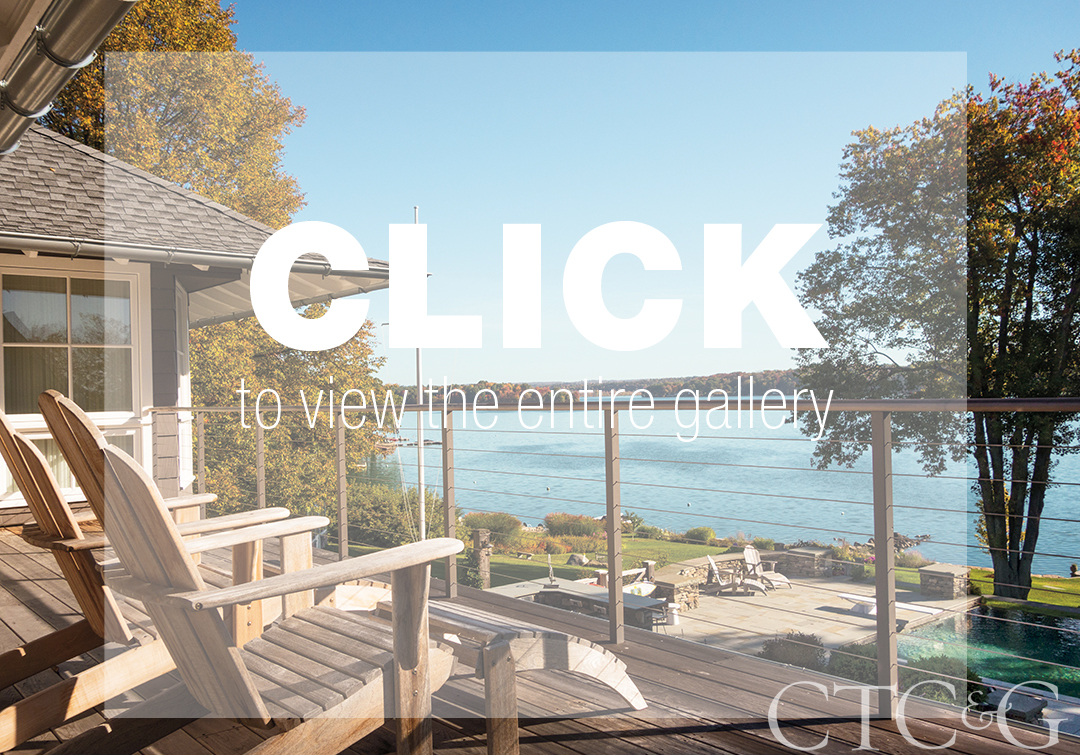 “Ken did a rather elaborate job on the fireplace brickwork,” Bartle says, admiring the clarity of the redone surfacing. The firm effectively doubled the size of the existing chimney and wrapped the flues around each other—creating a sense of orientation toward both its intricate brickwork and powerful structural addition. Focusing on the chimney was part of a general move toward producing a house in which the hearth is the home. But the architects aren’t using “hearth” to mean “kitchen,” as some people do. They’re literally talking about the hearth, because this kitchen “doesn’t feel like a kitchen, it feels like a room that has big marble tables,” long swaths of white marble that work as cooking and eating surfaces. “There’s no ghost of a suburban kitchen,” Bartle says. “It’s more European—a room that food happens in.”

That sense of happenstance and easiness ties back to the idea of interaction and viewing, a theme that continues throughout the house. The glass bridge separates the owners’ suite from the other bedrooms, while a little balcony underneath a major central skylight is “a complicated social idea.” Bartle describes an ideal scenario, in which one of the owners could have a particular kind of social observation and communication, “where she can step out of the bedroom and talk to the kids downstairs” via the catwalk, or, because “his office is down behind that almost-balcony-like space, he would come out of his office and stand there, and say ‘you gotta see this, UVA has won another basketball game.’”

Where the inside is all about sightlines and close family, the exterior is all about unifying this previously disparate and architecturally scattered house. What was once a narrow hallway has become a glassed-in-porch-slash-interstitial-gathering-space, furnished with iconic Swiss chairs overlooking the lake. “The room behind it was added in the ’70s in a very awkward way, and we didn’t want to connect it with a narrow hallway and door,” Bartle says. “We wanted the house to offer lots of different opportunities for socializing.”

While the interior has been dramatically reorganized, the only shift to the envelope was the addition of another screened-in porch, which balanced the house on the exterior. “The whole space was very consciously thought of as a kind of unified exterior zone,” Bartle says. “They have a lot of choices—either in the glassed-in window, or the open screened porch, or the complete open porch.”

It’s a house that’s all about sightlines and the joys of unexpected connection. “Part of being a family is observing yourself as a family,” Bartle says. His obsession paid off.

A version of this article appeared in the June 2018 issue of CTC&G (Connecticut Cottages & Gardens) with the headline: Lake Effect.