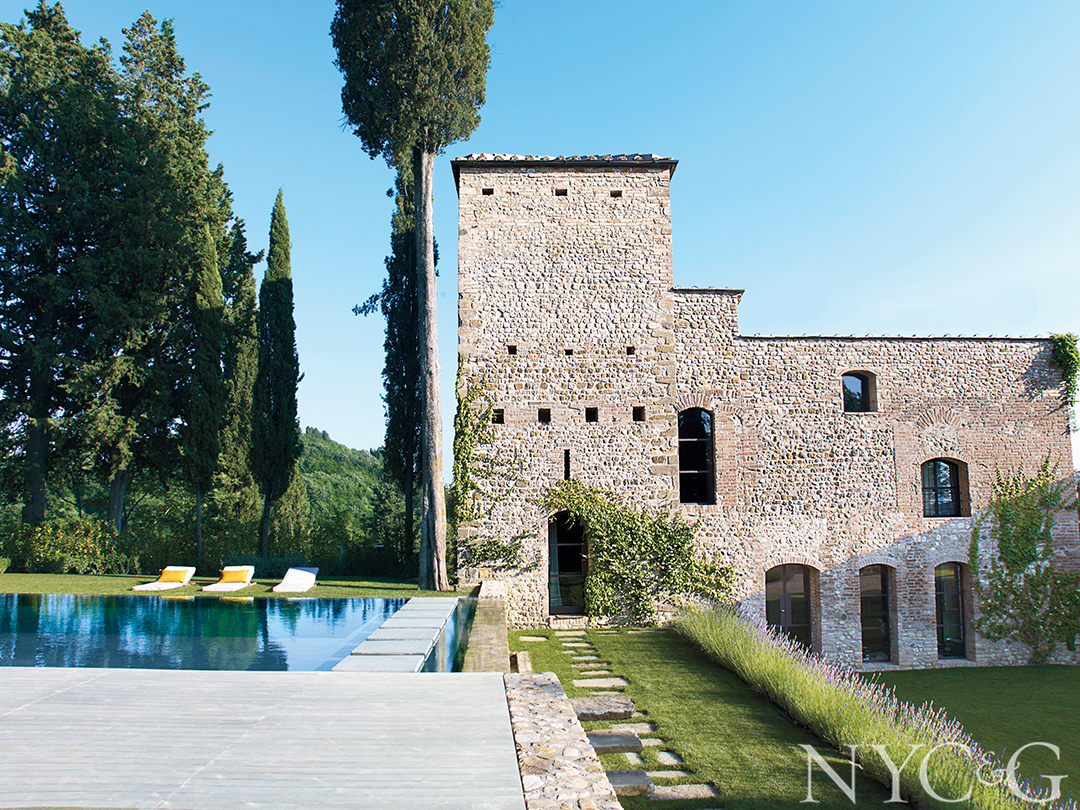 No less a literary titan than Dante Alighieri, the so-called father of the Italian language, gave the name Uglione to this 13th-century castle inhabiting a small bump in the undulating Tuscan countryside. Dante was born in Florence, the Tuscan capital, and if there are ghosts floating about Uglione’s hallowed halls, they could likely be traced to the famous lyrical poem Divine Comedy. Dante mentions Uglione in the work and was rumored to have stayed here several times.

More than 700 years later, Uglione has been elegantly restored into an utterly modern, understatedly chic country house for London-based Arnaud Massenet, Caroline Sciamma-Massenet, and their four children. Massenet, a French hedge-fund manager, co-founded the fashion portal Net-a-Porter with his ex-wife, Dame Natalie Massenet, and Sciamma-Massenet began her professional life in front of the camera as a top model. Since that time, she has collaborated with fashion-world personalities like stylist Melanie Huynh and editor Carine Roitfeld, and more recently has become the creative director of her own label, Skiim, designing high-end leather goods for women. 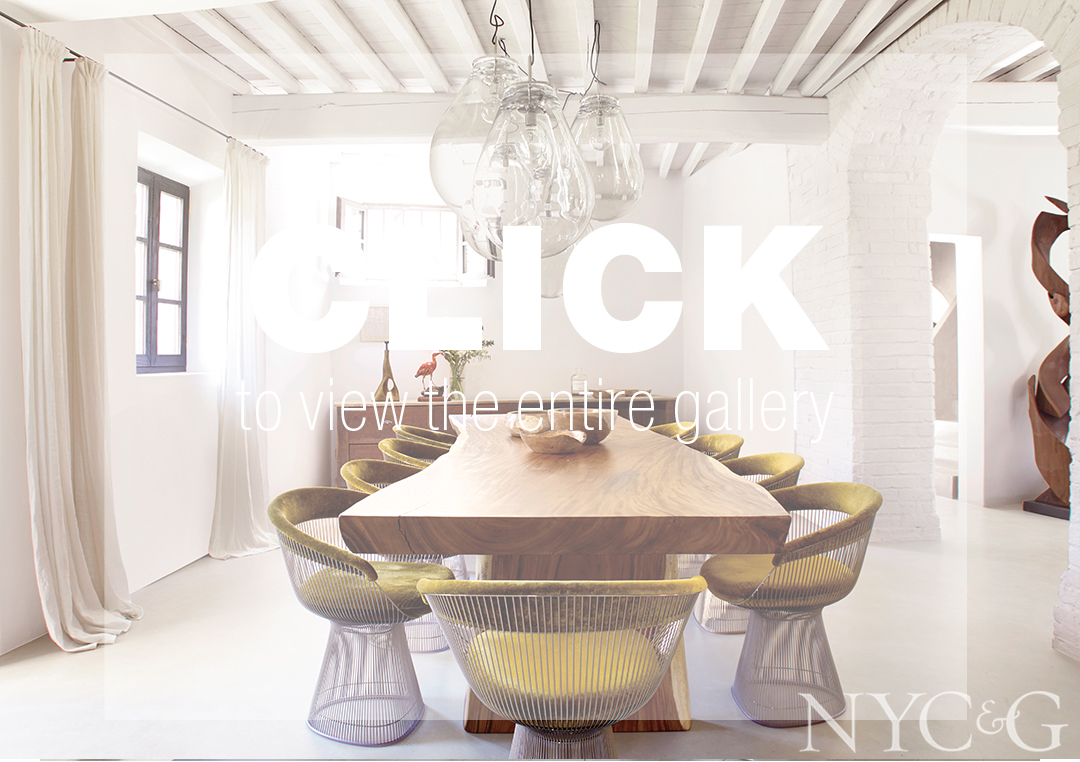 Several years ago, Massenet visited Tuscany on a business trip and was instantly spellbound by the region’s magical topography. While there, he was introduced to Vina Matos, an architect and designer who, with her business partner, Anna Herzog, has filled a niche by developing stylish Tuscan bolt-holes for a discerning international clientele. Massenet told Matos to call him if she ever found the “right property” for him and his family. “It took three years, but I eventually came upon the ruins of an incredible old castle that was said to have been featured in Dante’s Divine Comedy,” Matos recalls. “But Vina,” Massenet asked when he arrived to survey the crumbled walls and old tower, “how can we retrofit an ancient castle?” Matos’s answer was simple: “We’ll make a multilevel living quarters for your four children, and they’ll transform into princes and princesses before bedtime every night.”

If it sounds like a fairy tale, the endeavor was all that and more, with a lot of romance and wizardry thrown in to make the family’s dreams come true. Matos and Herzog transformed the deteriorated structure into a nine-bedroom, three-building complex boasting a knife-edge pool and landscaped grounds infused with the scents of cypress trees and lavender. “Everything was restored, by the best artisans from Florence,” Matos says. “A lot of the region’s artisans are keeping old-world crafts alive, and it was important not only to give new life to Uglione, but also to ensure that the job was done in the artful way that history dictates.”

The predominant palette for the interior is a mix of traditional materials like wood, stone, and polished concrete, which provides a textural backdrop for airy modern furnishings and comfortably upholstered seating pieces throughout. Just as important are the exterior living spaces, where the family spends most of its time, lounging alongside the sleek pool or in the outdoor dining area, with its staggering views of the rolling hills. Here, the Massenets enjoy watching day turn into night, sharing the outdoor fire pit with friends, the magical spectacle of fireflies, and a starry sky. While all the work was being done, Sciamma-Massenet recounts, the couple both decided to read volumes of the Divine Comedy. “It was just something that had to be done,” she asserts. “It kind of guaranteed a good energy once we had moved in.”

A version of this article appeared in the December/January 2019 issue of NYC&G (New York Cottages & Gardens) with the headline: Tuscan Triumph.