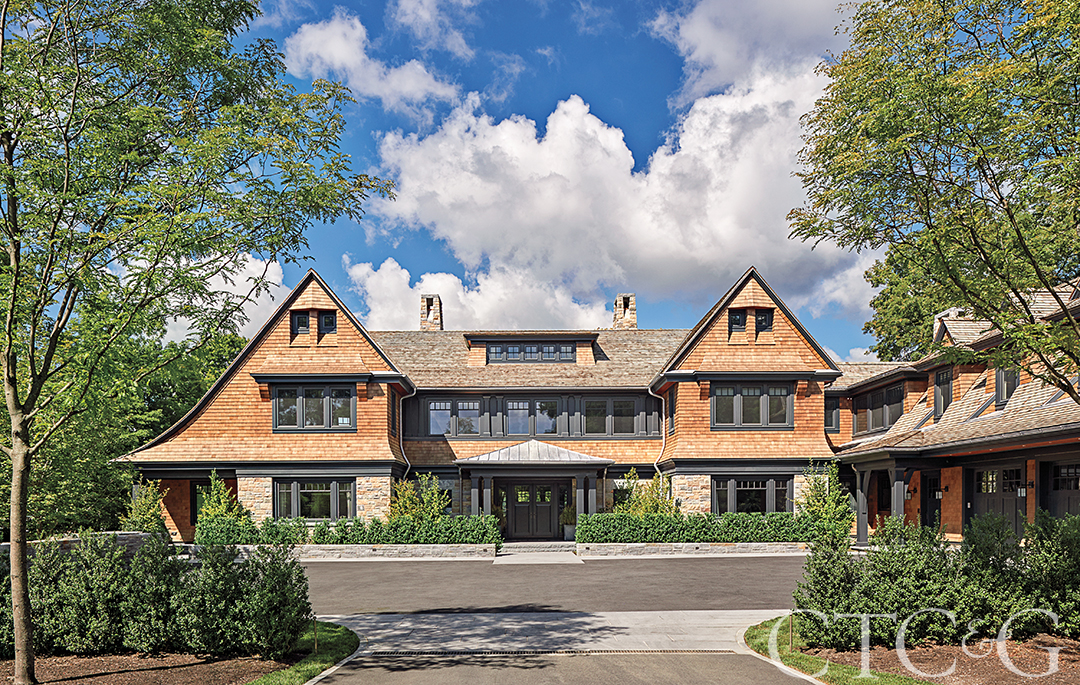 Imagine a young couple with three teenagers and a passion for modern architecture deciding to build a house in coastal Connecticut. Sensitive to the local vernacular—and their future neighbors—they did what any savvy homebuilder would do. They compromised. “We both really like shingles, and we thought the site could pull off a dark shingle,” says the wife. “The mass of it would be fine. Inside, we wanted to bring it along in a more transitional way.”

Their wish list included having enough space to handle a crowd. “We love to entertain. We wanted to create formal and informal spaces inside and outside to be able to do as much of that as we want,” she says. Equally important, they wanted space for their growing collection of art, mostly emerging modern artists. That meant dispensing with traditional paneling and keeping interior walls clean and streamlined.

The couple turned to the prestigious firm of Shope Reno Wharton to carry out their vision. “The main strategy was to explore a contemporary and modern feel in the interior, while maintaining a contextual and traditional shell,” says Michael McClung, the lead architect on the project, which was built by SBP Homes. From the outside, the profile is that of a classic shingle-style home—dormers, gables and a sweeping veranda edged in stone—all perched above a broad sweep of lawn that falls to the water’s edge. A ribbon of framed windows above the entry door, with a single grid of muntins placed toward the top of each light, hints at the modern sensibility inside. 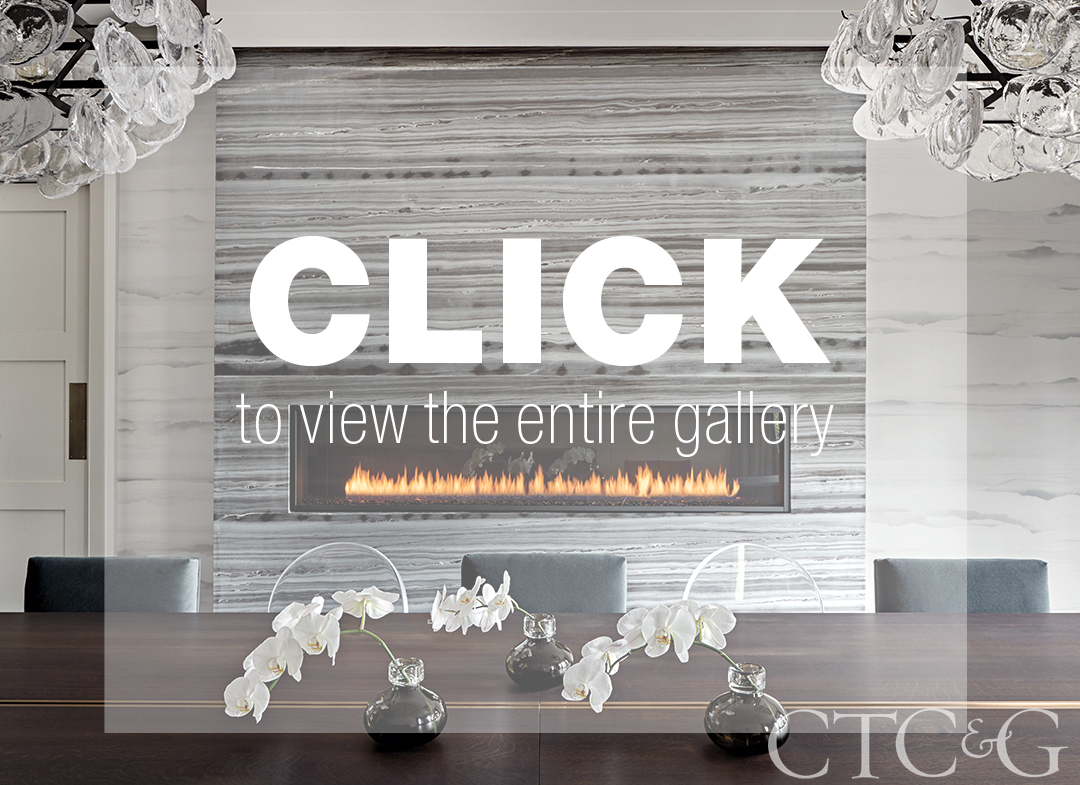 That sensibility is reinforced by the prodigious use of oversized picture-frame windows upstairs and down. “The beautiful natural light and the open flow of space is what helps the interior feel modern,” says McClung. In the family room, for instance, a clerestory of dormer windows tucked into the trusses of the vaulted ceiling makes the light-filled room even brighter. A state-of-the-art acoustic absorption system was built behind the ceiling’s rift-oak shiplap; the stone fireplace mirrors the exterior stone—adding authenticity and a visual connection to the outside architecture.

The marriage between the two architectural styles is on display in the dining room, where a rectilinear gas fireplace is set into a floor-to-ceiling stone monolith; in the kitchen, where traditional molding anchors the rift-oak flat-slab cabinetry; and in the back of the house, where a black steel staircase floats down to the mudroom. “We didn’t want an abrupt transition from traditional to modern,” says McClung. “Instead, we took the modern pieces and inserted them within traditional elements.”

This strategy inspired designer Amy Hirsch, who took her cue from the “the yin and yang of it.” “This is an American shingle-style house with a coastal feel. The scene outside is always changing,” notes Hirsch. “The question for us was, how do you make the interior a part of that?” For starters, incorporating a mix of grays, the client’s favorite hue, with a canvas of white walls, which serves as a backdrop to the view and the artwork, rather than competing with them.

Another challenge? “There is a formal and an informal side to the house,” says Hirsch. “And there were many different needs within each one of those spaces.” In the family room, for instance, she introduced earth tones and natural materials, which balance nicely off the massed stone and woodwork. In the living room, with its mirror-image fireplace surrounds, the mood is more elegant and refined. Designed for large- and small-scale entertaining, the space is divided into two separate seating areas, each defined by rich hues, cotton velvet fabrics, accent pillows that sport a touch of shimmer, and wood floors stained a rich chocolate brown, that almost reads black.

Back outside, color and modernity take center stage in the pool house—essentially a mahogany box with glass doors. The homeowners commissioned spray-paint artist JB Snyder to create a work for the interior wall; the changing room features a backdrop of cobalt blue glass tiles. “The pool house is this wonderful surprise—an unbelievable sensation of color and texture in a minimal form,” says Hirsch. “All the doors and walls retract and disappear into this pocket. It’s magic.”

A version of this article appeared in the March 2019 issue of CTC&G (Connecticut Cottages & Gardens) with the headline: Shingle-Style Synergy.