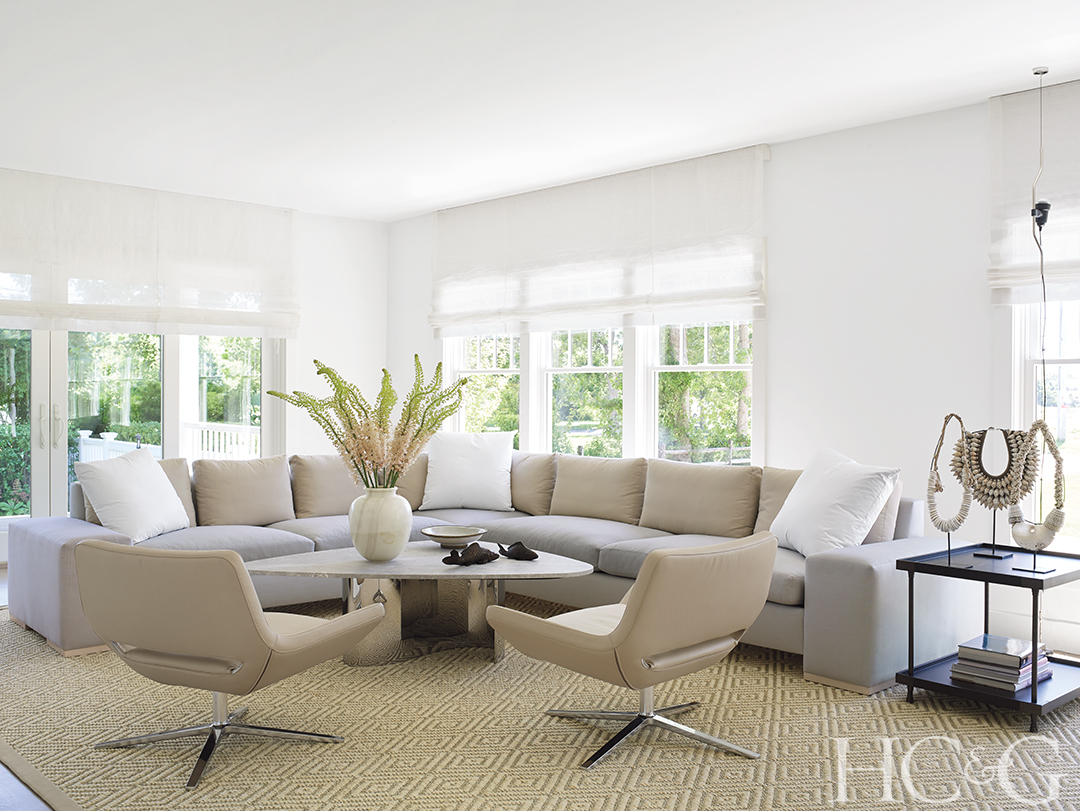 There comes a time when the house you bought more than 20 years ago is showing its age and no longer meshes with the way your family lives. For Fred and Michelle Brettschneider, the reality check came last year, when they decided to make over the Water Mill weekend house that they had bought in 1997. Working with architect John Laffey, they added a new wing containing an office, a ping-pong room, and guest bedrooms, after which they called on interior designer Vicente Wolf to tie everything together visually, while keeping the home unpretentious and family-friendly at the same time.

Having previously worked with the Manhattan-based Wolf on their primary home in Scarsdale, the Brettschneiders knew that he would bring an air of cool sophistication to their freshly reinvigorated digs. “I have loved what Vicente has done for a very long time, even before we hired him for our Westchester house,” Michelle Brettschneider says. “He has a clean, contemporary style, and his color sense creates an overall cohesiveness.” 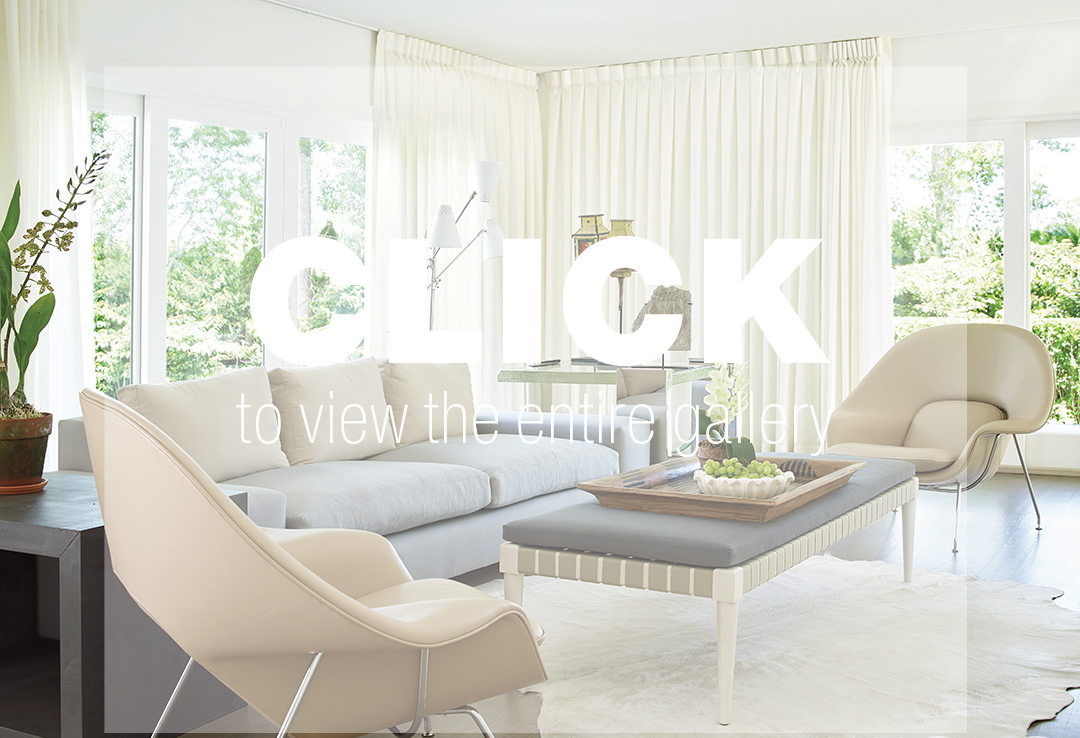 Wolf’s modernist design approach is immediately apparent upon opening the door to the newly loft-like Dutch gambrel home. The front entry, which incorporates the stairway to the second floor, is open in all directions, including up. The Brettschneiders had wanted the staircase to appear as though it were floating, so a Sheetrock wall flanking it was replaced with a panel of luminescent frosted glass, and a glass railing now runs alongside the treads. Tempering the drama of the double-height space are three rustic totems positioned next to the staircase and a vintage Javanese desk that smartly delineates the edge of the living room while offering protection to three wool “boulders” underneath, a conceptual piece by a South African artist.

The pale white, cream, and caramel palette established in the entry flows throughout the main floor, evident in textures and fabrics that range from wood to sisal and cowhide to cashmere. The slight variations in color quietly amplify the views of the verdant property, while a Zen-like continuity subtly underscores the calm interiors: Tabletop and counter thicknesses are the same; sofas are identical in both the living room and the den off the kitchen; all windows and doors overlooking the garden are dressed in the same pinch-pleated linen; and elegant I-beams, powder-coated white, add structure and integrity. “Shy of the dining room, the main-floor rooms are also multifunctional,” Wolf notes, adding that “you can watch television practically anywhere, including outside.”

The outdoor television, while large, doesn’t detract at all from the casual alfresco sitting and dining areas and adjacent grounds, which Wolf collaborated on with James Doyle of Doyle Herman Design Associates. Honey locusts arc above a dining table on a pea-gravel terrace alongside the pool, which is also flanked by chaises and umbrellas and a clever aluminum-framed four-poster daybed with pull-down shades—ideal for reading or napping on warm summer days. “Our guests love it,” Fred Brettschneider says of the cozy escape. “And so does our English bulldog—we can’t ever get him out of there!”

On the upper story, which provides sweeping vistas of the gardens and neighboring fields, Wolf’s pale palette gets a little bit more adventurous. “I like bedrooms to feel special, even if they’re only guest rooms,” says Wolf, who painted the Brettschneiders’ daughter’s room a muted Tiffany blue. “Each room upstairs has its own personality, defined by color and fabrics and accessories.” Such is the case with Fred Brettschneider’s office, clad in business gray, and the glamorous master suite, where mirrored night tables shimmer and a sculptural chaise is a prized destination on quiet afternoons. “Vicente transformed the way we use the house and created a place that really works for us,” Michelle Brettschneider enthuses. “It’s incredibly comfortable, and beautiful, too.”

A version of this article appeared in the September/October 2018 issue of HC&G Hamptons Cottages & Gardens) with the headline: Sleek Sanctuary.