Tour a Southampton Abode that Embodies its Natural Landscape 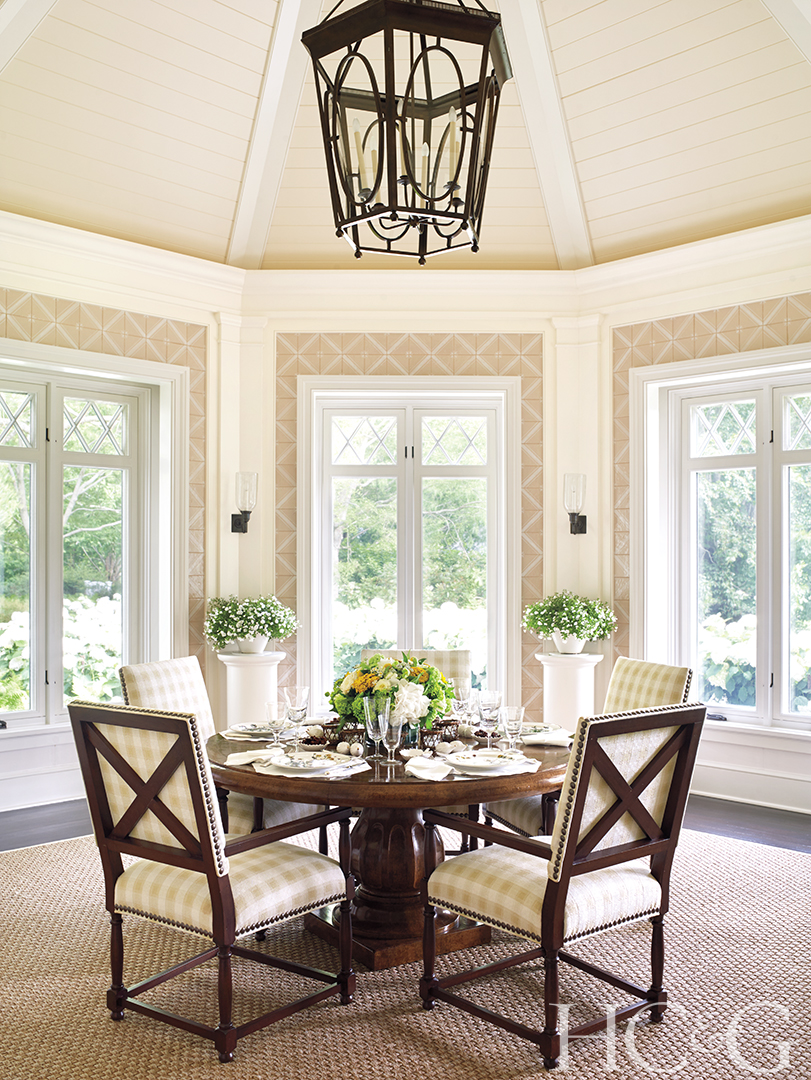 In 2004, Audrey and Martin Gruss came across a property in Southampton’s estate section formerly owned by Gillis MacGil Addison, a popular fashion model in the 1950s. The couple, who had been dividing their time among their homes in Palm Beach, Manhattan, and London, were searching for an East End retreat, something that would be a respite from their busy travel schedules and philanthropic initiatives. Over the course of two years, they planned a new shingle-style home that incorporates both traditional and contemporary elements and is a lesson in timeless elegance, grace, and ease. “When we come to the house, we sigh and relax,” Audrey says. “There is a true Zen feeling here, with the natural beauty of the trees and the green all around. To build the structure, she and her husband worked with architect Douglas Wright, then a principal at the firm Hart Howerton, with whom they had also worked on a polo estate in Greenwich, Connecticut. “Doug’s trained in classical architecture, but really understands modern living.”

The six-acre lot, featuring many mature specimen trees, “provided an extraordinary setting,” Wright says. “The house is situated so that all the main rooms face south onto the large lawn and are well lighted throughout the day.” In addition to the main structure, the Grusses also built a large pool house with vaulted ceilings centered around banquettes and round tables where they can entertain up to 100 guests. The pièce de résistance: a regal row of ‘Annabelle’ hydrangeas leading from the house to the pool and pool house. “The hydrangea walk is breathtaking at night, when we put up torches along the path,” Audrey says.

Wright was deeply familiar with the Grusses’ interest in the formal houses of McKim, Mead & White, especially Box Hill, Stanford White’s own house on Long Island. “Twin peaks face both front and back,” Wright notes, “and the long porch stretches across the back façade to the lawn. The porch knits together the entire first floor, providing multiple spots to sit, talk, and look at the gardens.” The property also includes an apple orchard with a whimsical sculpture of a hand clutching an apple (by artist Edwina Sandys, a granddaughter of Sir Winston Churchill), a small pond, and a circular pavilion that houses a car collection. “Sometimes we have a parade and lunch, and friends bring their favorite vintage cars,” Audrey says. 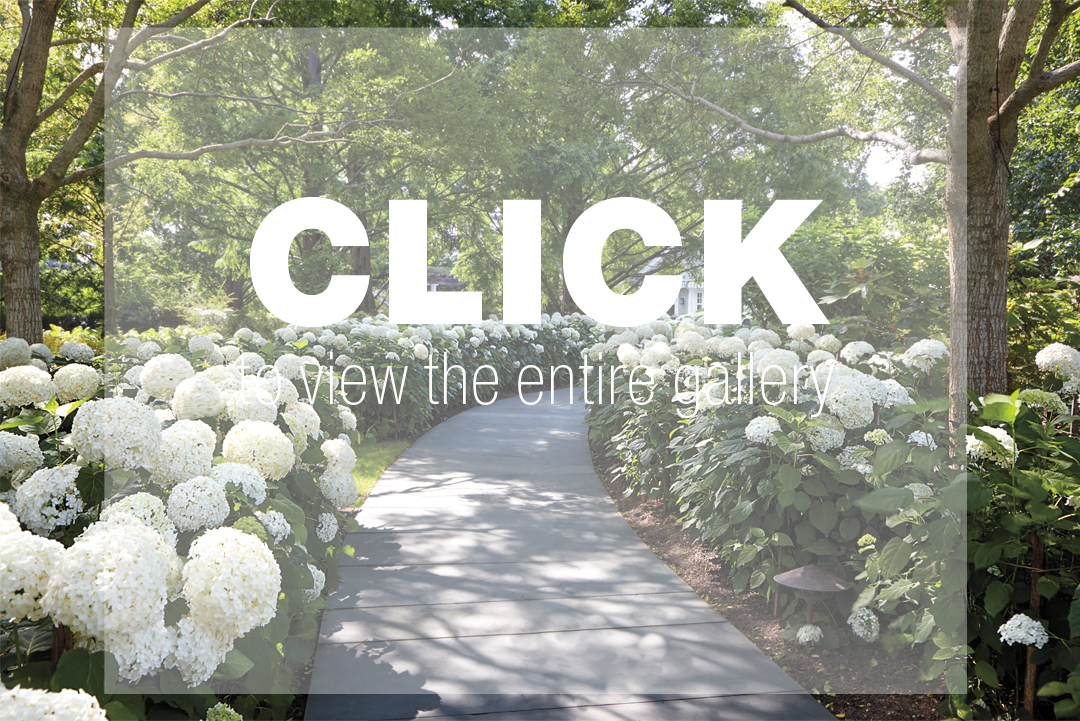 In the main house, front doors open onto a grand foyer with a sight line through the living room to the gardens, gazebo, and reflecting pool. Working closely with interior designer José Carlino, Audrey chose a soothing neutral palette. “The inside of the house flows to the outside,” she says. “We’ve taken the tones from whites to beige to taupe to brown. It reinforces a natural essence.” An avid gardener, Audrey has also established a cutting garden and a flower-arranging room replete with multitudinous vases.

Despite midsummer’s profusion of hydrangeas, her favorite flower is lily of the valley, the humble short-lived blossom of early May. “They only bloom for one week, when I make about 40 bouquets in bubble vases and send them to all my friends,” Audrey says. “It was my mother’s favorite flower, so I incorporated it into the fragrance I made called Hope.” Proceeds from the Hope fragrance go to Audrey’s charity, the Hope for Depression Research Foundation, which is named for her mother and has been conducting cutting-edge research on depression in the United States.

Interiors-wise, Audrey likes to strike a balance between old world and new: “The look is timeless and intended to feel fresh and contemporary,” she says. The study, for example, features Chinese Tang Dynasty terra-cotta polo ponies opposite the work of an English abstract artist, whereas the breakfast room eschews traditional blue and white Delft tile for neutral shades of taupe and white instead. Textures range from a lacquered tobacco-leaf wall covering in the gentlemen’s bathroom to her white marble dressing room floor, inspired by the Palace of Versailles.

“I love the idea that the house was built out of our collection,” Audrey says—from local finds to English pieces bought “whenever we’ve traveled to the shows. We wanted the home to reflect our passions about art.” A recent acquisition, a Lee Krasner painting in the formal dining room, has the Grusses quite excited. “We are madly in love with it,” Audrey says, “and I cannot wait to arrange coral and lavender sweet peas in a centerpiece to reinforce the color in the painting.” Even the property’s birch trees are reflected in a wall covering hand-stenciled by an Italian artisan. “It’s very subtly rendered in tone on tone, and it’s beautiful at night when the light and shadows interplay.”

A version of this article appeared in the September/October 2019 issue of HC&G (Hamptons Cottages & Gardens) with the headline: Fairwind.