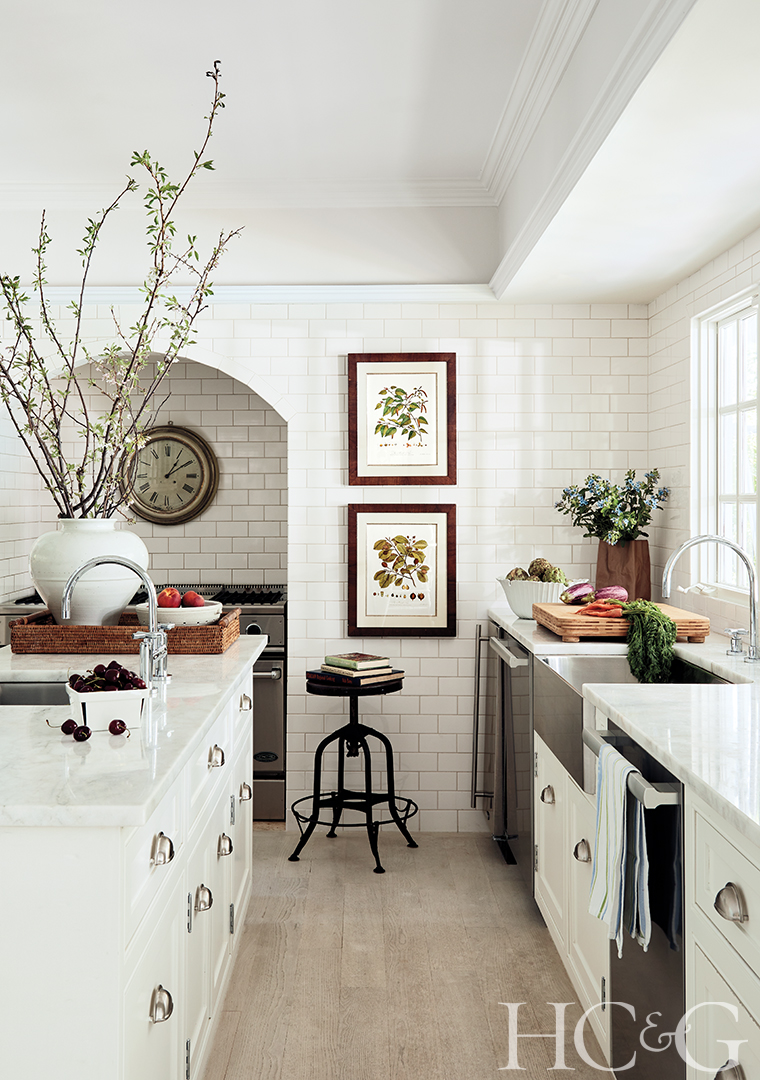 The Bridgehampton home that Nancy McCormick shares with her husband and three children is so thoroughly attractive, instantly welcoming, and subtly curated, it’s hard to imagine it ever looking anything but pristine. But not long ago, it was nearly in shambles.

“My housekeeper called during the middle of Christmas vacation to tell me the living room was submerged in water,” recounts McCormick. It turns out a pipe in her older son’s bathroom had burst, and because the family was traveling for the holidays, nothing could be done until McCormick returned. But she hit the ground running.

“As soon as I got back to New York,” she says, “David and I headed straight to Bridgehampton to try to figure out what could be salvaged.” David is David Lawrence, her longtime decorator and friend, who has worked with McCormick for years. David shares the Manhattan-based design studio Carlos David with his partner and architect Carlos Garciavelez.

The prognosis on the house was grim: “Ninety percent of the furnishings were destroyed,” Lawrence reports, “and all the walls, floors, and ceilings were completely saturated. Even the windows had to be replaced.”

Not surprisingly, what started as a rescue mission became a nearly full-on do-over. “Well, you know how it is,” Lawrence concedes. “You change one thing, and you start seeing other things that could stand a little freshening up.” Like tearing down the wall between the kitchen and butler’s pantry and creating one gleaming white room, for instance.

In the end, McCormick estimates, about half the place was rebuilt, a major transformation from the house that it had started out as when she first moved in about 15 years ago. “I loved the earlier version of the home David did for me,” she says, “but as the kids got older, we started spending more time here year-round.” 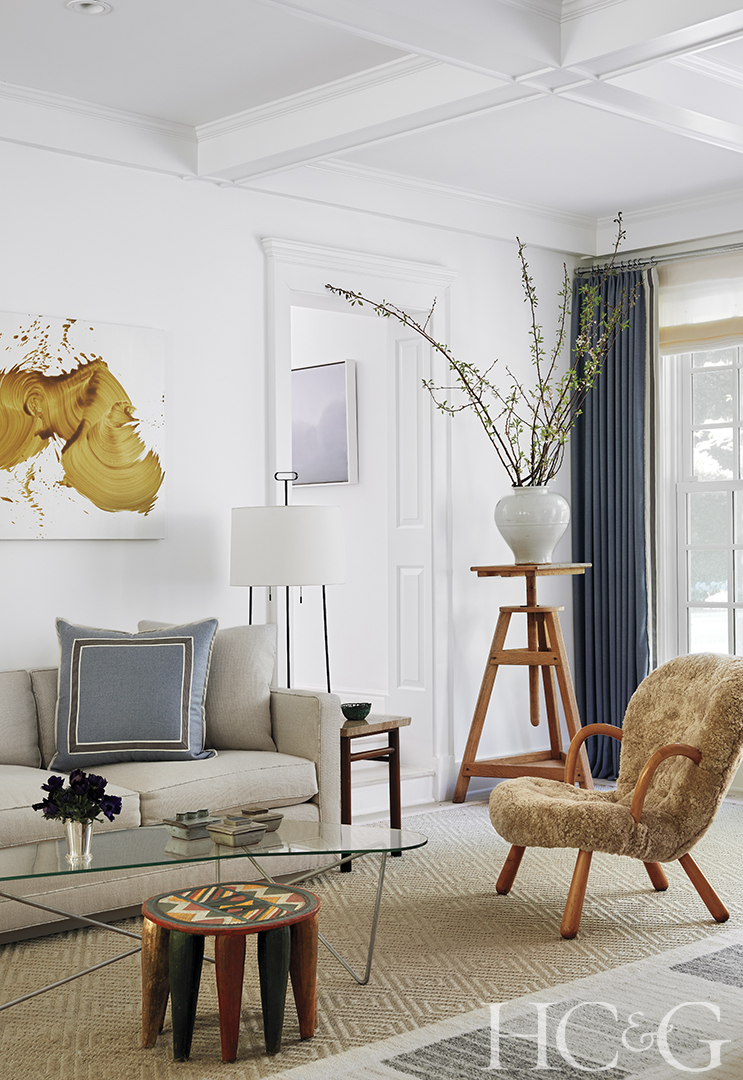 The flatweave area rug and sisal rug are both from Stark, and the Philip Arctander armchairs, upholstered in their original 1950s sheepskin, are from Wyeth. The painting is by James Nares. Photography by Read McKendree

In rethinking the interiors, the envelope was brightened with new bleached flooring and walls painted Benjamin Moore Super White, Lawrence’s favorite white. Then the accessorizing began, starting with geometric-motif carpets and rugs that bear a slightly retro ’70s groove. “For Carlos and me,” Lawrence says, “decorating is about layers. It’s how you make things look authentic, like people have lived with them over time. I don’t like rooms that look like a designer walked in and just waved a magic wand.”

Not all the rooms are white, however, and there is a lot of blue— not so much navy, as in the home’s first iteration, but moodier, more introverted. And while the house generally comes across as light and bright, some rooms have been cozied up with darker hues. “The dining room started out white,” says Lawrence, “but it looked a little sterile, so we installed a soft gray Phillip Jeffries grass cloth instead.”

The furniture, which includes a handful of custom pieces by Carlos David, is “intended to look like a collected assortment of family, vintage, and antique items,” comments Lawrence. There are even some mid-20th-century stunners that are not “the usual suspects.” Case in point: a pair of vintage Philip Arctander armchairs in the living room, upholstered in their original 1950s sheepskin. 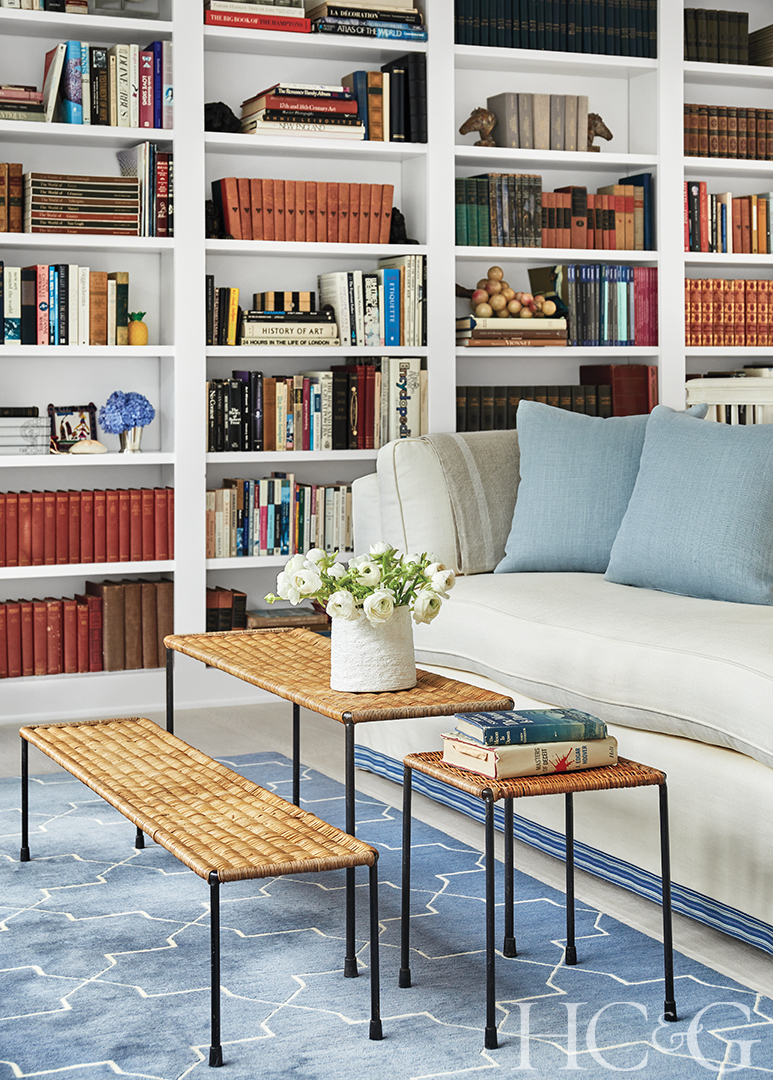 Vintage Austrian nesting tables by Carl Aubock sit on a Madeline Weinrib rug in the library.Photography by Read McKendree

Virtually nothing seems out of place, from the 18th-century painting in the dining room—which hung in McCormick’s beloved grandmother’s house in Seal Harbor, Maine—to the contemporary rug in the library by textile designer Madeline Weinrib.

So, can a flood have a silver lining? “It resulted in an unplanned update to something we’d done quite a few years ago,” McCormick reflects. “Now I feel like the place works in the winter as well as in the summer, and we were able to focus on areas in the house where we spend the most time.” That includes the kitchen, which was “confining, because the original house was small,” Lawrence adds. “Now the whole family fits, with room to spare.”

The print version of this article appears with the headline: Fresh Start.
Subscribe to C&G

This article appears in the September 2021 issue of HC&G (Hamptons Cottages & Gardens).