Tour a Springs Home Complimented by a Calming Meditation Garden 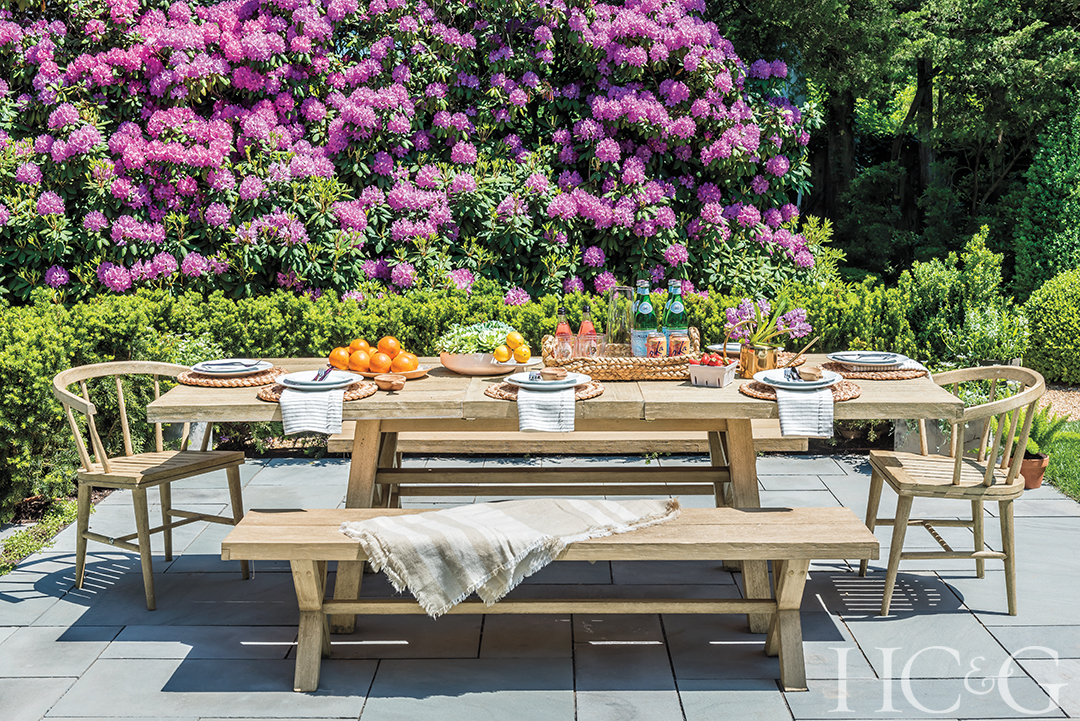 Four years ago, renowned handbag designer Judith Leiber and her artist husband, Gerson, sold off just over half an acre of their Springs property to a developer, who erected a 2,500-square-foot four-bedroom shingled residence on the lot in late 2016. Soon after, New York–based decorator Marina Hanisch and her husband, John, who were looking for a weekend retreat in Springs for their young family, toured the traditional-style new build. “We fell in love with it upon entering the driveway, but continued to look at other listings,” recalls the Manhattan-based decorator.

“We kept going back to it, though. We knew it was our house. Springs is so romantic, with a lot of history and a vibrant artistic community—it speaks to me as a designer.” One of the biggest draws of the property: a meditation garden designed by Mr. Leiber (he and his wife both died last year, just hours apart) featuring a double row of 15-year-old pink rhododendrons that bloom in early June. “A different flower pops out every couple of weeks. John and I sit in our Adirondack chairs and just take it all in. We feel lucky to be on a property that was so thoughtfully designed.” 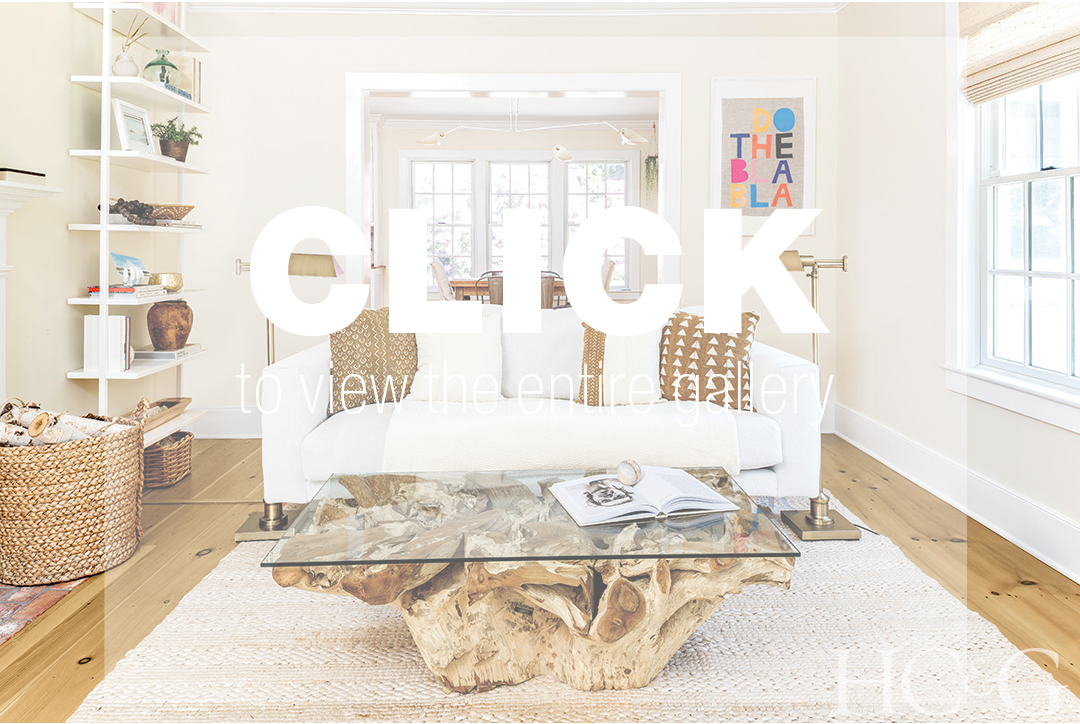 Hanisch was so taken with the garden that it ended up inspiring the interiors. “I kept the palette neutral, so that the garden could take center stage,” she says. “I wanted those colors and textures to shine.” Furnishing the new digs entailed a sprint to the finish line, since the couple closed on the house in June 2017 and intended to enjoy the summer there. “I sourced a lot of vintage pieces through websites like eBay, Etsy, and Chairish, which are great if you’re crunched for time. And my favorite pastime is perusing local yard sales, where I found both the vintage Bertoia chairs on the screened-in porch and the rattan chair and ottoman in the kids’ room.” Another beloved score of Hanisch’s: the patterned wallpaper from Target in the powder room. “It’s one of the most inexpensive rooms in the house, but it always makes me happy. There’s old and new, high and low, and everything in between. I wanted to create a home that’s warm, relaxing, and not too precious—a place that could really be used.”

And use it the family does. When Hanisch, her husband, and their two kids aren’t biking to the beach, the farmers’ market, or the general store, they spend most of their time in the kitchen, on the screened-in porch, and on the back patio, cooking, entertaining, and hosting friends and extended family on summer weekends. “The porch is the most serene space, and we’re there during the fall and spring, too,” says Hanisch. “We take our coffee in the morning while watching the bluebirds outside, we play board games during the day, and at night, it’s a great spot to have some wine with friends. It’s tucked between the kitchen, dining room, and patio, so you hear all the noises of the house, including the laughter of our son and daughter.”

Outside, the only modifications include the installation of a bluestone patio studded with “flowers that complement the garden” and some additional trees and perennials in place of existing plants that were no longer in good condition. “We’re just trying to maintain what Mr. Leiber started,” says Hanisch. “We take so much pride in living here. We want to do it justice.”

A version of this article appeared in the June 2019 issue of HC&G (Hamptons Cottages & Gardens) with the headline: Sweet Sensation.