Tour a Stone-Filled Garden in Cos Cob 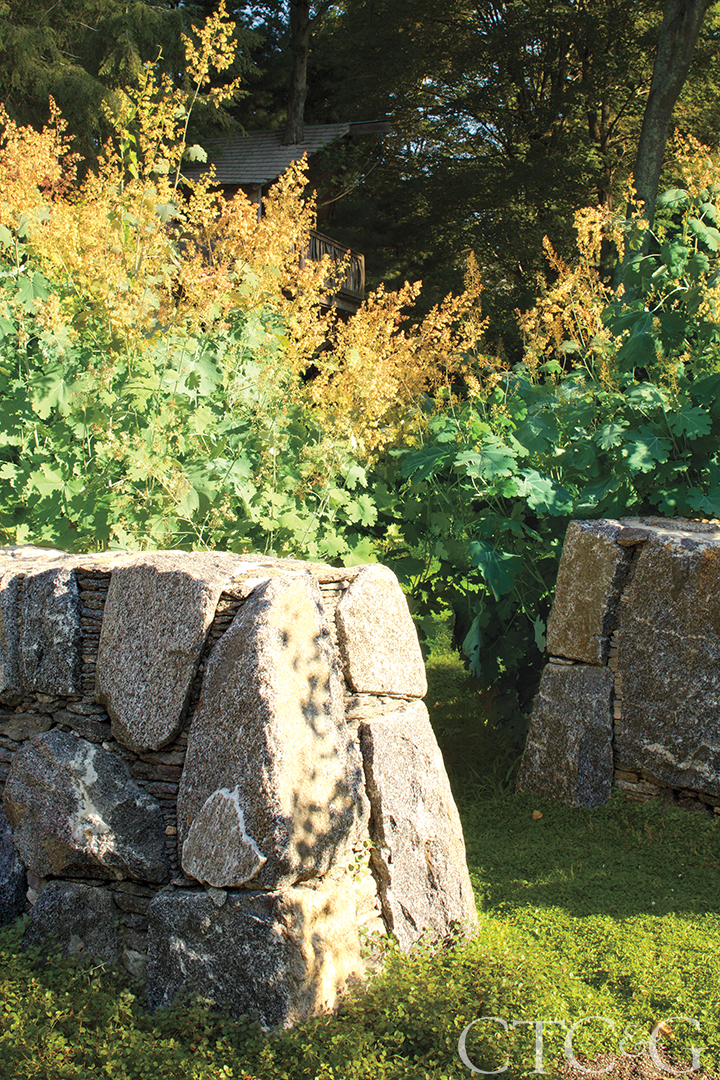 A respect for all aspects of the natural world—physical and spiritual—informs this unorthodox loping, lush garden in Cos Cob. “It’s my Stonehenge,” says the homeowner, the prime mover behind a landscape of grasses, cat rocks and plume poppies. Over the years, the grounds have become the setting for a treehouse, a tipi and a wildflower meadow. The landscape is orderly, yet wild on the fringe. It’s the reflection of a creative couple who choose to think outside the box.

The homeowners—she from Minnesota, he from France—purchased the property 29 years ago. They needed a place for their children to explore, as well as work spaces within the home for their own independent businesses. Changes were made gradually, “like peeling back the layers of an onion,” notes the wife. “We wanted our environment to reflect us and also be its own living self.” Every element—house and grounds—was custom designed.

Ken Twombly, of Twombly Nursery in Monroe, was brought in to plant specimen trees and shrubs around the property. But 15 years on, when those plants had become overgrown and a large Norfolk Pine near the front of the house had to be taken down, the homeowners turned to Alice Cooke, of Alice Cooke Design Associates, to help pull things together.

Cooke was surprised by the number of unusual things in the front yard. In addition to the treehouse and tipi, there was a pergola, two beehives, a rope swing, sandbox and vegetable garden. There also was a “manatee-sized ledge blocking the path to the front door,” she remembers. The loss of the pine tree revealed an irregular ledge that emerged in rounded hunks from the lawn—a regional feature colloquially referred to as “cat rocks.” They also discovered a crumbling root cellar. In dismantling the cellar, some very fine rocks were discovered. 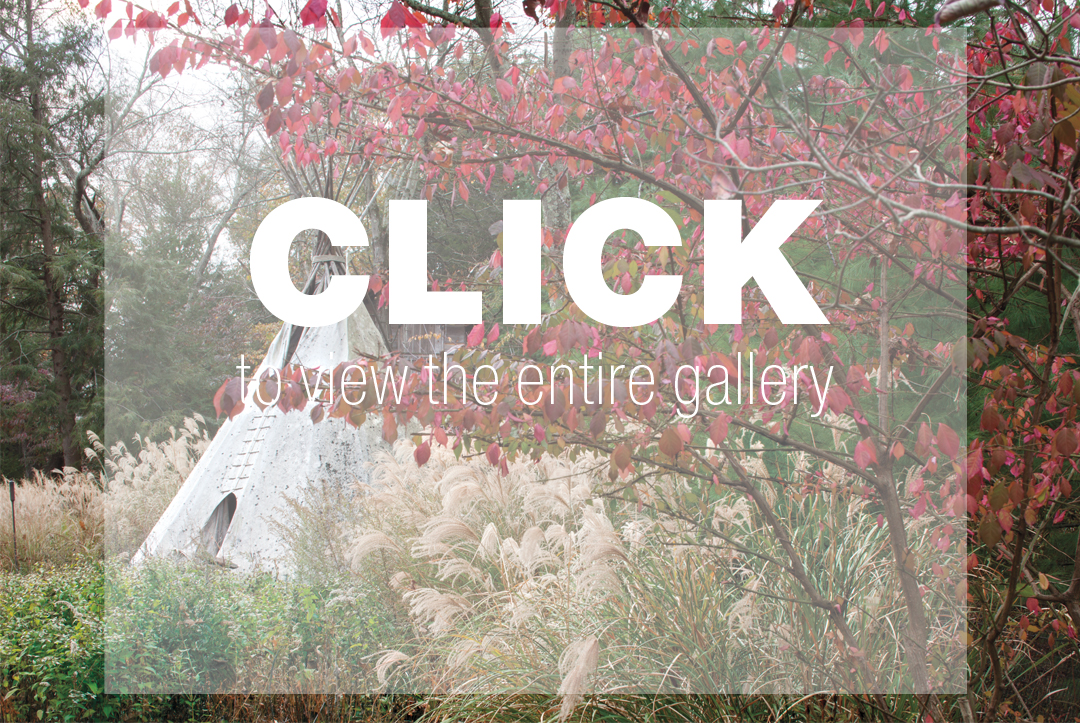 They set several of the larger stones upright near to the front door. Cooke’s task was to link these standing stones with the cat rocks in a way that guided visitors toward the house. She also needed to impose a little order.

“I wanted the landscape to reflect who the owners are: people who are mindful of every detail,” says Cooke. But a few of the lesser features—the pergola and vegetable garden—had to go.

The landscape designer’s approach was to divide the property in two by building a five-foot-high stone wall incorporating part of the ledge. Keeping with the homeowners’ innovative sensibilities, she decided to create something new by positioning the large stones vertically with smaller stones layered horizontally in between. Working together with the clients in placing the stone was “like building a sculpture,” according to Cooke.

On the near side of the wall, a wide path of bluestone surrounded by black Mexican pebbles was added. The walk’s width diminishes as you approach the house, which creates a slight optical effect of greater distance.

Rather than lawn, Cooke created a surrounding surface of scree dotted with low-growing “steppables,” such as creeping thyme and ajuga. It’s not a maintenance-free groundcover, but they’ve figured out what works and adjusted accordingly. A scrim of perennial plume poppy towers above the wall.

The tipi is functional as a guest room, and it fits 13 people for dinners or celebrations. A surrounding prairie wildflower meadow is a nod to the wife’s Minnesota roots. The sculptured bronze heads were found by the homeowner when she met the artist, Nathalie Rodach, in France. “They remind me of all the people who went before—that we are all just passing through,” she says.

A version of this article appeared in the September 2019 issue of CTC&G (Connecticut Cottages & Gardens) with the headline: Heart of Stone.