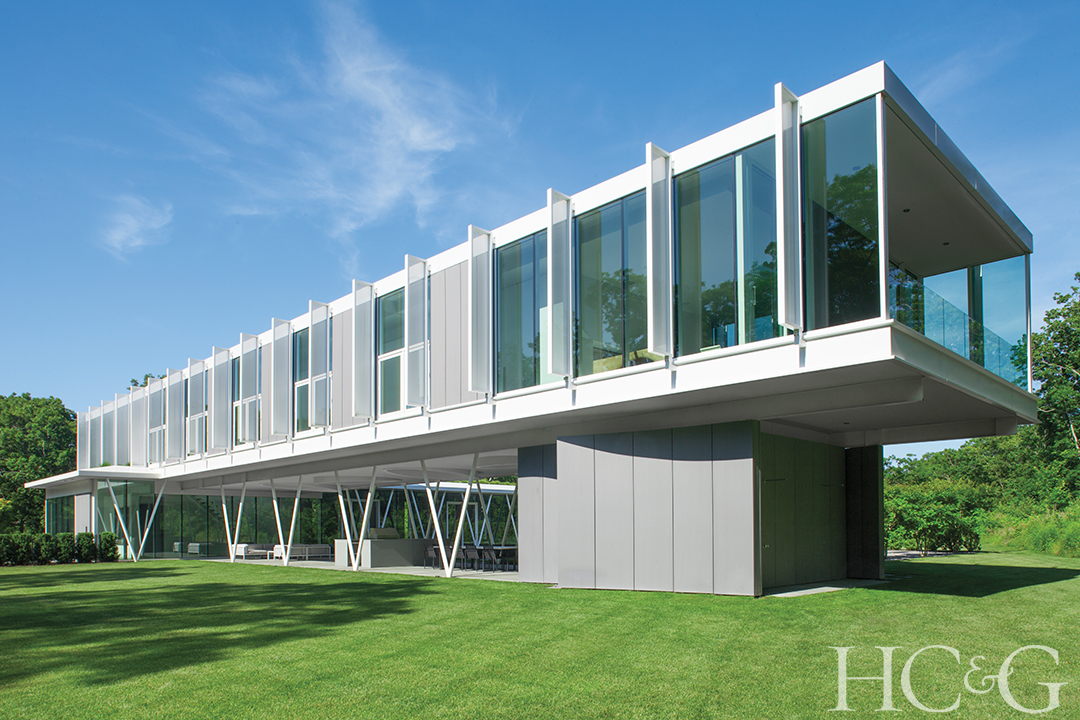 Contrary to popular belief, not everyone in the Hamptons lives grandly on the oceanfront or sequestered behind walls of privet. Increasingly, people are choosing to put down roots far from the congestion and crowds that have come to define the East End’s villages and hamlets, particularly in the summer. One such area of migration is the Northwest Harbor section of East Hampton, also known as the Northwest Woods. Free of suburban sprawl, the area offers miles of hiking trails through groves of oak and pine trees, wetlands, ponds, and creeks, giving residents a sense of deep seclusion—far enough from the seasonal mayhem, but still close to the action. Beaches, fishing, and boating are also a draw at the 600-acre Cedar Point County Park and the big water of Three Mile Harbor and Gardiners Bay.

Not long ago, these alluring natural features attracted the attention of a New York family that desired a weekend escape from the urban jungle. After purchasing a 13-acre parcel of undeveloped land abutting a 500-acre forest preserve, they asked New York–based architect Audrey Matlock, who had designed their penthouse in Williamsburg, to create a sleek modernist getaway. 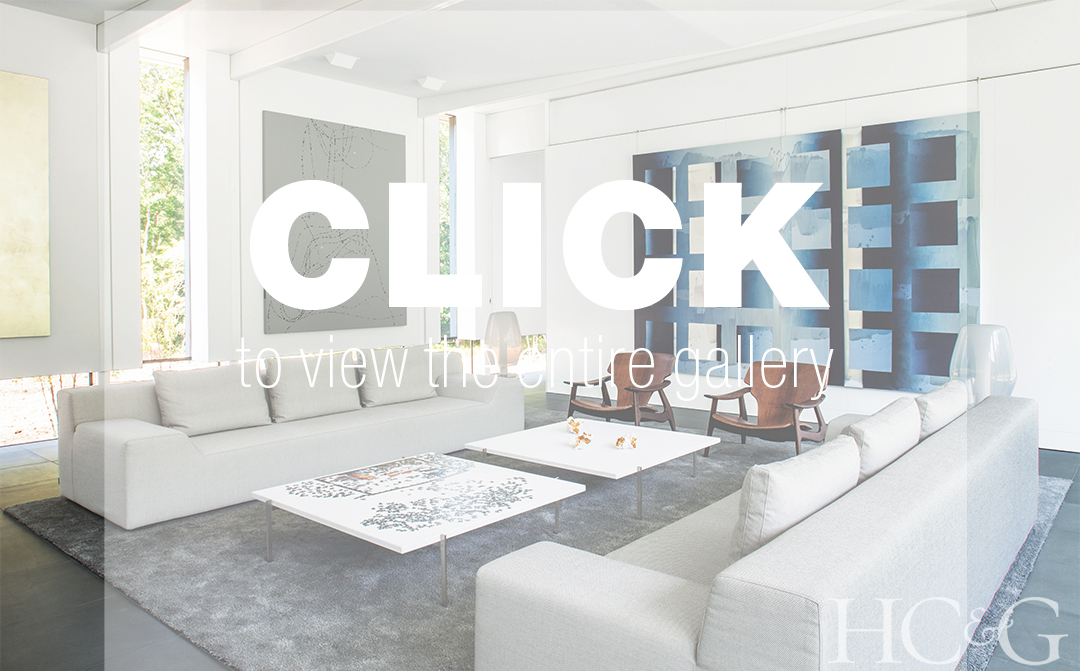 A minimalist with an obsessive attention to detail and an aesthetic driven by the spirit of place, Matlock jumped at the challenge to maximize the site’s potential. Freed from the strain of shoehorning an oversize mass into a small lot, she chose to spread her wings—literally—in the most inventive way.

The structure she dreamed up is nicknamed the Bar House because of its form—two long volumes fulfilling separate functions and intersecting at a right angle. The ground-floor volume extends east from the entrance, containing an enfilade of public spaces for family activities and entertaining. A spacious kitchen opens onto a dining area, which flanks a floor-to-ceiling basalt fireplace that’s shared by a living room on the opposite side. Two guest bedrooms with views of a double row of pear trees and a tennis court terminate the bar. Zinc panels, alternating with floor-to-ceiling glazing on the north elevation, display large paintings from the clients’ contemporary art collection, vivid works that provide an arresting gallery-like backdrop. An airy rhythm enlivens the experience as one ambles through this wing.

An open staircase where the two bars intersect leads to the upper level, which stretches to the south and houses the family’s private quarters, including bedrooms, a gym, and an office, all accessible from a corridor running the length of the bar. This linear progression repeats the zinc panels and glass walls from the ground-level bar, extending the art-gallery motif. The master bedroom anchors the terminus of the bar, while a den at the north end provides access to a terrace and a green roof, offering a different perspective of the surrounding terrain and vistas. This raised bar also shelters an open-air entertaining space and outdoor kitchen below.

Matlock employed several strategies to ensure that the 8,500-square-foot house rests lightly on the site, giving equal importance to the structure and the landscape. “We built models for three schemes,” the architect recounts, “and it became clear that this approach was best for a family that loves to embrace the outdoors.” The extensive glazing creates a transparent envelope allowing light in and views out in every direction. The elevated family wing and the overhang on the courtyard side of the public wing are supported by white-painted V-shaped steel columns, their shape an abstract interpretation of the trees surrounding the site. Their slenderness suggests a lightness to the structure they support.

All rooms intentionally feature ample vistas of the property’s verdant acreage. “Landscaping is integral to the architecture in our projects,” says Matlock, “which is why we take responsibility for the design of the grounds as well. It needs to be consistent with our ideas about the land, and not merely decorative.” On the north side of the east wing, Matlock has designed a meadow of rolling hillocks covered with native grasses and strategically placed river birches, creating a natural transition to the existing forest beyond. Tufts of fountain grass flank pavers alongside the pool, which is graced by a row of crape myrtles on the south side and a hedge of Japanese holly to the east. The end goal: Blur the boundaries between interior and exterior. In creating a home that features volumes without mass and a seamless spatial flow, Matlock has ultimately devised a place to spread out, rather than hunker down.

A version of this article appeared in the August 15 issue of HC&G (Hamptons Cottages & Gardens) with the headline: Raising the Bar.

A Never Before Available Custom Bridgehampton Home Lists for $16M

35 Kitchen Ideas For Your Next Remodel

Listed for the first time in 20 years, this recently renovated LA residence was also home to popular actor Will Rogers at one point.

Located in the Windy City's historic Gold Coast district, this home got a complete overhaul back in 2014 and then was further decorated by the Environmental Design Group.