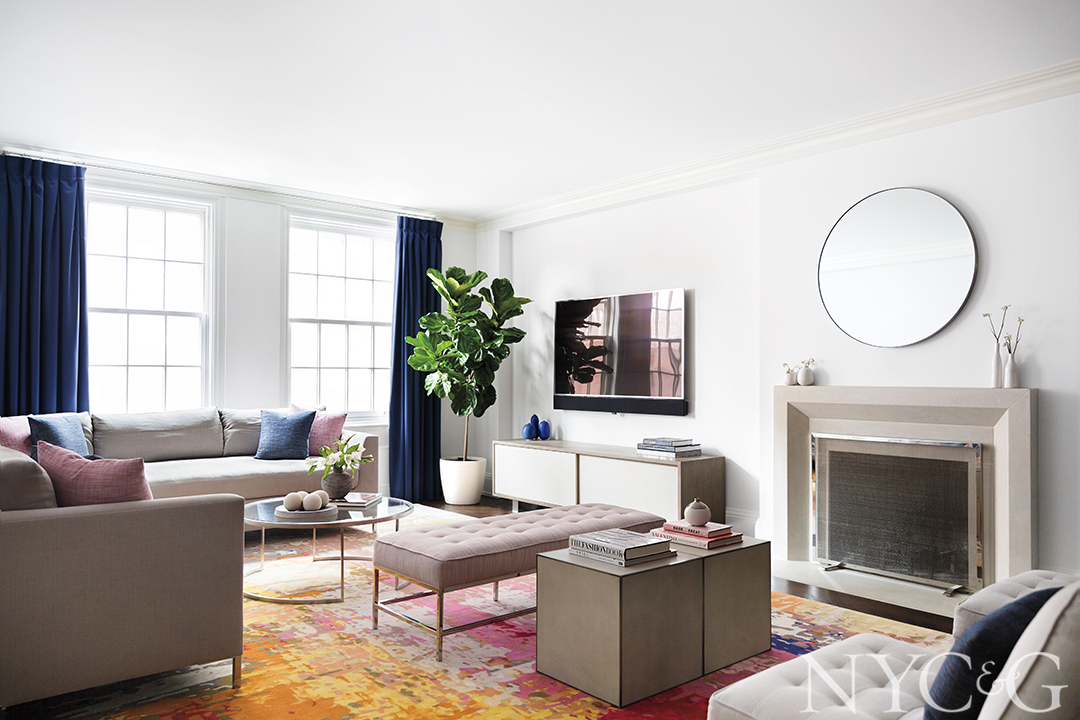 When faced with the proposition of waiting nine months to move into their new Upper East Side residence because of an impending elevator refurbishment, Sarah and Jonathan Morris wasted no time. “We had six months before the elevators were going to go out of service,” says Jonathan Morris, “so speed was of the essence.” The Morrises and their 11-year-old twin daughters, Emily and Hannah, had been about to renovate their Upper West Side apartment when they decided to change course at the last minute and look for a larger place closer to the girls’ school. The co-op, a Venetian Gothic gem from 1929, “has an interior courtyard that provides cross-ventilation and light from two directions, which is unusual for a prewar,” says project architect Kevin Lichten, who has worked on more than a dozen units at the address. “The building has great layouts, with generous foyers and public rooms that are set up perfectly for entertaining.” 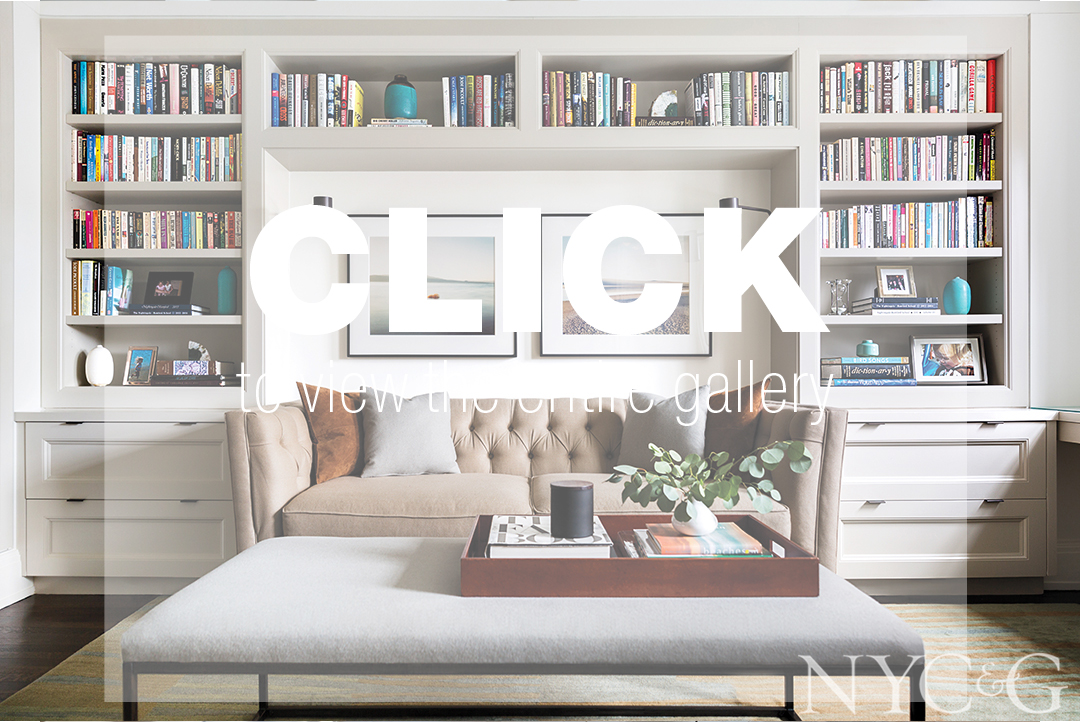 But some necessary tweaks came with making the 3,300-square-foot five-bedroom into the home of the Morrises’ dreams. Lichten “rescrambled” the former maids’ quarters to create new family and powder rooms, added a laundry room, and transformed the master bedroom into a private oasis with its own hall, larger closets, a more spacious bath, and a sitting room, which can be closed off to double as an office or additional guest room. All moldings and paneled doors were swapped out for new ones with “more oomph,” he says, although the goal was to make it seem like the replacements have always been there. “The originals,” Lichten adds, “were just a little underbaked.”

While the revised floor plan was taking shape, Lichten was in constant contact with interior designer Anne Chessin, with whom he had worked previously. “We know each other well enough that we have our own shorthand,” he says. “The process had to go fast, so communication was firing on all cylinders.” Chessin, who had been involved in the early planning stages of the Morrises’ Upper West Side renovation before the family decided to sell, “already had a good sense of their style and tastes,” she recalls, and “they were up for taking risks. The traditional undertones are still there, but in order to keep things from seeming stuffy, we layered in bright colors and clean, contemporary furnishings and lighting that make the place young and fun.” The jumping-off point for the living room, for example, was a vibrant Stark rug that Sarah Morris had spotted in a former project of Chessin’s. “I wanted someone to help bring out our aesthetic, and I knew Anne wouldn’t push us into something that wasn’t us,” Sarah says. “We needed a place where we could be comfortable with our kids.”

Part of ensuring that comfort was providing the twins with their own designated spaces as well as a say in the design scheme. “When it came to the girls’ rooms, Anne sat down and listened to their ideas,” Sarah continues. “She took in what they had to say, elevated their thoughts, and made them feel like they had input.” A den also serves as a place for the girls to play and hang out with friends, and a corner banquette in the kitchen, upholstered in indoor-outdoor fabric, sees heavy rotation, too. “We went into this project with trepidation because of the horror stories we had heard about renovating in New York,” Jonathan says. “But it surpassed our expectations,” adds Sarah. “We live in every inch of this home.”

A version of this article appeared in the April 2019 issue of NYC&G (New York Cottages & Gardens) with the headline: Family Affair.

This article appears in the April 2019 issue of NYC&G (New York Cottages & Gardens).