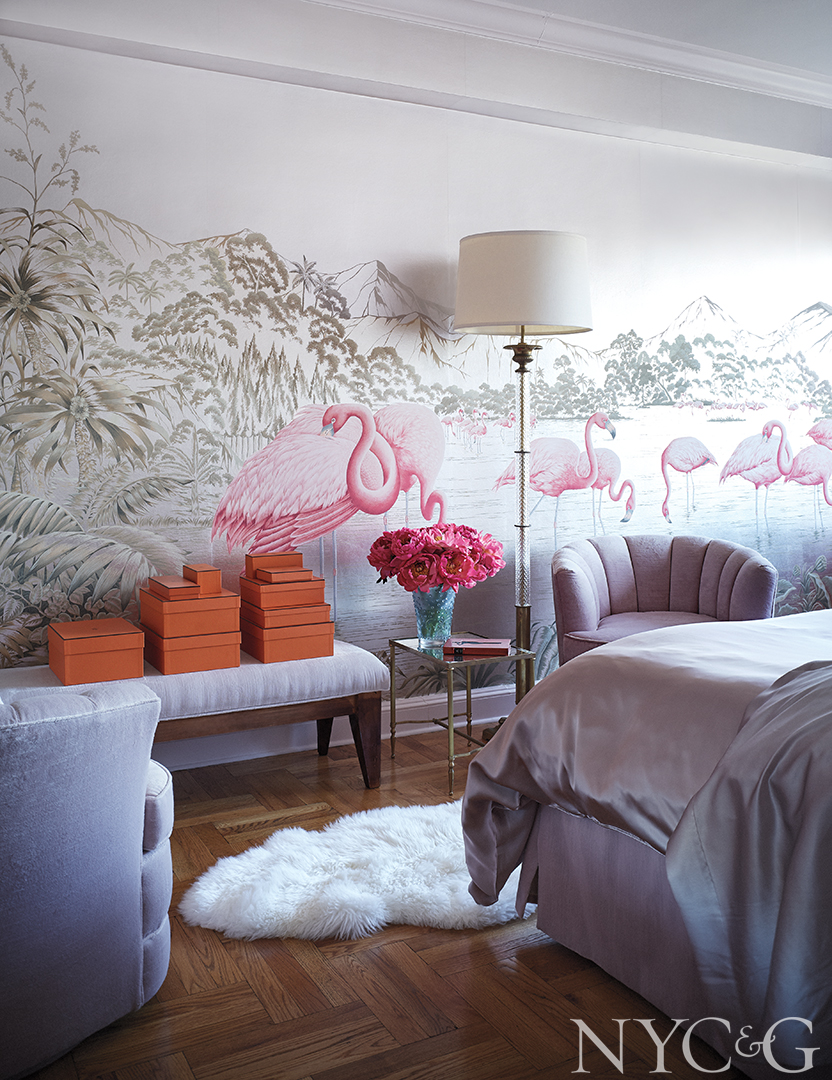 When interior decorator Nicole Fuller asked jewelry designer Susan Foster to make her engagement ring, she knew that she would end up with the piece of a lifetime. Her husband-to-be, artist Alexander Yulish, had introduced the Manhattan-based Fuller to Foster, a longtime friend of his, and the two women became fast friends in turn. What Fuller didn’t realize at the time was that Foster would eventually become a client of her own.

The women’s “creative love affair,” as Fuller calls it, reached an apotheosis when Foster asked her new friend to decorate her Fifth Avenue pied-à-terre, which doubles as a showroom space for the bespoke pieces she designs for private clients. As it turned out, the inspiration for both the engagement ring and the dwelling sprang from the same source. “We’re both in love with the Art Deco period,” says Foster, a native of East Hampton who spends much of her time in Los Angeles and London, in addition to New York. “It was an over-the-top glamorous time.”

Naturally, Foster’s apartment, a one-bedroom classic five overlooking Central Park in a building designed by Emery Roth & Sons in 1949, was to become a “jewel box.” Riffing off a few pieces Foster already owned (a French Art Deco sofa, which she’d purchased in Prague and had upholstered in white lamb’s wool; a stunning desk by Sanyas et Popot; and some lovely vintage Lalique vases), Fuller began by embellishing the apartment’s beautifully proportioned rooms. 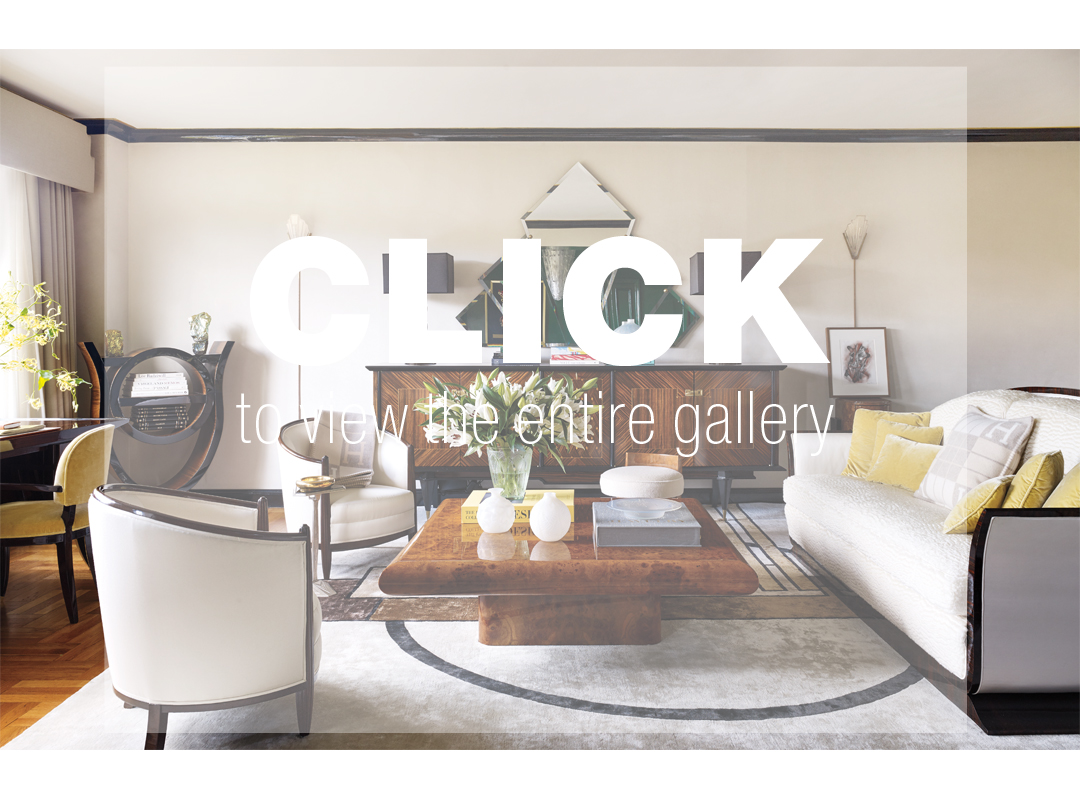 “We added moldings and trim, lacquered the doors black, and applied a 24-karat-gold-leaf pinstripe just beneath the ceiling molding to pick up the gorgeous light filtering through the windows,” recounts the designer, who also enveloped the living room walls in a creamy suede, drenched the dining room in high-gloss emerald-green lacquer, and installed a hand-painted de Gournay wallpaper in the bedroom, replete with flocks of pink flamingos. “Deco design can be robust and even masculine at times,” Foster notes, “but I wanted my bedroom to be as romantic and feminine as possible. So when Nicole posted an image of the de Gournay wallpaper on Instagram, I sent her a text saying, ‘This is mine,’ to which she responded, ‘Done.’ It took eight months to have it made, and it was worth the wait.”

To furnish the rooms, the duo turned to auctions, antiques galleries, and online sources for a host of true Deco gems, including a pair of silk-covered bergères, a burled-wood coffee table, crystal chandeliers, dining chairs by Jules Leleu, and a few choice works of art—two pieces by Erté among them. “Susan is the opposite of most clients, who love beautiful interiors but also want them to be easy to maintain,” Fuller says.

“Instead, she wanted everything to be precious, glamorous, and refined, so working with her was a dream.” Foster now thinks of the pied-à-terre as her “forever home. Since I don’t have children jumping around spilling chocolate milk on the upholstery,” she says, “we could create a space that suits the way I live and work. It’s like a jewel box within a jewel box, housing the finest jewels.”

A version of this article appeared in the September issue of NYC&G (New York Cottages & Gardens) with the headline: A Brilliant Setting.