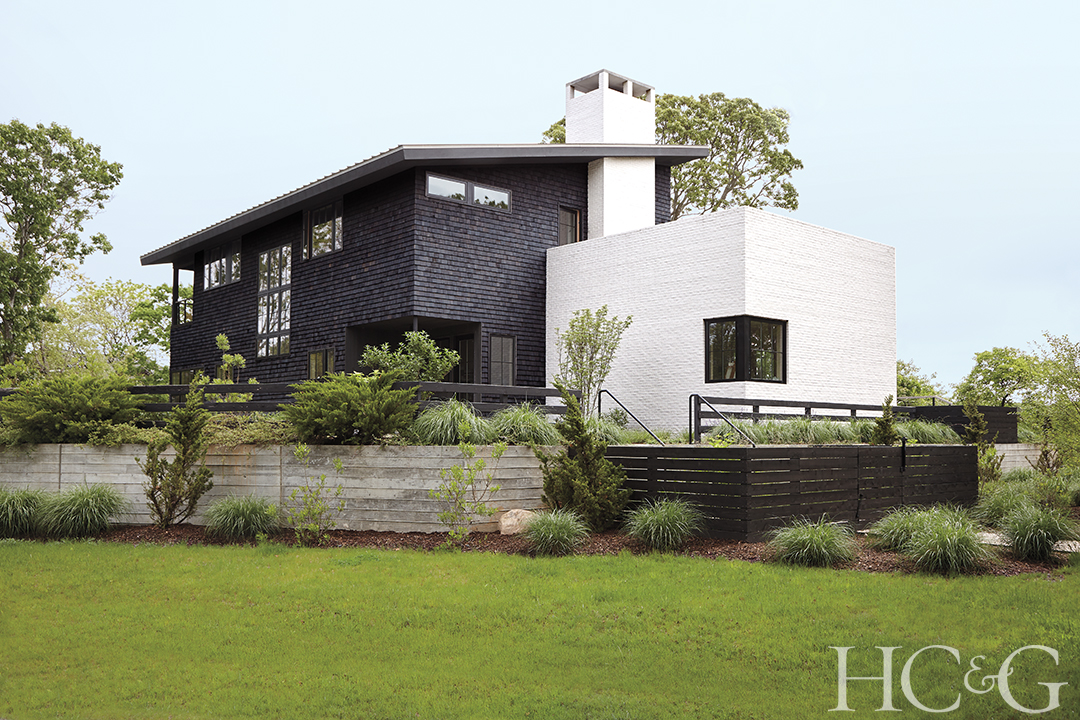 Artist Melinda Hackett describes her vibrant abstract paintings as “referring to organic space and unfixed time,” concepts that informed the approach she and her husband, Michael Drury, took to designing their dream home on Little Sebonac Creek in Southampton. Unified by a neutral maple plywood that clads both walls and ceilings, the rooms flow into one another seamlessly, resulting in an inviting space for friends and family as well as the creative spirit.

Hackett’s work additionally references the play between interior and exterior spaces and the natural world, which are also deeply felt in the new structure, with its views of the creek and Scallop Pond and the wildlife that inhabits them.

Hackett purchased the five-acre parcel in the 1980s. “I jumped on it,” she says, “but I couldn’t get my head around building because I had little kids at the time.” In 2005, she met Drury at a mutual friend’s going-away party, and for a time the couple shared a ranch in East Hampton. But with her daughters grown, and regulations on waterfront construction becoming more restrictive, Hackett decided the time was right to build. 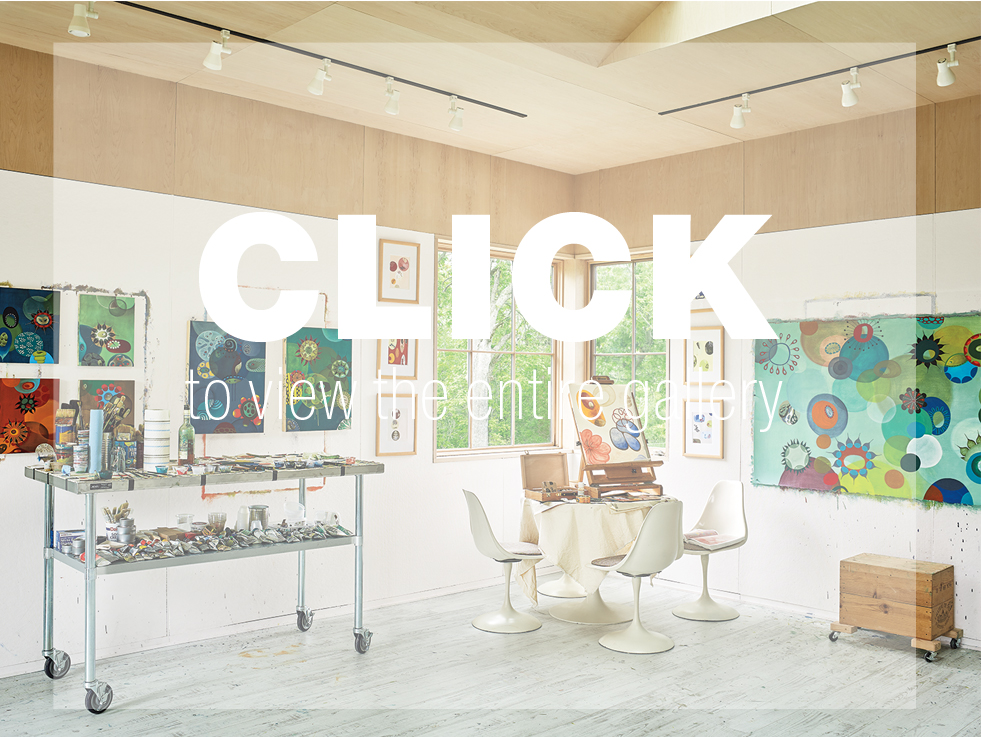 The process took seven years, from 2011 until the last nail was struck in late 2018. Drury, a former bar owner whose father was an architect and taught at Yale, was very hands-on during the design stage. “My dad said the problem with architecture is clients,” he recalls with a smile, “so I only wanted to be my own. I used to own and build bars in New York, and I built the model for this house.” To bring the project to completion, Hackett and Drury worked closely with architect David Sherwood and the building firm Modern Green Home.

Hackett, being a painter, had her vision of the perfect art studio, one that was not separated from the main living space, but fully integrated into the house. “I always knew what the bottom-floor footprint would be,” she recounts. “Studio, kitchen, and dining and living rooms with an open floor plan.” Drury specially designed the windows and skylight in her studio so that direct sunlight would never hit the walls earmarked for painting. “I don’t need to turn on lights until six in the winter, and all summer long I paint only with natural light,” Hackett says, adding that her beloved dogs have their own special sleeping corner.

Drury, who makes jewelry with industrial sapphires, has a subgrade studio and woodshop of his own, a literal man cave with low ceilings. “I’ve been a carpenter my whole life,” he says, “and if I don’t have a shop to work in, I go crazy.” The upper level comprises a series of three bedrooms and a master suite with a Drury-designed tub that has a view of Sebonack and National golf courses. (Three of the four bedrooms feature east-facing decks, and the master has an outdoor hot tub, too.) Window treatments are intentionally nonexistent, in order to give the sleeping quarters an uncluttered feel and allow them to greet the early morning sun.

Furnishings in the living spaces are largely Danish and Dutch modern, many of them vintage items sourced from stores in Los Angeles, 1stdibs.com, and local shops such as Stellar Union in Southampton. Outside a schoolhouse that was being renovated down the street, Hackett and Drury dumpster-dived for modernist side chairs. (Hackett was drawn to the “human scale” of the pieces—not to mention their affordability.) The living room’s mid-20th-century prizes include a Cees Braakman desk and credenza and a Harvey Probber cocktail table.

Along with love and some boisterous dinner parties, the home is filled with art, both Hackett’s and works by fellow artist friends, such as Amy Wickersham, Mark Wilson, Terry Elkins, and many more. “Most people don’t know how their house actually came about,” muses Drury, “but we’re both artists and Leos, and we knew we could do it ourselves. I have a favorite story of a couple with a long and happy marriage. The wife says that the key is: ‘I let him have my way.’” To this, Hackett raises a paintbrush.

A version of this article appeared in the July 1-15 2019 issue of HC&G (Hamptons Cottages & Gardens) with the headline: Artful Abode.

20 Exquisite Chandeliers and Pendants That Make a Statement