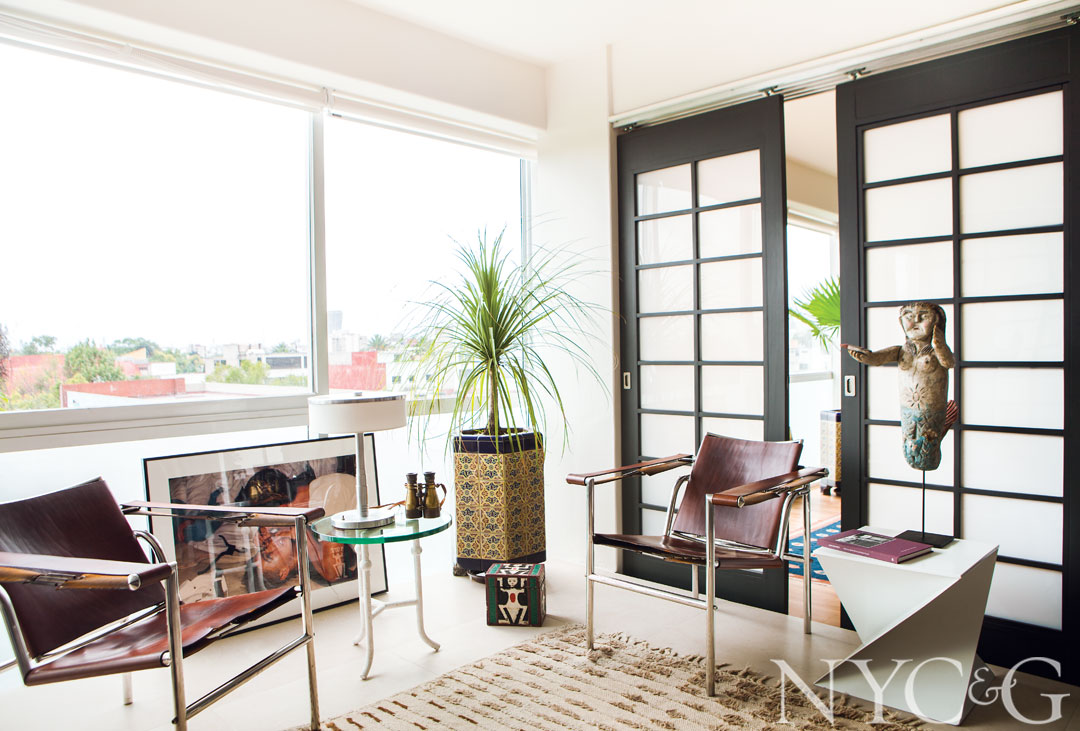 But Robert Swope and Michel Hurst aren’t your everyday expats. After decades living and working in New York City, where they ran one of Manhattan’s first mid-20th-century-modern shops, Full House, for 30 years, they were ready for a change. The couple had already taken baby steps, buying a former 13,000-square-foot department store in the town of Easton, Pennsylvania, which started out as a weekend home and evolved into a full-time residence, loaded with treasures from their years of collecting and trawling flea markets and antiques shops in nearby New Hope, Pennsylvania, and Lambertville, New Jersey.

But even that adventure ran its course. “We really wanted to downsize and be somewhere warm, someplace we could afford, a place that had culture,” says Swope. He and Hurst started testing the waters in cities like Montevideo, Uruguay, and Buenos Aires, but these didn’t quite fit the bill. “They’re beautiful, but they were too quiet for us,” Hurst recounts. “Then a friend told us about Mérida, in Mexico, although you can really only live there three months a year; otherwise, it’s too hot and humid.” Mexico City, which sits at an altitude similar to Denver’s and has more clement weather, turned out to be the perfect solution. “We visited three times,” Swope recalls, “and by the third time, we knew it was the answer. We love the people, the culture, the colors, and the cost of living. Friends thought we were crazy. They’d say, ‘You’re moving to Mexico City?’” 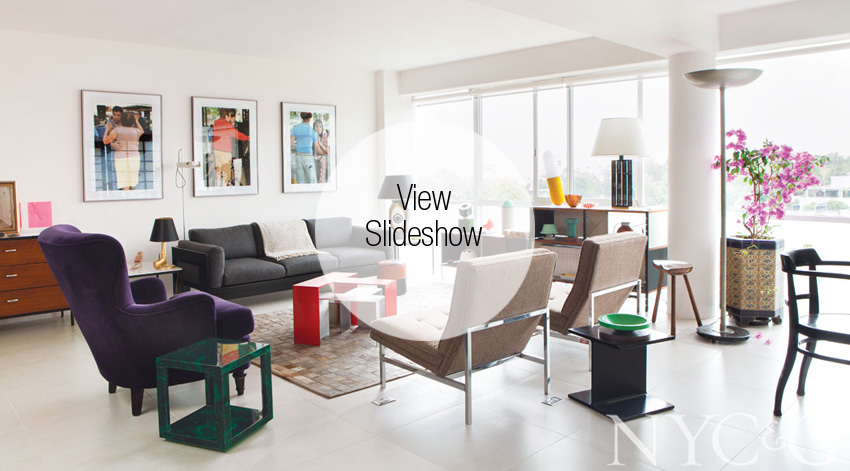 Swope and Hurst were simultaneously easing themselves into retirement, and with that came the arduous process of divesting themselves of the great bulk of their modernist treasures, which had piled up over the years in the erstwhile department store in Easton. They edited down a lifetime’s worth of museum-quality pieces and handed over the rest to Chicago- and New York–based Wright, which put them up for auction, providing the pair with the money they needed to live quietly and comfortably without working, although Hurst points out that they still “sell pieces on consignment here and there—it’s in our blood.” With Mexico’s astounding number of flea markets and antiques shops, it’s not surprising that the inveterate collectors haven’t been able to come to a full stop.

Every piece they possess has its own story to tell, as do the ones they can no longer claim as theirs. One of the most noteworthy of the latter was a cache of vintage photographs they found at a flea market more than a decade ago. Depicted in the captivating shots are cross-dressing “straight men,” typically married businessmen who in the 1950s and early 1960s retreated to a secret hideaway in the Catskills, called Casa Susanna, to live as they chose, if only for a weekend here and there, away from their wives and children. Swope and Hurst published the photos in a book (Casa Susanna, Powerhouse, 2005), and before they knew it, they were besieged with calls from agents and producers wanting to buy the story. They came close to completing their own treatment for HBO—unheard of for novices—although ultimately Harvey Fierstein acquired the rights and created a Broadway play, Casa Valentina, based on the book. Residuals continue to trickle in moderately, further supplementing the men’s newfound life in Mexico’s dazzling capital city.

About two years ago, the couple loaded up a U-Haul van with their remaining belongings and drove to Mexico via Laredo, Texas. At first, the pair sublet an apartment in the city’s leafy, upscale Condesa district, paying upwards of $2,000 a month, a figure “unheard of,” says Hurst, with a quelle horreur look that only a native Frenchman can pull off to full effect. “For $2,000, you can live in a castle in Mexico!” But subletting gave them the time to explore other parts of the city, particularly Roma Norte, which has lately become so hip, it has nearly eclipsed Condesa in popularity. There they found the apartment of their dreams, a 1,500-square-foot space in a nondescript 1975 building, designed as a three-bedroom but reconfigured by their architect, Antonio Pliego, as an airy, loft-like one-bedroom. (Pliego gutted the space, leaving only the original lava tiles in the master bath.) From its wall of south-facing windows, the men have virtually untrammelled views of the sprawling city and its ring of mountains, as well as beautiful, often crumbling buildings (the neighborhood is still partly in transition), a school, and even a few rooftops where squatters make their home in makeshift lean-tos. “On clear days, you can see the sun rise over by the airport and set over the mountains in the west, and sometimes even snow on the top of Popocatépetl,” Hurst says rhapsodically. “The planes always come from the west, and you can time them as they make their descent toward the airport—they are precisely one minute apart. There’s always something to watch.”

The view indoors isn’t too shabby, either. Swope and Hurst have resettled the remnants of their previous life beautifully, handsomely, in tasteful vignettes featuring a “top hits” of the mid-20th-century-modern canon, from Eames to Mies van der Rohe to Panton to later talents like Ettore Sottsass and Michele De Lucchi. Artwork, including Hurst’s photographs of Mexicans dancing in the city’s La Ciudadela plaza, pictures by their friend Nan Goldin, and neo–Tom of Finland portraits by the artist Robert Loughlin (an underground favorite among gay collectors), fills the walls in captivating assemblages. Included among the furnishings are a few of their own designs—tables and lamps in black acrylic—which they sold for a time via the New York home accessories dealer Liz O’Brien, a good friend. The fashion designer Valentino Garavani and his longtime partner, Giancarlo Giammetti, are among the style setters who own some of their pieces.

Although they have scaled down their business, the two are always up for the hunt, frequenting La Lagunilla and other markets around town. But more often than not, they prefer to ride bikes or stroll leisurely around the romantic fountained plazas of Roma Norte, perhaps stopping for a sandwich at the chic neighborhood hotspot Café Toscano or having dinner at boisterous La Docena, which serves pan-American fare and even has an oyster bar and a special “po’ boy” menu. (Gentrification has nearly come full circle here.) The especially fun part, after dinner, is talking to the local chicos, who, while the restaurant is still in full swing at 11 p.m., sell anything and everything, including sprays of vibrant marigolds and giant potted tree ferns, one of which the couple lugged home on a recent Friday night.

A version of this article appeared in the December/January 2017 issue of NYC&G (New York Cottages & Gardens) with the headline: ¡Viva Mexico!.