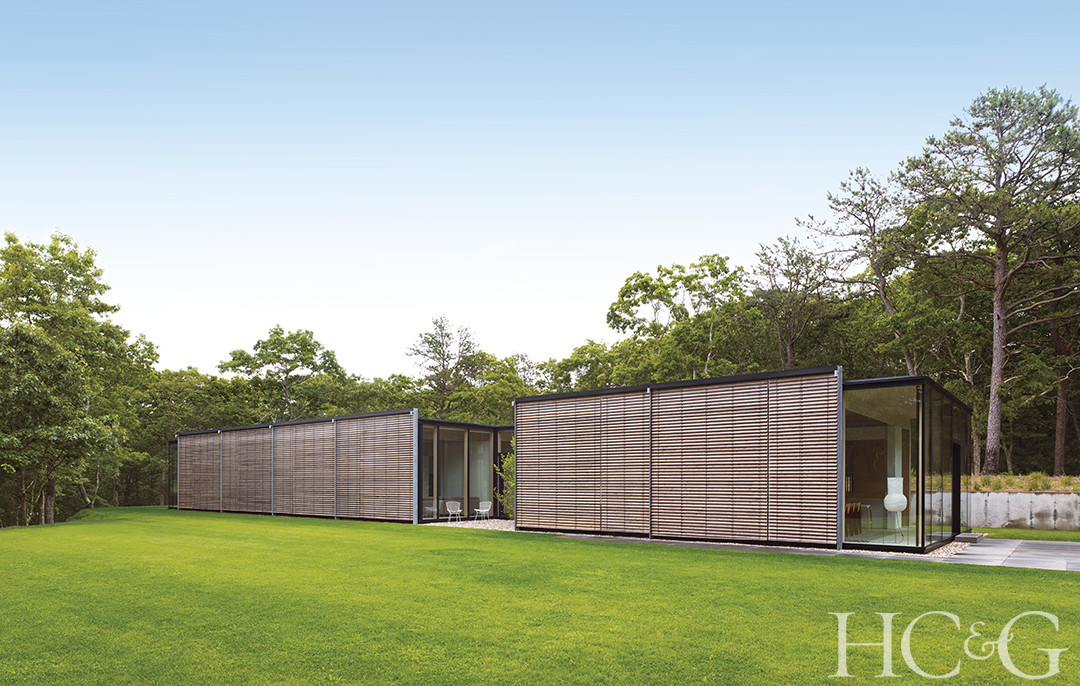 The Wuehrer clan originally arrived on the East End as tenants. Every summer, Brooklyn-based Barbara Wuehrer-Engelking’s parents would jet over from Europe to spend two weeks with their American grandchildren at one summer rental or another. Eventually, they decided to put down roots in the Hamptons, but Wuehrer-Engelking, an architect, wasn’t impressed with the houses that she found on the market.

What caught her eye: an unspoiled swath of “wide open woods” on the border of Amagansett and Springs, where “you can’t see the neighbors, only birds and deer,” she explains, in her charming Austrian-accented English. Even more appealing was an adjacent forest reserve, which will never be developed.

So the decision was made to build, although not with Wuehrer-Engelking at the helm. Conveniently enough, her husband, Jerome Engelking, is also an architect, and his wife took the backseat from the start, architecturally speaking. The completed house is “entirely Jerome’s,” she says with a laugh, noting how design collaborations, like marriage, can involve a lot of give and take. A designer of low-cost housing, Wuehrer-Engelking offered technical and practical tweaks to the project, as well as client representation for her parents. 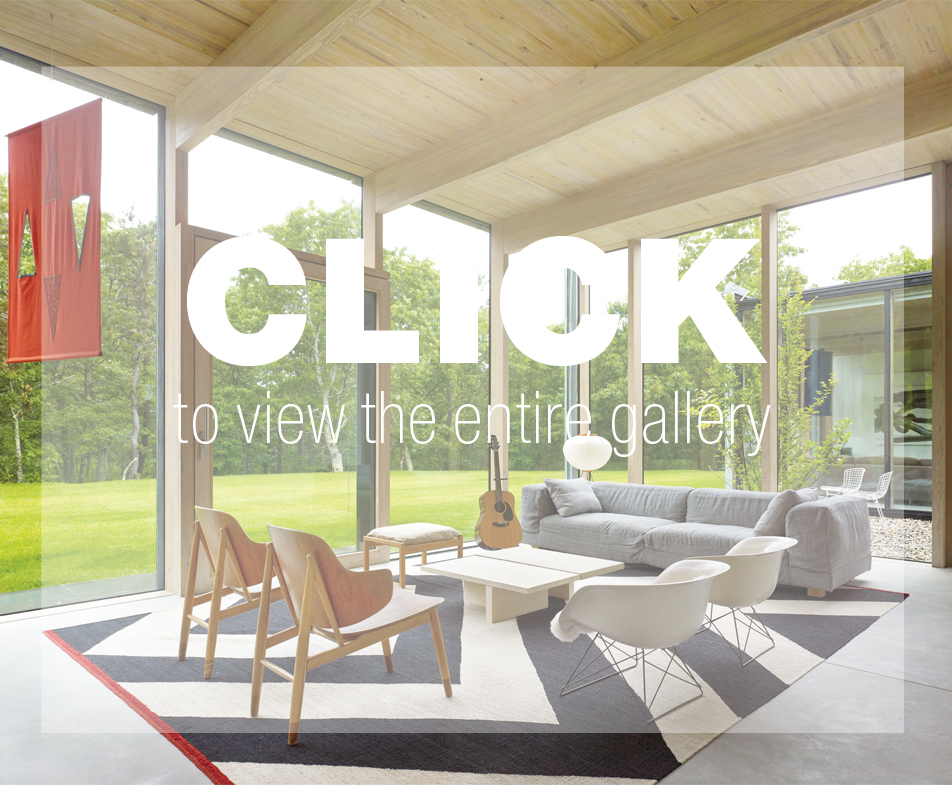 A native of France who has lived in the States for 20 years, Engelking is a mid-20th-century furniture collector who just happens to have a day job at Richard Meier & Partners Architects, the renowned New York–based firm. Anything but energy efficient, all-glass houses like the one he designed for his family mostly went out of vogue during the oil crisis of the 1970s. But Engelking’s modern-day iteration in Amagansett boasts a super-insulated roof that generates enough energy savings to offset the vast expanses of windows, which are framed in wood that’s treated to prevent rot and discourage insects, in addition to providing further insulation. The glass is self-cleaning, with a nonstick outer surface that requires only an occasional hosing off.

Milled from Southern yellow pine, the roof beams and window frames were preassembled at a Québec factory. It took four men from the factory a week to erect the vertical components and roof beams atop the house’s concrete slab. “At the end of the first day, I was ecstatic,” Engelking recalls. “This was the most pleasant construction experience I’ve ever had.” And with good reason: A computer simulation had warned that the windows could pop out if anything veered more than a quarter-inch out of line.

The front of the house appears semi-solid, like a wooden box, but it’s actually an exterior sheath of closely spaced fins of Western red cedar, positioned 10 inches in front of the glass to shade it during the hottest part of the day. The interiors are intentionally streamlined and pared down, so as not to compete with the views. Major fittings are European, and of the highest quality: Dornbracht faucets, Gaggenau and Miele appliances, Erco lighting, Viessmann heating.

The minimalist ethos is so pure that a team from Design Within Reach even rented the house for a recent photo shoot. They brought their own furnishings, but the creative director latched onto a one-off Frankenstein creation by Engelking: a rare Eames La Fonda molded-fiberglass chair seat that he has conjoined with a simple shell chair’s basic wire base. As with the architect’s other innovations, the result is so clever that it wouldn’t be surprising to see it pop up in a DWR catalog any day now.

A version of this article appeared in the August 15 issue of HC&G (Hamptons Cottages & Gardens) with the headline: Blind Ambition.