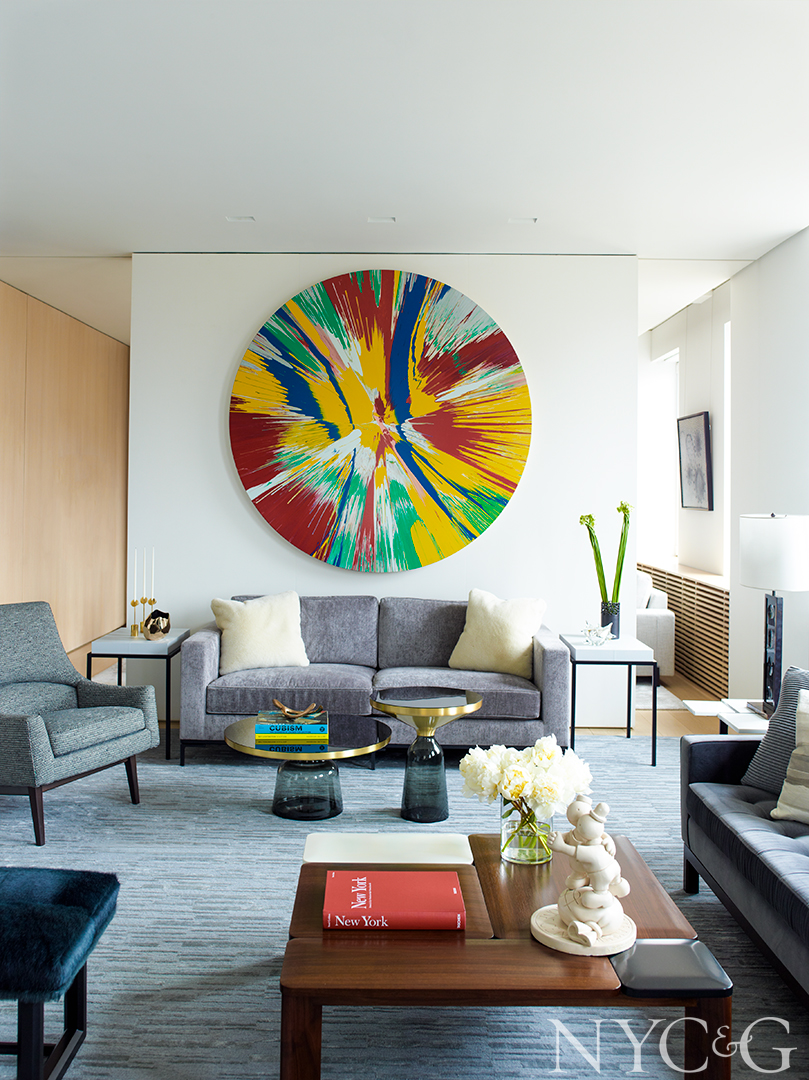 Can design change lives? Quite possibly, at least in the case of one of decorator Eve Robinson’s clients. Recently divorced, he had been living in a traditional place on Park Avenue, but wanted something very different for his next chapter. After purchasing a three-bedroom property nearby, he asked Robinson to create a new home—one with a decidedly contemporary sensibility—for him and his girlfriend.

The couple requested a timeless design scheme in a palette of neutrals, with color provided by a significant collection of contemporary art, assembled with the advice of art consultant Sima Familant. Robinson obliged by devising a clean-lined, urbane environment with sumptuous gray fabrics in rich textures and complementary accents in the form of mid-tone wooden furniture. Menswear standards such as flannel and tweed lend a tailored, slightly masculine appeal. 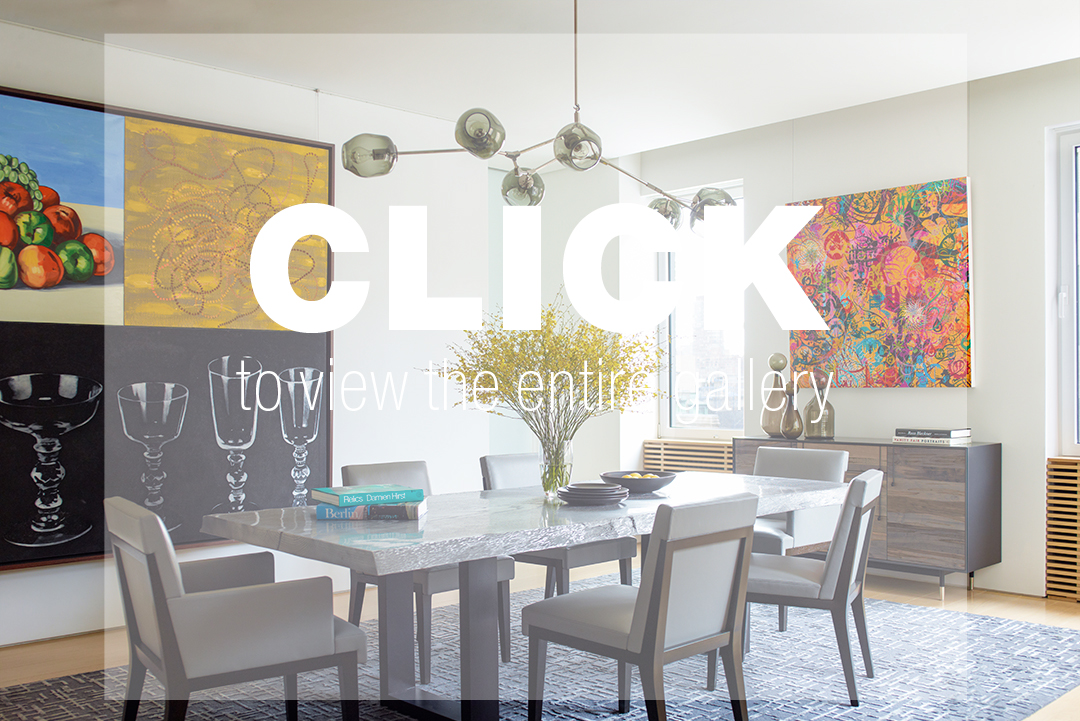 The couple enjoys entertaining—primarily small dinners and cocktail parties—so the living room’s seating plan comprises two sitting areas: far enough apart for separate conversations, but close enough for group engagement between them. Virtually every space in the apartment, in fact, exudes an open, uncluttered feel. In the foyer, for instance, Robinson installed a cantilevered drawer-cum-catchall that offers a focal point against a long, monolithic wall without appearing too bulky, as a heavy desk or console would. Said wall is also separated into panels that conceal storage areas, further keeping everything neat and tidy.

In the dining area, the designer placed an angular table and chairs on an enormous wool-and-silk Tai Ping rug with room to spare. Dining chairs or sofas half on and half off an area rug, she says, “is so disjointed. It feels much more whole when the furniture is on top of it.” The aluminum John Houshmand table was cast from a live-edge slab of wood (grain and all), so it’s organic, albeit in its own unique way. The kitchen’s Pietra Cardosa counters and backsplashes are paired with oak and off-gray cabinets for a look that’s rich, but appropriately nuanced.

For the master suite, Robinson constructed an utterly relaxing, serene cocoon. In front of the window, a pair of chairs forms a cozy spot to read near the firebox, which is amplified by a cantilevered ledge below and artist Jennifer Bartlett’s four-panel work Shadow above. The bed frame is from Liaigre, but Robinson had the back made higher for more comfortable nighttime reading.

In the client’s son’s room, Justin Lieberman’s The Mystery of Snoopy’s Balance adds a whimsical, yet sophisticated touch above a wall-to-wall headboard, whereas in the daughter’s room, Robinson translated a request for “happy and fun” into a palette of pale blues and magenta, highlighted by a striped wall behind the bed. A modern Swedish settee adds something of an adult edge while still appearing youthful.

Upon completion of the project, all was well and good in Robinson’s expert hands, but what about the life-changing moment? At some point along the way, the couple told Robinson that they were going to wait to get married in the apartment when it was done. And that’s exactly what they did.

A version of this article appeared in the October 2019 issue of NYCC&G (New York Cottages & Gardens) with the headline: Arful Aerie.