Tour an L-Shaped Home in the Heart of Connecticut 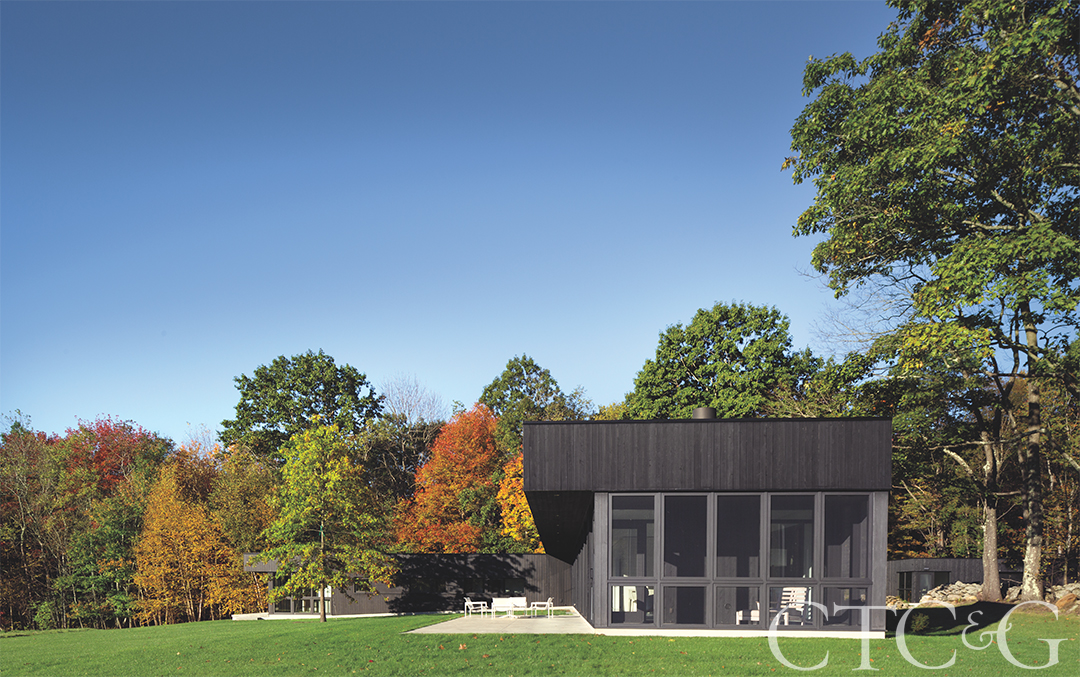 Somewhere in the northwest corner of Connecticut there’s a stretch of land—28 acres to be exact—where the natural convergence of meadow, woods and an old rubble wall all but dictated the site of a weekend residence for a New York couple seeking refuge from city life. “There was this open clearing to the south with views of the rolling hills,” recalls architect Marc Leff, who, in concert with architect Deborah Berke, crafted a simple L-shaped structure that melds effortlessly with the bucolic location. “We wanted to keep the landscape feeling like this was the way you found it and that the only thing missing was the house.” 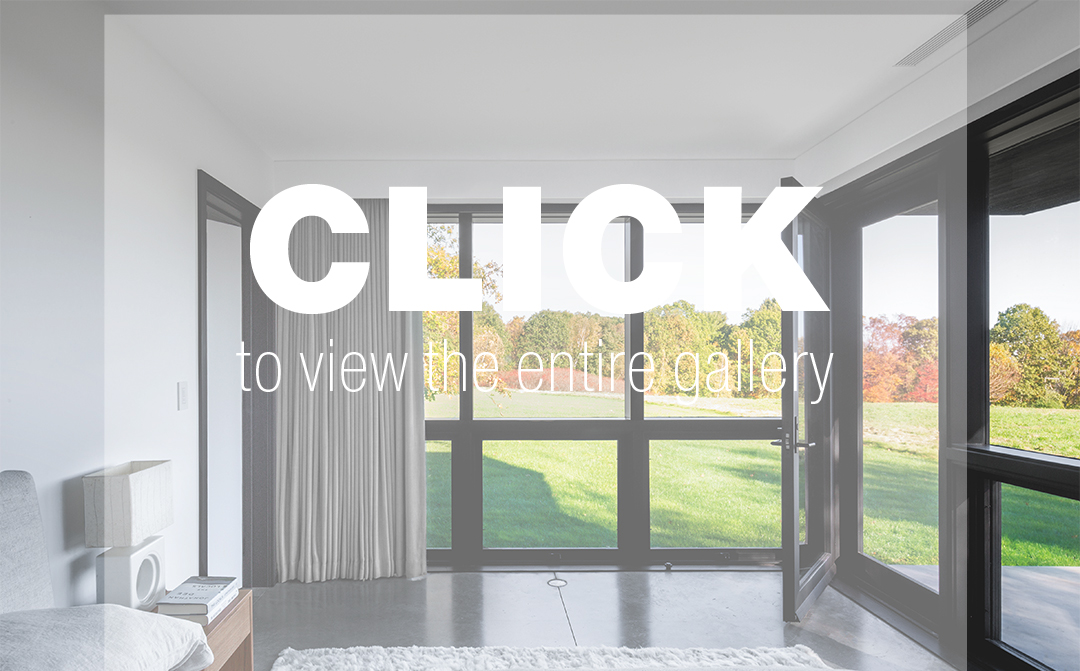 As longtime weekend residents in the same area, the owners were leaving a classic New England structure with a pitched roof behind and seeking something to capture the magical surroundings. “After years of living with tiny windows, they wanted simple elegance against which you could appreciate the historic wall, meadow and distant views,” says Berke, who, along with Leff, settled on a rigorously modern composition of glass and wood intentionally distinctive from the environs. “We were fine with the glass, but one of the toughest questions we had to answer was ‘what do you then make the solid sections?’ We knew the walls would be wood, but we wanted to break with the classic New England clapboard.”

The decision to go black resulted in a residence that both fits in and stands out depending on the season. In winter, the contrast of the exterior with the snow-covered meadow is striking, and come summer, the dark structure all but disappears into the shadows created by the lush growth of trees. Visitors to the home also benefit from what Leff refers to as the “double big reveal.” “There’s a really long driveway and after coming through the woods, it opens to the clearing, and the first view of that is a surprise,” he explains. “Then you step inside where the long views are framed for another wow moment.”

Not surprisingly, muted tones that recede and allow the vistas to take center stage define the interior color palette. Off-white, stained-ash paneling first visible in the entry wraps around the living room and flows into the dining area meeting cool gray concrete floors all along the way. “There’s incredible texture and pattern in that masterpiece of a floor, and every section of wood has its own pattern,” Leff says. “It’s not at all homogeneous. The materials add texture, nuance and character.”

The furnishings are meant to draw on the simplicity and clarity of the architecture, and interior designer Caroline Wharton Ewing selected items that are modern but warm with colors inspired by nature. In the living room, for example, the subtle tones of a Luke Irwin rug provide the starting point for the rest of the space. “We built up the room from there with rich natural tones of gray with a hint of blackberry and light naturals,” says Ewing, who strategically placed the sectional sofa for both landscape and fireplace viewing. “It works well in the day and at night and during any season.”

In the den, a deep brown leather sofa and a quartet of custom concrete coffee tables ground the space. “The colors are warmer and a bit darker, and the use of brown makes the room feel more den-like with a pop of color in the chairs,” says Ewing, referencing the purple swivel lounge chairs chosen with easy living in mind. Throughout, light-toned flowing drapes soften the crisp lines of the fenestration. “For being so modern and so minimal, it’s very down to earth,” remarks Leff. “The intent of the house is comfort, not severity,” adds Berke. “This is not modern as arrogant; this is modern as welcoming and understated.”

A version of this article appeared in the September issue of CTC&G (Connecticut Cottages & Gardens) with the headline: Linear Equation.