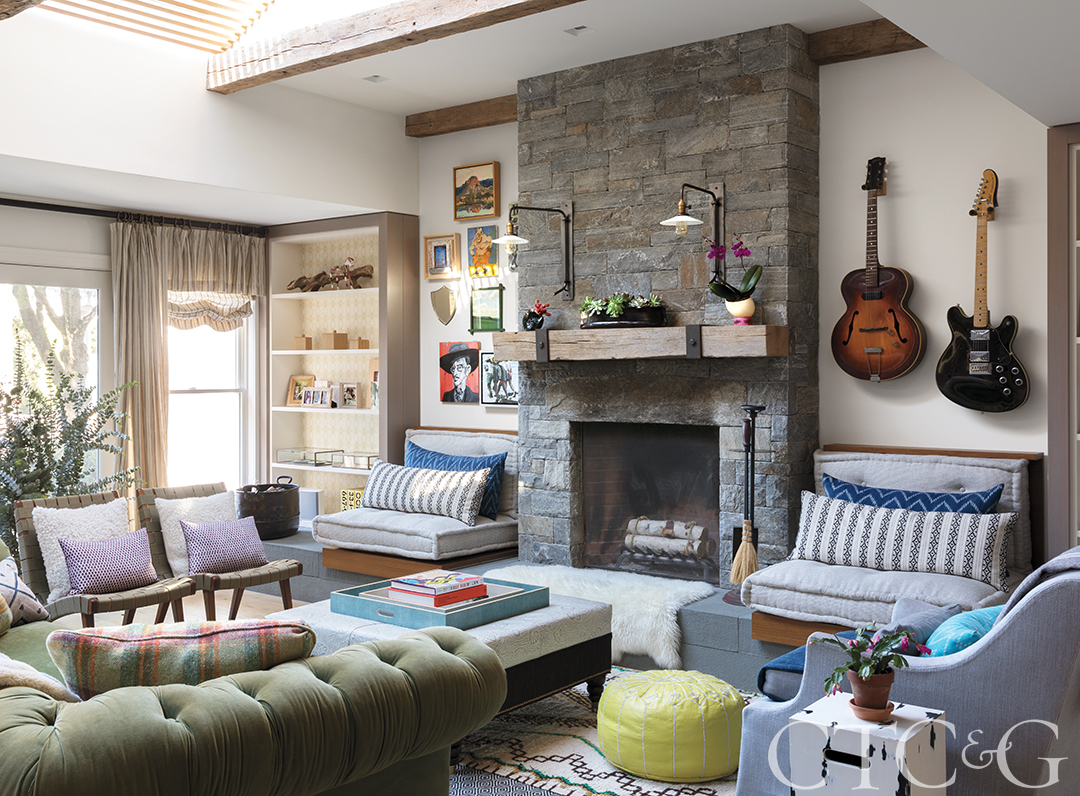 While every family house has its own character, this residence in Old Greenwich has its own sound. The husband is a rock musician with enough star amplitude to fill Madison Square Garden when his band plays there. “Let’s just say his group is very popular, especially among thirty- and forty-year-olds,” says Laura Kaehler, the architect who helped him and his wife, an arts educator, reconfigure their house to better accommodate their creative lives, as well as those of their two small children.

By reconfiguring the garage so that its door was positioned on the side of the house instead of being the main architectural detail on the street side, Kaehler has imbued the residence with a new identity. The architect also designed a handsome screen composed of cedar slats for where the garage door had once been. She carried that horizontal rhythm and material inside the home, too, so that the exterior and interior now harmonize.

The exterior work, albeit crucial and dramatic in the effect it achieved, was less ambitious than the work Kaehler accomplished inside. “We left nothing but the exterior walls when we began our work reconfiguring the interior,” she says. “And once we started putting it together again, we then collaborated with designer Joanna Heimbold of Millwright Design in Riverside.”

For the couple, whose entertaining habits include the strumming of guitars and singing of songs with guests, it made sense for there to be a large, central gathering space. Kaehler fashioned an area that melds kitchen, living room and family room. She designed pitched skylights and partially covered them with a ribbing of cedar boards, a riff on the work done outside. By doing so, the space is now characterized by a filtered, dappled light by day. By night, it’s possible to see stars. To further emphasize the casual informality of the house, Kaehler added massive decorative beams, made of reclaimed wood, that course the expanse. “That space, with the kitchen fully visible and immediately accessible, is very exposed, very sunny, and yet completely warm in feel,” she says. 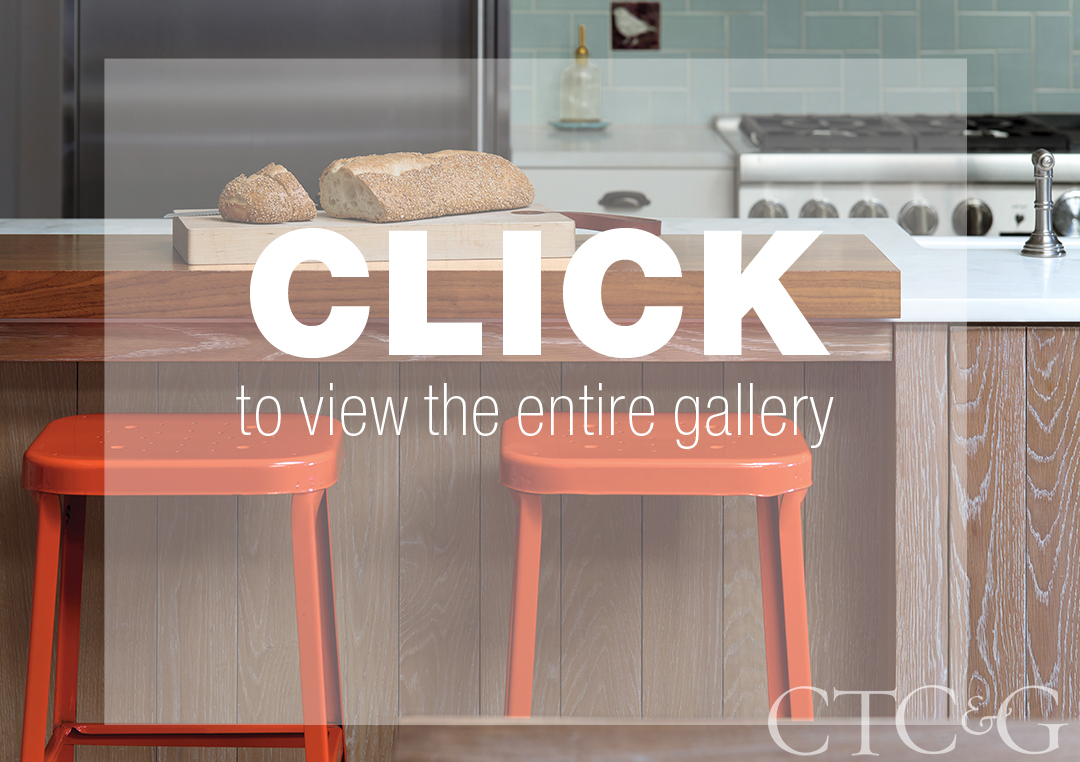 She and Heimbold worked diligently on the seating in the kitchen and main gathering area, whose focal point is a new stone fireplace. On the kitchen side, Kaehler designed a banquette, while, on the other side of the wall is another built-in bench. “Both of those seating areas need to be multipurpose and able to weather young, active kids,” says Heimbold. “I used a variety of throw pillows there because they’re colorful and fun. We used lots of big, bold colors in the rooms because that’s the spirit of the homeowners.” As a counterpoint to lots of color elsewhere, Kaehler designed kitchen cabinets that she describes as being “simple Shaker style,” along with a spacious eating/working island that incorporates a neutral, “pickled-like” natural oak.

Another engaging kitchen detail appears on the backsplash, where interspersed among monochromatic rectangular tiles are square ones depicting birds. “The owners found an artisan in England who makes these fascinating bird tiles,” says Kaehler, “and he sent us many types of birds. The homeowner and I mapped out exactly where we wanted them to go on the wall.”

Although the family eats most meals at the large table beside the banquette, other special occasions take place in the more formal dining room. There, Heimbold used a taupe-hued wallpaper pattern of blue and white flowers that she interrupted, in a sense, with a large round minimalist painting. “To give the room a more architectural feel, we chose a sculptural brass chandelier,” she adds.

While the home is meant to be lived in, it’s also a place to work. The husband often retreats, with fellow band members, to a fully-equipped upstairs recording studio, a place for both serious playing and impromptu jamming. “We worked hard on all the colors and materials, as the space had to meet a lot of sound specifications,” says Heimbold. Given the continued success of the resident musician and the joy the family feels at living there, both Kaehler and Heimbold have clearly struck the right design notes.

A version of this article appeared in the February 2019 issue of CTC&G (Connecticut Cottages & Gardens) with the headline: House of Rock.