Tour an Overseen Property Transformed into a Dreamy Westport Garden 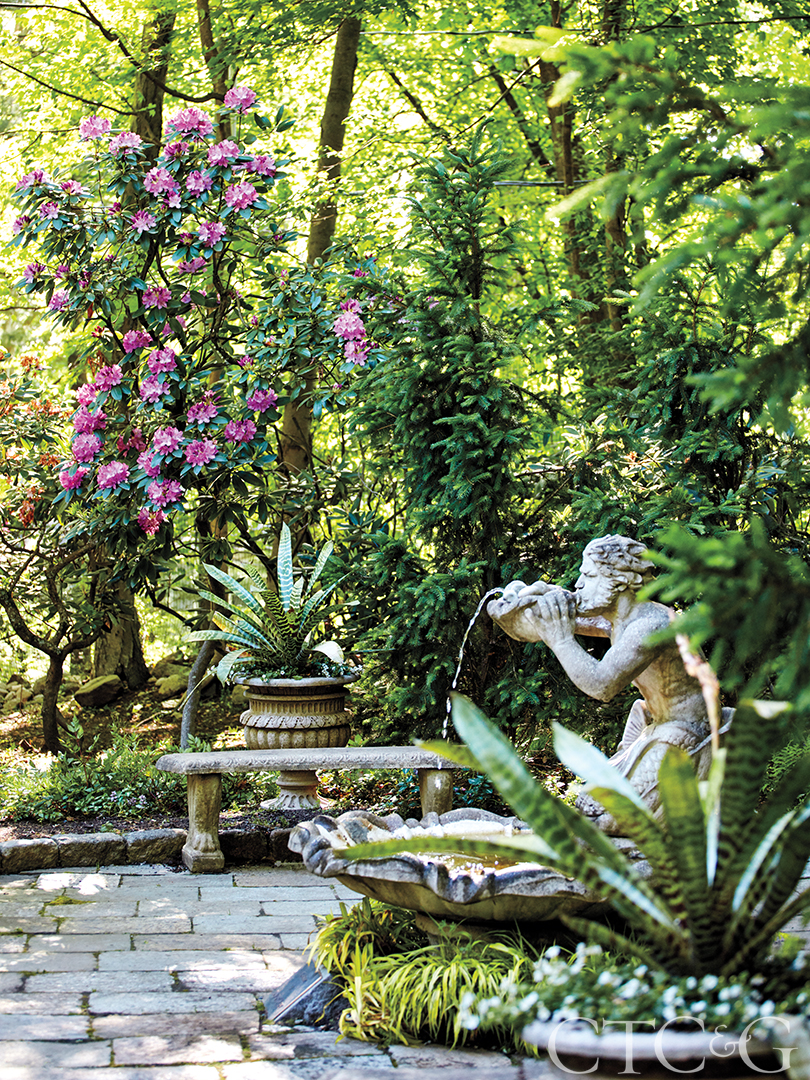 Clearly, Barry Blau was going straight for a legacy landscape. He was a man who dreamed big, and he obviously wanted to wow Westport. But he was also daring, because he chose a venue that few other homeowners were exploring at the time. Back in 1964 when Barry and Eileen Blau bought the property, neighbors were surrounding their country estates in safe swathes of lawn with perhaps some foundation shrubs thrown in. Instead, this highly successful advertising executive and entrepreneur built a garden of impressive proportions. Over several decades, Blau forged axes lined by rows of sculpted crabapples that would make their statement in maturity, he put in parterres and found fountains to ship home when he traveled abroad. Given only two acres in the middle of suburbia, he made his own mini-Versailles. When you build something on such an ambitious level, decades of maturity and maintenance are necessary to make the statement glow. The only way his legacy would have legs was if it was stewarded into the future. Fortunately, his family is equally foresighted.

Emily Blau grew up feeling different from the other kids on the block. One of the Blaus’ four children, she was two years old in 1964 when her parents bought the midcentury modern home with barn accents built as a spec house by theatre stage set designer Ralph Alswang in a brave new style he called “carpenter modern.” Initially, she felt dwarfed by the towering oak trees that loomed over the house. 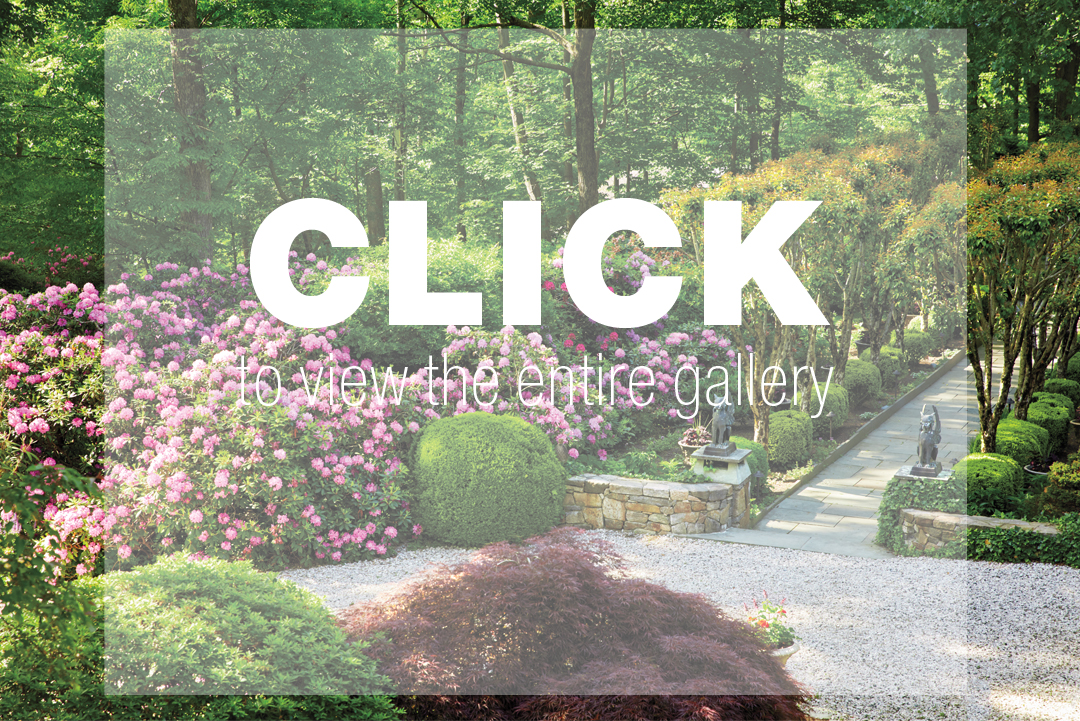 But even as her father began work on his botanical opus, she couldn’t help but inherit the pride. Her formative years were spent wandering a labyrinth of pathways accented by sculpture and ornaments that she saw nowhere else in the near vicinity. Other classmates were serenaded by the drone of lawnmowers while she listened to the water music of fountains. “It was very dramatic,” she recalls, “not like anyone else’s home.” There were moments when she bristled about the garden chores. But more often, she loved the link with the outdoors created by the yawning windows framing views of her father’s ambitious formal garden.

The fact that his landscape was a brave divergence from the neighbors was fine with Barry Blau. “He loved beautiful spaces,” Emily Blau recalls of her father who passed away in 2017, “and being artistic was true to my parents’ core.”

As she grew up, the garden gained grandeur as her father added an Asian garden, installed a stream, and put in a pond. He built terraces, walls, groves while populating them with massive urns, cherubs and stone griffins. He purchased Rhododendron maximum, the rosebay rhododendron, by the dozen to create a sense of walls and continuity in the space.

When Emily Blau bought the property next door 20 years ago, she no longer felt any ambivalence to the garden of her youth. “It’s so peaceful,” she says, “you can forget yourself in its rooms.” But she also had the rare insight to stand back and realize that her parents’ garden required revamping. And her husband, architect Robert Cohen had the respect and design savvy to honor the layers that had developed while rethinking spaces that had grown shabby.

As a result, the Blau garden has all the intrinsic elements that made the garden grand, with a refreshing update to bring it into the next generation. With more understory blossoms, focal points honed and sharpened, sight lines made more succinct, and statuary repositioned, it shines with pride of place. It feels loved. It feels like family.

A version of this article appeared in the July/August issue of CTC&G (Connecticut Cottages & Gardens) with the headline: Perfect Composition.