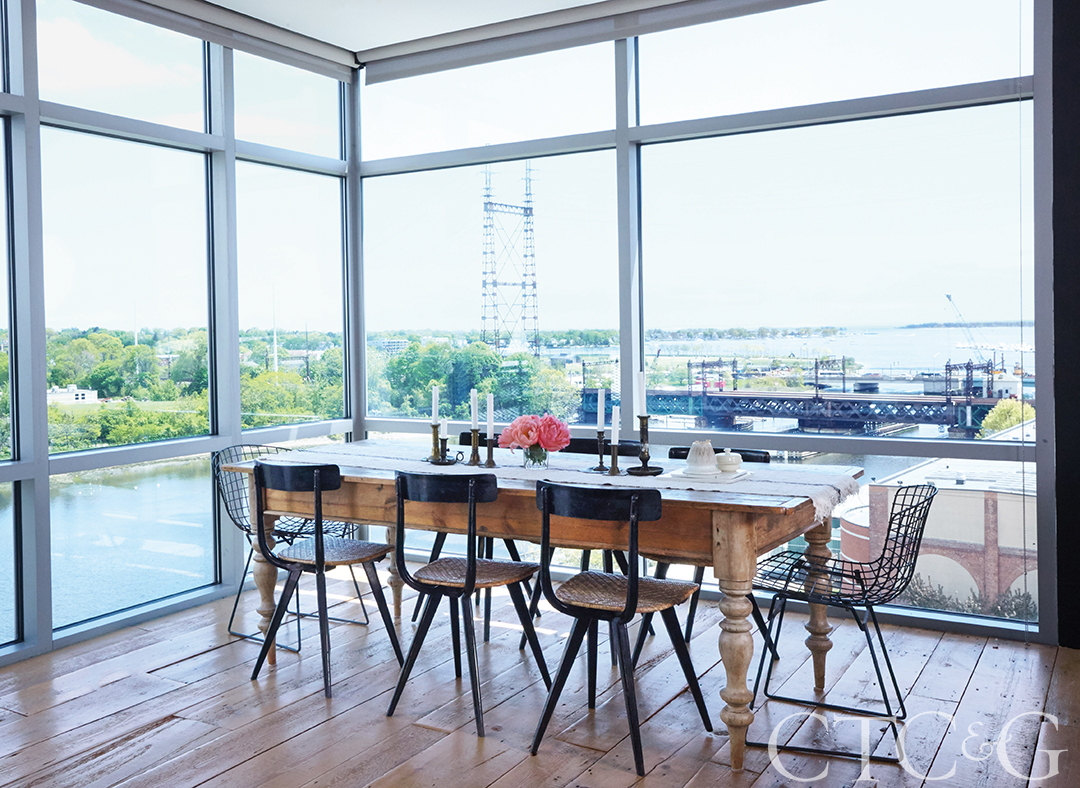 When Bruce Beinfield moved into the seventh floor of the eight-floor residential condominiums that make up part of the Maritime Yards (a mixed-use development in South Norwalk completed in 2007), it was safe to say the apartment was nearly perfect for him—he was the architect for the entire project, after all. The interior was true to Beinfield’s modern sensibilities, white walls with spare furnishings and signature Beinfield touches like full-height pocket doors, while walls of glass with views of the Norwalk River and Norwalk Harbor deliver dramatic impact. Beinfield customized his unit, originally designed for another buyer, with stainless steel countertops and fireplace surround. He replaced the flooring with reclaimed hemlock for an underlying current of natural warmth.

In typical Beinfield fashion, he sheathed a wall in zinc, hiding three large doors (and very valuable storage space). “I’m interested in using materials that are a little out of the ordinary. If I have a choice of using drywall or some other material, I’ll think about what the right material might be,” notes the architect. “But it’s all geared toward the emotional relationship between the space and the people who are perceiving it.” Perhaps without realizing it, he created the perfect—sparse and architecturally-rich—backdrop for Carol Matyia Ross, an artist and collector who is Beinfield’s fiancée and moved in a couple of years ago.

“It needed a little bit of help,” she says. “The first thing I did was paint the walls black because the light from the floor-length windows was so fluorescent, you needed sunglasses. The dark walls are like wrapping yourself in a warm blanket.” Matyia Ross’s studio took over one area of the apartment, while her collections crept into the rest of the space. “It was inevitable: If I was coming, my stuff was coming with me.” Her stuff, as she lovingly calls it, is decidedly unfancy: odds and ends gathered from years hunting flea markets and antique shops. “An interesting, odd thing becomes unique when everyone doesn’t have them.” A beat-up chair with layers of paint and an old doll perched on top (“I have a thing for creepy dolls,” she says) looks destined to be inside Beinfield’s modern backdrop. A collection of copper pots complements the sea of stainless in the kitchen area. “As an architect, I grew up in the world of modern, but I have always been struck by how the majority of modern spaces are not particularly warm and inviting,” says Beinfield. “I’ve seen many pictures of a white room with two Barcelona chairs and a baby on the floor. It seems more like a laboratory than a place where one would want to have a family,” he says. “I mitigated that with the reclaimed flooring, but it completely changed when Carol came and layered on her own sensibilities and shared her collections within the space. Her objects and the way she weaves them together breathe life in the space.” (In fact, Matyia Ross does interior styling for Beinfield’s firm.) 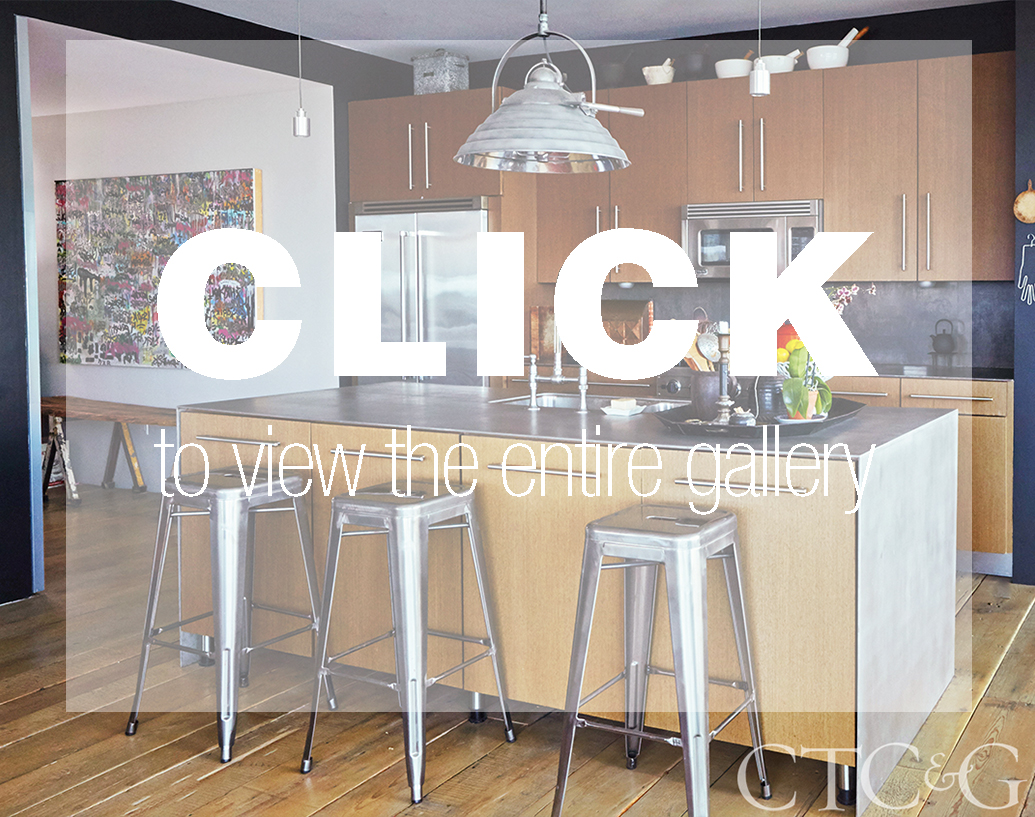 A bench in the hallway is symbolic of how the couple’s aesthetic—though at first glance distinctively different—blends remarkably well. Matyia Ross came home one day with a pair of old painted sawhorses and paired it with a plank that had been sitting around. “It was a perfect marriage. Both Bruce and I love humble materials,” says Matyia Ross. “We like taking the ordinary and turning it into something special.” Perhaps, though, more symbolic is what hangs above the bench: an impressive graffiti piece by Greg Haberny—an artist the couple have long known and admired. “There is a great deal of raw energy and intensity in all of his work and this one in particular. He layered graffiti on the canvas like language,” says Beinfield. Much like the very space the couple inhabits, he adds: “The more you look at it, the more you see.”

A version of this article appeared in the September 2017 issue of CTC&G (Connecticut Cottages & Gardens) with the headline: Material Impact.