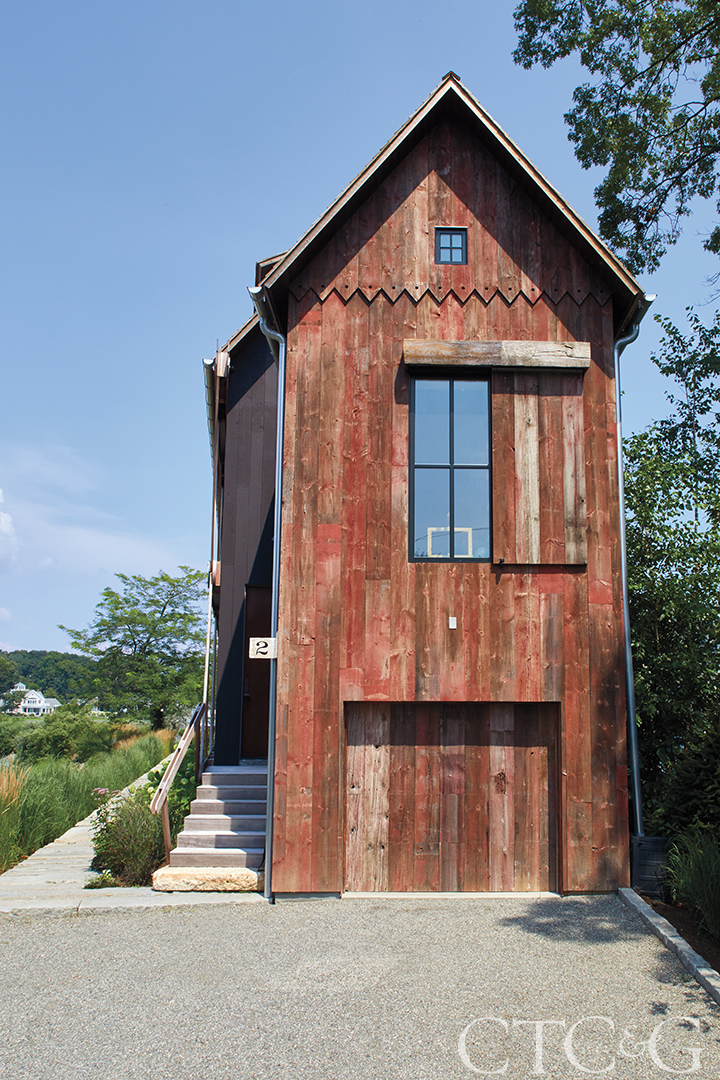 While it’s no politics, architecture is not immune to scandal—or at least a juicy backstory. When architect Bruce Beinfield wanted to build a house for himself and his wife, Carol (an artist and interior stylist for his firm), on a skinny piece of land in the Farm Creek tidal estuary in Rowayton, there was a bit of backlash. But unlike most political scandals, there was compromise, and Beinfield was able to build a structure that is as environmentally sensitive as possible and just as careful of the neighbors’ views of Farm Creek.

The property, a 500-foot-long, man-made peninsula constructed in 1894 to provide trolley service to an amusement park, was, to be sure, a challenge. Beinfield designed and built a structure that appears from the street as a narrow—12.5 feet wide to be exact—barn. “The image I wanted to create was ambiguity—whether or not this was an old barn that had already been there or a new house,” explains Beinfield. “We wanted to evoke the romantic feeling of an old barn.” 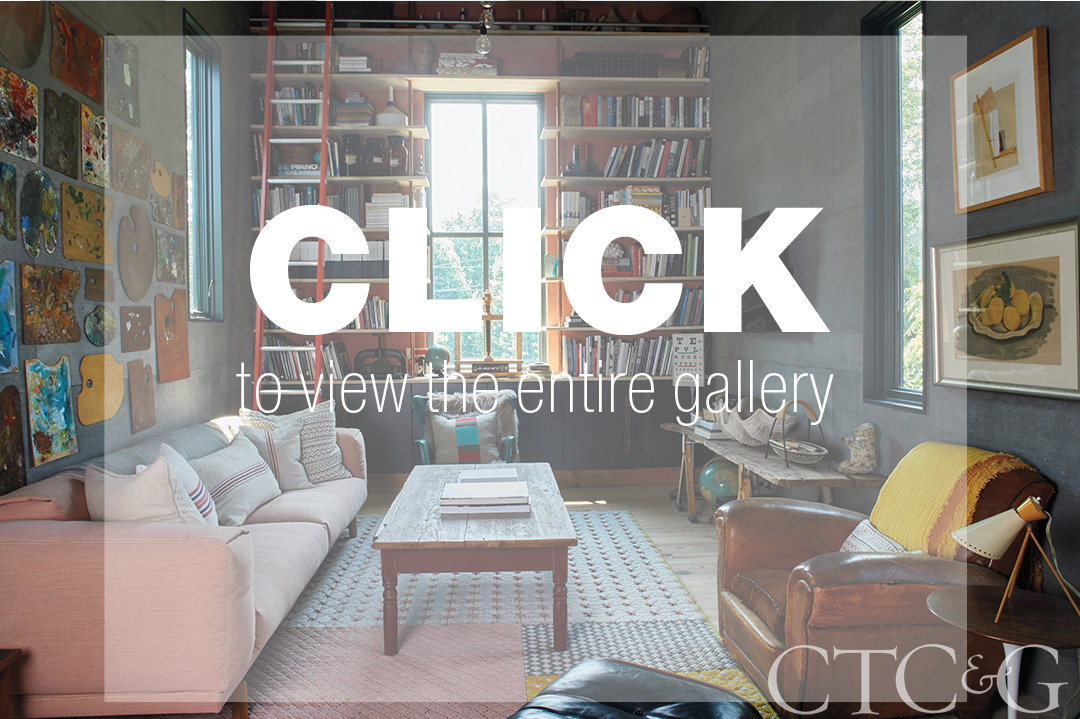 Inside, the entryway opens up to the staircase, taking advantage of the house’s full height and giving the stairs a more sculptural than functional appearance. The 75-foot-long structure is divided into different zones of living by steel girders, with a hallway running down one side, while all the rooms on the opposite side have operable steel windows framing the water views. The back of the house, or the fourth zone (dining, kitchen and living), is where the house hits its widest point—16 feet. But, notes Beinfield: “There is never a sense that it is a skinny house—it just doesn’t register. The house fits together like a puzzle, but seems to almost naturally fit the site.”

As is Beinfield’s typical approach to architecture, basic materials are elevated in a sophisticated way. Reclaimed wood is used as a nod to the history of the site but also adds warmth and character; ductwork and steel beams are left exposed; basic concrete blocks are used in place of drywall. “I want the basic elements that make a house—windows, heating and cooling system, and structures—to take on a little bit of a sculptural quality,” says Beinfield. “Work with what you need to have to run a house and develop it into something beautiful, and there is no need for trim or detail moldings like there would be in a more traditional home.”

Beinfield knew there would be one more vital layer on top of his well-thought-out plans: His wife would certainly be adding her signature once they moved in. “She takes great joy in collecting things, and the rigid structural order was put in place with the knowledge she would bring in a level of chaos,” he says. “As an architect, having an ordered background for each project that allows for chaos to run through it is a recipe for bringing spaces to life.”

“I am, by nature, a collector,” says Carol. “Bruce, being an architect, likes the more austere and clean-lined, which I like also but can’t keep very long. It’s a good foil.” The house is decorated with a delightful mix of old and new, textural and material. A worn farm table is paired with midcentury chairs; a Cloud sofa in the living room instantly warms up the concrete walls. The attic floor is devoted to Carol’s studio, and, with rustic oak floors and walls of old barn wood, it evokes a sense of mystery and romance, while her collections add an ever-changing layer of artistry. “This space was dedicated to being an explosion and not having to worry about what it looks like. It’s meant to be exactly what it is: a living, walk-in Pinterest board,” Carol says.

“We have many facets to our personalities,” she adds. “It’s the same with the home. It takes on all kind of interests and likes. When you don’t think too much about what is going to match and buy things that you love, it works.”

A version of this article appeared in the March 2019 issue of CTC&G (Connecticut Cottages & Gardens) with the headline: An Internal Journey.