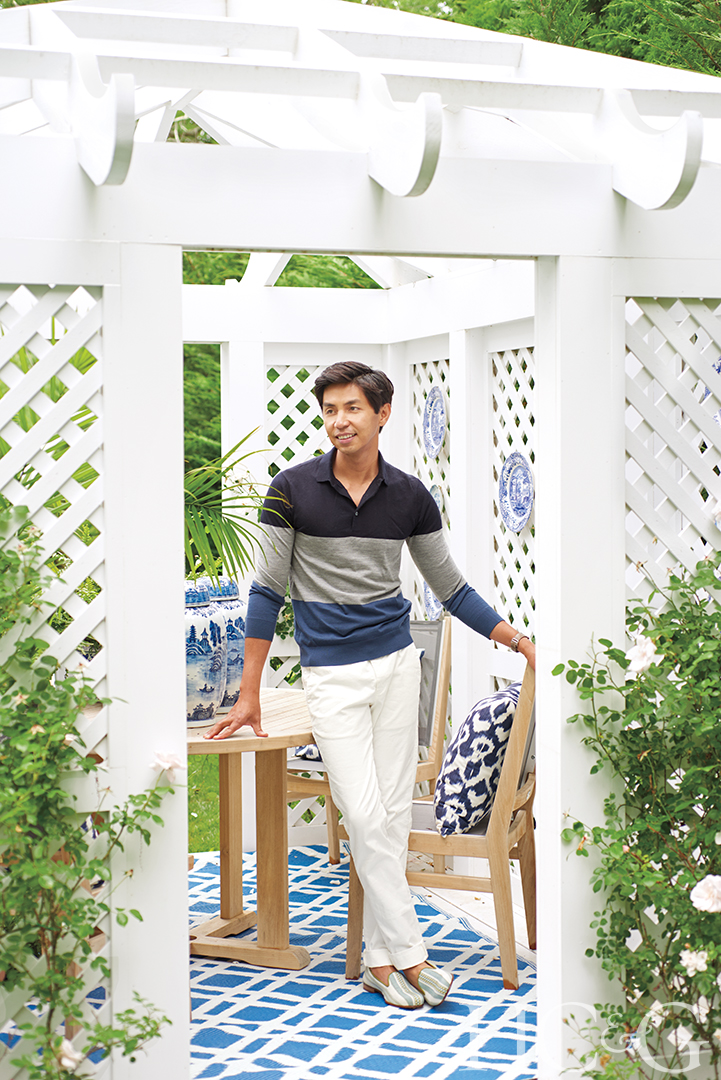 Fitting furniture into a room is always tricky, but if almost every stick has been designed in advance of being installed, the guesswork is gleefully gone. Such was the case with the East Hampton house that fashion editor turned home accessories designer Blue Carreon decorated for his husband, Bruce Bromberg, and himself. “We first saw the home when it was under construction,” recalls Carreon, “and although I like the romance of restoring an old house, Bruce wanted a new build. We decided on this one after seeing something like 80 properties.”

As a compromise of sorts, Carreon got to choose much of the home’s finishes, in addition to designing a host of bespoke furnishing pieces, thanks to his extensive contacts with craftsmen in his native Philippines. Upholstery fabrics were shipped to the island nation, where they found new life in furniture that was later sent by container in one fell swoop to East Hampton. “Many years ago, I dreamed of producing a furniture collection, but the reality of that business model is just too difficult,” reflects Carreon, who owns Blue Carreon Home, a decor emporium in East Hampton’s Red Horse Plaza. “So I ended up creating a collection of smaller pieces, from occasional tables to accessories. My first client was Bergdorf Goodman!” 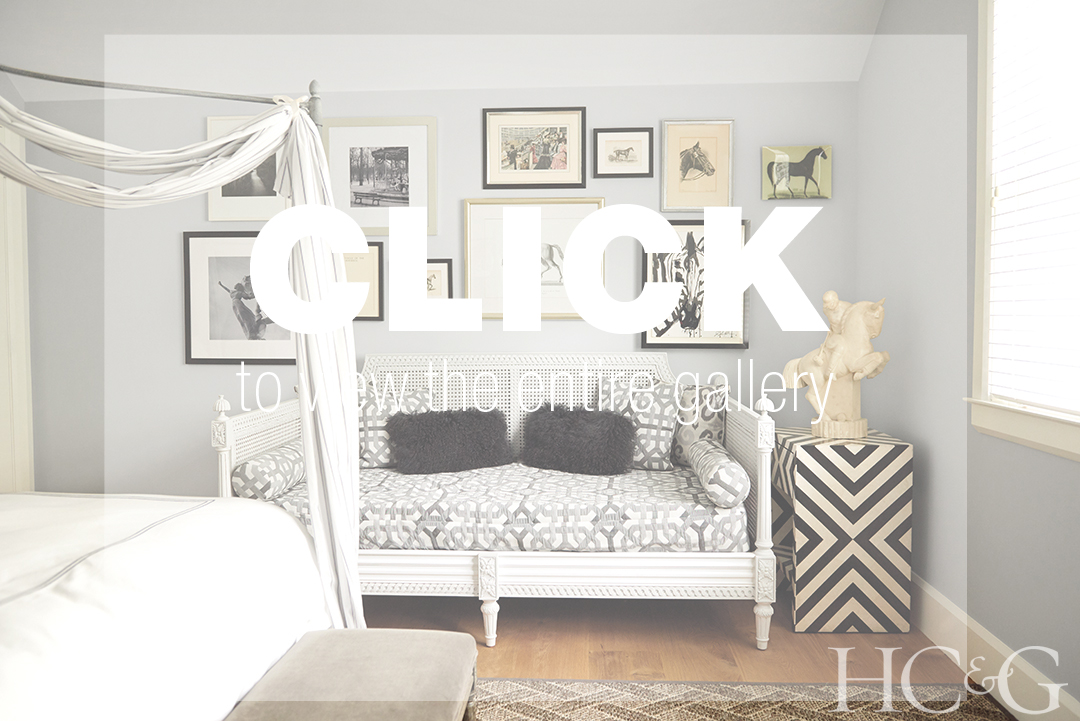 In the years before he moved permanently to the States, Carreon earned a degree in fashion merchandising in Toronto, then returned to his native country, where he was the fashion editor of the regional edition of Tatler. He subsequently moved to Hong Kong to fulfill a similar role for Tatler and, later, the Hong Kong edition of Amica, a leading Italian women’s fashion magazine. He opened his first home shop in the Philippines in 2014, although he and Bromberg knew a bigger change was looming. “After living in Hong Kong for 10 years,” says Carreon, who continues to write about fashion for Forbes.com, “Bruce wanted to be closer to his family, and we both desired a getaway from the frenetic pace of city living. We chose the Hamptons because Bruce had owned a house here before moving to Hong Kong and knew it well.”

Although it was close to perfect, the house came with some slight imperfections, including a challenging floor plan, with a great room on the main floor that opened onto several other rooms and a large staircase to the upper and lower levels, leaving little wall space or delineation from room to room. Carreon rose to the occasion with a soothing, unifying color palette of grays, pale blues, and taupes that make the house airier and lighter, almost like a garden pavilion, amplifying views to the pretty grounds outside. And somehow he carved out space to install a considered, thoughtful, personal collection of artwork, including a Jeremiah Goodman print of Betsy Bloomingdale’s living room above the sofa—a sweet token of his friendship with the late artist—and prints and paintings of male nudes and a torso on the lower stairwell, about which he quips, “It’s a reminder to go downstairs to the gym to work those abs!”

The Kelly green library and peacock blue powder room are the most dramatic spaces in the house, the latter hung with Robert Polidori photographs. “People might think it’s odd to have ‘real’ art in a bathroom,” Carreon suggests, “but I don’t think there’s a right or wrong place to hang art as long as you love it.” The palm-tree-themed library, meanwhile, is Carreon’s favorite space, kitted out with whimsical flourishes like a toy sheep from the New York gift show and a Curtis Jeré brass wall sculpture placed idiosyncratically on the ceiling.

Bedrooms upstairs are peaceful oases for the couple’s guests. One boasts a lit à la Polonaise and a My Fair Lady Ascot theme, done up in blacks and whites like the Cecil Beaton scene from the famous movie. (Carreon, it should be noted, is an enthusiastic equestrian.) A twin-bedded room at one end of the hall features a calming celadon print on the walls, and at the other end, Carreon keeps a home office, complete with a ping-pong table that doubles as his desk. “I like to work at a big desk,” he says nonchalantly, “so this seemed like a reasonable alternative. And in the summer, we play rosé ping-pong!”

The garden is Carreon’s latest passion, a jewel box much in keeping with his house. He worked on it with the help of his friend landscape architect Mario Nievera, who tucked unsightly pool equipment into a triangular planting of boxwood that draws the eye out across the pool and into the woods beyond. Replete with a charming gazebo for outdoor dining and pea-gravel paths lined with shattered rose petals, it’s a dreamy outdoor oasis for Carreon, Bromberg, and their Cavalier King Charles Spaniel, Brighton. Compared with hectic Hong Kong, notes Carreon, “The fresh air in the Hamptons is amazing. And the light is beautiful no matter what time of year.

A version of this article appeared in the September 2018 issue of HC&G (Hamptons Cottages & Gardens) with the headline: Blue's Clues.