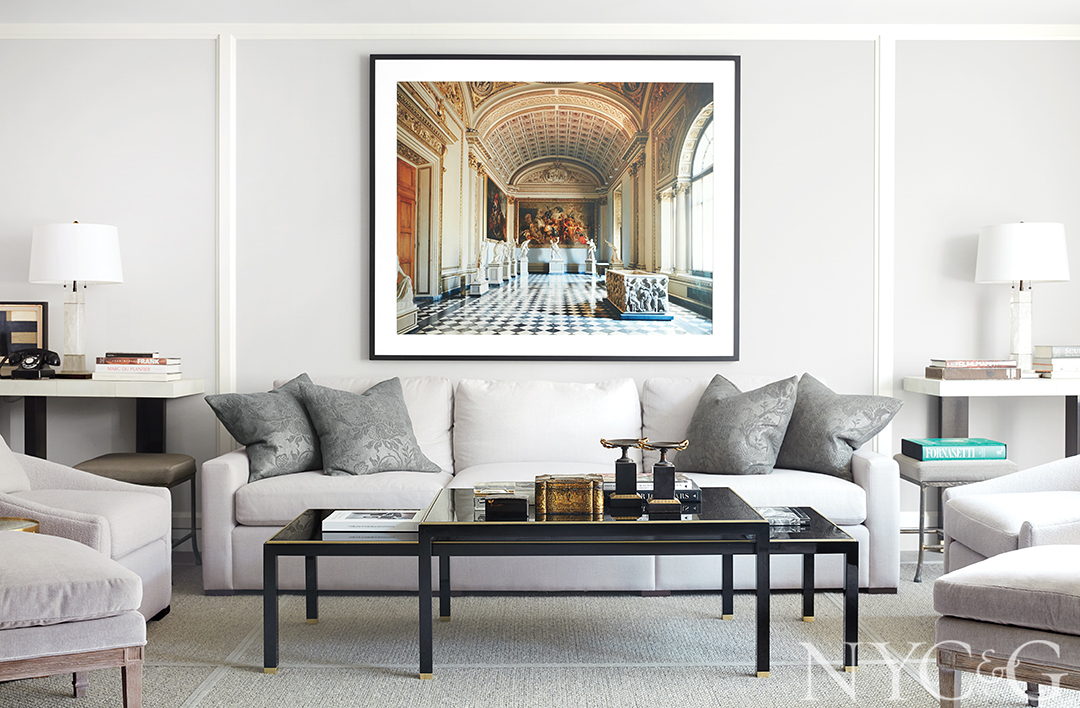 Every first Monday in May, interior designer Brian Gluckstein and a bunch of his friends grab their binoculars and gather around his living room window, which faces the Metropolitan Museum of Art. The room buzzes with excitement as Gluckstein and his guests watch glitzy A-listers arrive for the famed Costume Institute Benefit, more commonly known as the Met Gala. “It’s great fun and very festive,” gushes Gluckstein. “Everyone looks forward to it all year long.”

But it’s not just the highly coveted view that keeps the Toronto resident and his longtime partner enamored with their pied-à-terre. The building itself, designed by Philip Johnson in the 1970s, features a limestone-clad façade and a double-height glass lobby, where French tapestries and crystal chandeliers dazzle alongside chrome, leather, and stainless-steel accent pieces—an assemblage that echoes the decorator’s own penchant for mixing traditional and contemporary elements. Then there’s the neighborhood, a tantalizing stretch of the Upper East Side characterized by abundant leafy trees, close proximity to Central Park, and a community-like spirit.

Gluckstein, who previously lived in a smaller apartment next door for five years, comes to town frequently for client and vendor meetings and jumped at the chance to buy his current, larger digs in 2016. He gutted the new 1,800-square-foot space down to the concrete, which allowed him to rethink everything from room configurations to materials and finishes. “When there’s so much you want to alter,” he says, “it’s easier to begin from scratch. It became one big room, and we redesigned the layout from there.” 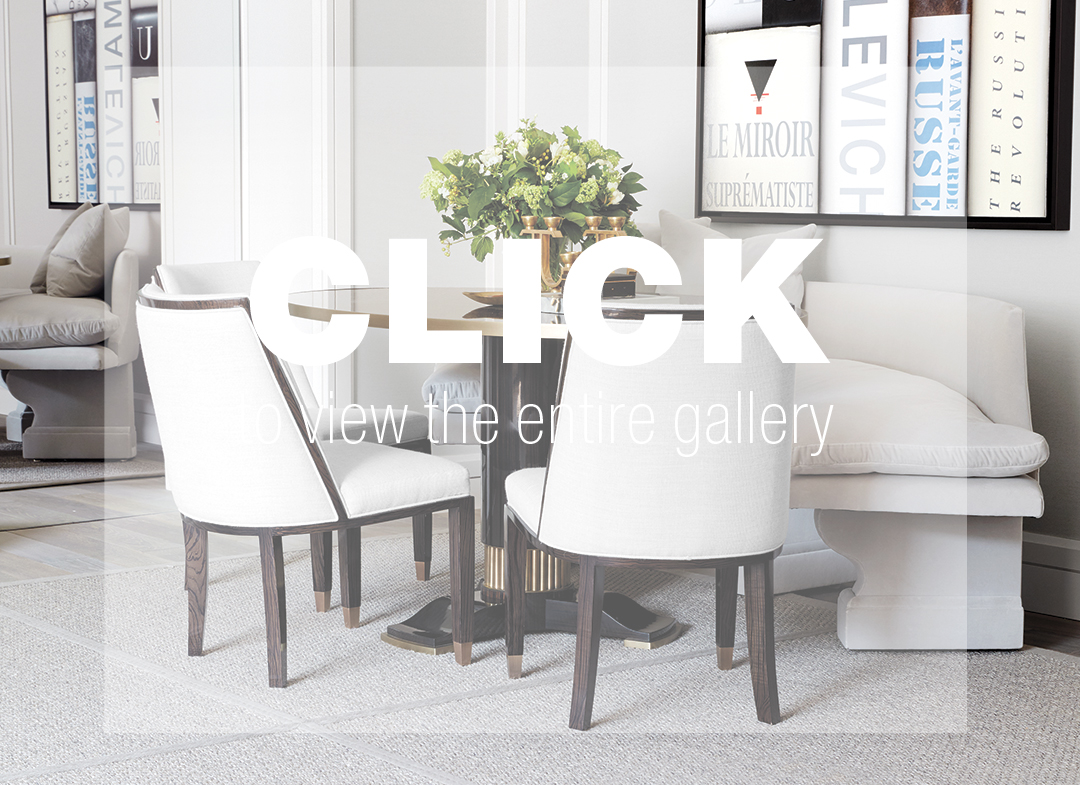 The designer started by replacing carpet with wire-brushed gray oak plank flooring and reworking the existing heating and cooling units below the windows to accommodate storage. He also enlarged the three bathrooms and two bedrooms, in addition to making space for a laundry room and additional closets. In the master suite, Gluckstein covered the wall behind the bed with upholstered winged panels, which help define the sleeping area and block noise. He also expanded the cramped kitchen and installed a mirrored wall with windowpane detailing to create a sense of “openness and depth,” a trick similarly employed in the living room, where floor-to-ceiling mirrors on two recessed walls flank the fireplace. “These are especially successful,” he points out, “because you don’t see your reflection when you’re sitting in the room. It gives the illusion of bigger proportions.”

Gluckstein designed most of the apartment’s furniture, with the goal of having the majority of it “waiting in storage by the time construction was finished. I like my projects to have a beginning and an end, not to drag on.” A soothing sanctuary of gray and beige, the living room now serves as both a sophisticated place for entertaining, outfitted with several seating arrangements, and a comfortable crash pad for lounging. A niche in the fireplace chimney breast smartly conceals a television, although most of the time the main focus is on a dramatic oil on canvas by Yrjo Edelmann, which hangs above the mantel. One corner doubles as an informal dining area, complete with a pedestal table and a velvet-covered banquette designed by John Saladino. Accessories are minimal, but Gluckstein gives pride of place to a Greek urn once owned by the late fashion designer Gianni Versace. “Objects like this urn,” he says, “are what truly make a home special. The challenge is in the editing, because there are so many aesthetics I love. Fortunately, my partner lets me do almost anything I want.”

A version of this article appeared in the May/June 2019 issue of NYC&G (New York Cottages & Gardens) with the headline: Flair on Fifth.