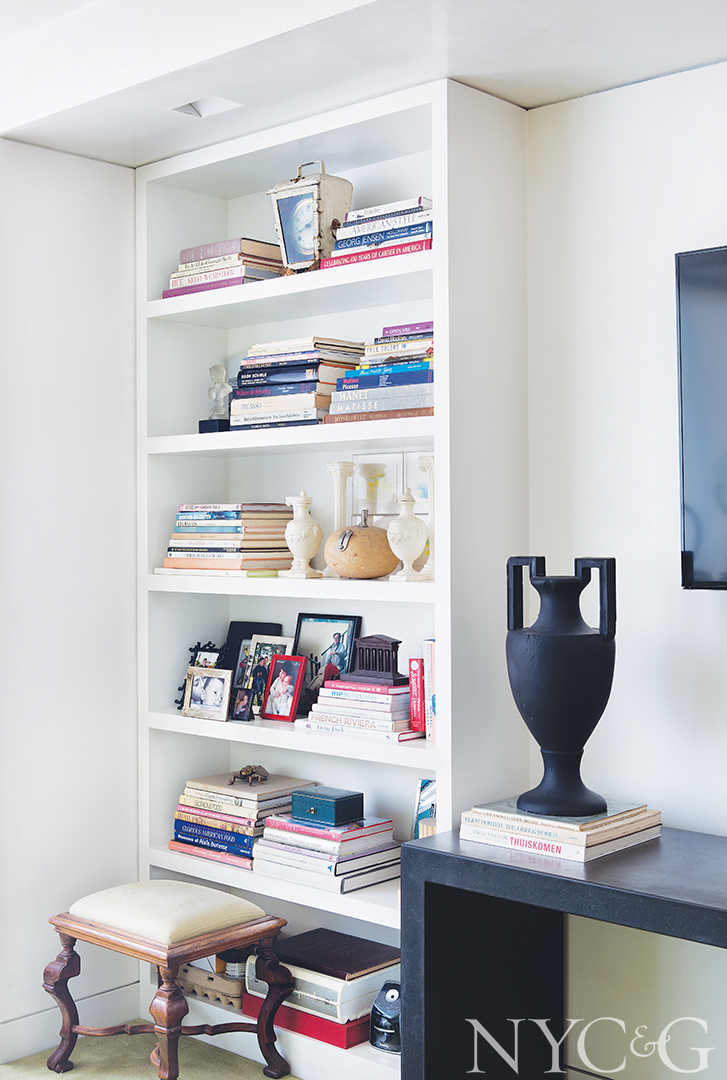 “I didn’t touch a thing!” exclaims interior decorator Mark Epstein as he opens the door to his new one-bedroom apartment in UN Plaza. But designers like to say that sort of thing. In truth, nary an original finish remains, although the full-height windows looking toward Manhattan’s East Side skyline and the East River are authentic to the iconic building complex, designed by Harrison & Abramovitz and opened to great fanfare in the late 1960s.

After living in a prewar rental for more than 30 years, Epstein has conjured up the ultimate bachelor pad. “I needed to treat myself to the lightness of an airy apartment,” he says. The brief he gave to himself: Create a modern backdrop for the eclectic furnishings that he has accumulated during a lifetime of collecting. He laid American walnut flooring in an elegant point d’Hongrie pattern (the warm wood is a nod to the famous book-matched walnut walls in UN Plaza’s lobby); upholstered a sleek sofa and chairs in a dreamy celadon silk and mohair blend; gave walls a white Venetian plaster finish (with the help of frequent collaborator Jennifer Hakker of Applied Aesthetics Painting Studio); and installed white industrial glass in the bathroom and kitchen, rather than stodgier stone or tile. Even in the dim light of dusk, the new surfaces shimmer and glow. 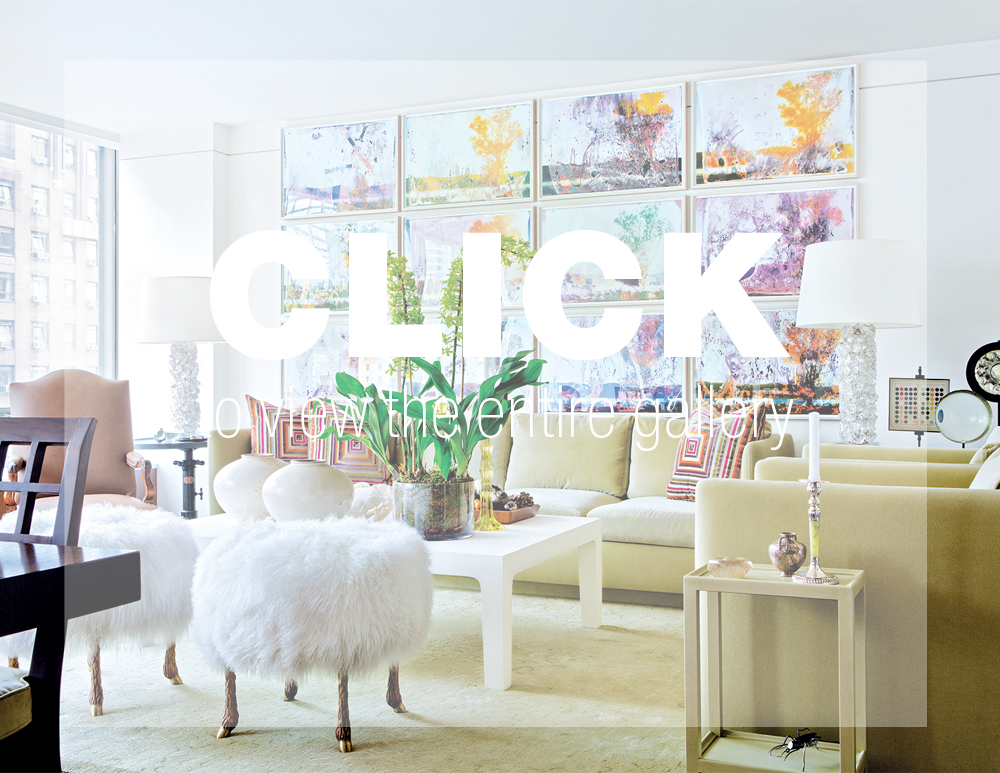 Exquisite decorative details, a testament to Epstein’s curatorial eye, are everywhere one looks: bowls filled with bibelots such as marble grapes and gilt tin cannabis flower buds, a pair of wire-caged rock-crystal lamps, white Adam-style covered tureens on the windowsill. An 18th-century French fauteuil has been re-covered—mon dieu!—in caramel leather. And a dozen C-prints by Matthew Brandt depicting a lake on the West Coast hang above the sofa: As with other photographs from Brandt’s series “Lakes and Reservoirs,” what makes the images doubly intriguing is that they have been developed using water from the lake itself.

In the bedroom, Epstein has cleverly placed a floor-to-ceiling mirror adjacent to a bank of windows, which reflects the view and allows a sitter in the ample club chair to watch the tugboats ply the East River. But the eye is also drawn to the marble-topped 19th-century commode that Epstein uses as a night table, an antique mirror and a Matisse drawing hanging subtly above it.

In this new, clean and serene abode, Epstein loves to entertain friends around a vintage T. H. Robsjohn-Gibbings dining table that seats 12. His much-anticipated, delicious meals emerge from the compact, expertly engineered kitchen, where a wall of hand-painted quotes from Julia Child provides culinary inspiration. “I really can’t believe how much I feel at home here,” he says. “For so many years, I lived just 20 blocks away, but this is an entirely different world. There are nine good restaurants, a cobbler, a barbershop, and a dry cleaner all within a five-minute walk. It’s like a little village in the middle of the big city.”

A version of this article appeared in the May/June 2017 issue of NYC&G (New York Cottages & Gardens) with the headline: Plaza Sweet.