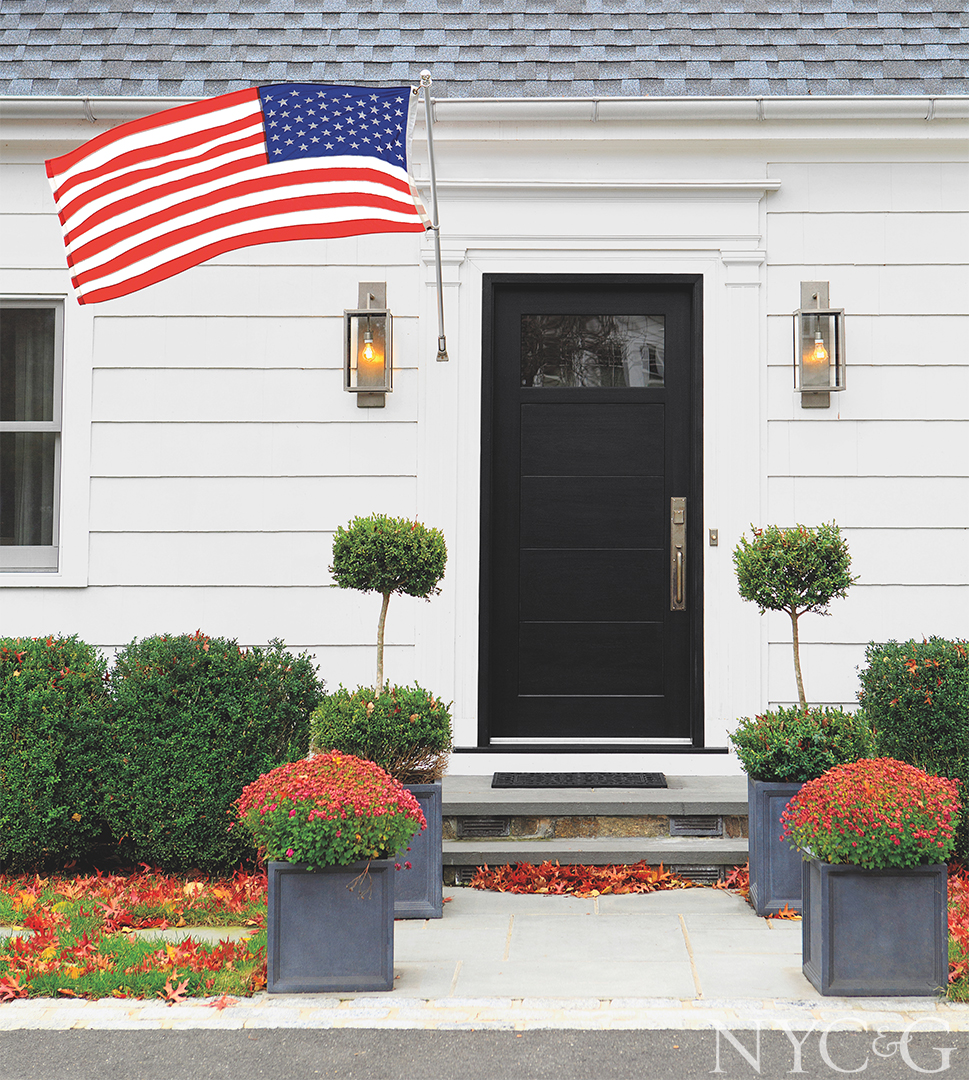 When they first set eyes on the modest 1920s Cape in Old Greenwich, Marcia Tucker and her husband were drawn to the home’s classic white clapboard façade and the quiet neighborhood setting within walking distance of the shops and train station. That was in 2003, when they were in the process of moving to Connecticut from London with their two young boys. “We loved the feeling of the house,” recalls Tucker. “It had a lot of windows and a lot of light, but it wasn’t built for our lifestyle and aesthetic. It needed to be adjusted to a more modern way of living.”

For the Brazilian-born designer, that meant tearing down walls, replacing windows and doors, removing crown molding and dated paneling, and replacing the electrical, plumbing and HVAC. She also eliminated the small coat closet in the entry, which opened up the foyer, had a glass railing made for the stairs, and swapped out the traditional wood mantel with a more contemporary walnut veneer. “I have stages in my life as a designer,” she says. “I fell in love with walnut, and it became my favorite wood.” 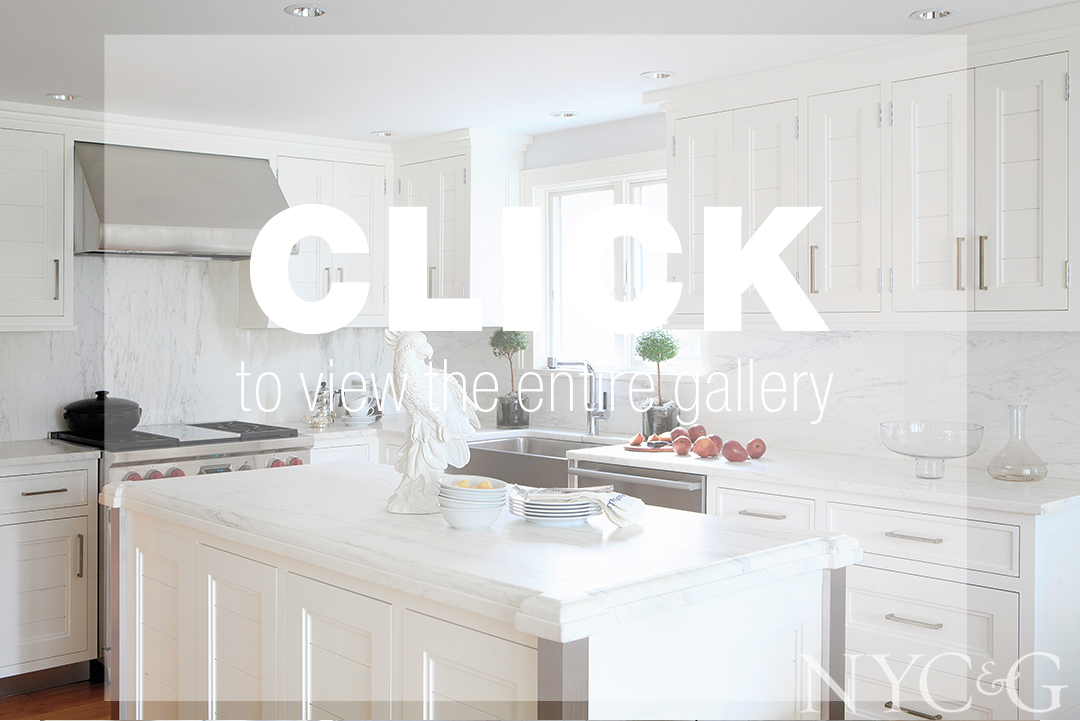 Over time, additional changes included turning a two-car garage into a family living space off the kitchen and carving a formal square courtyard out of a shared driveway. “The house looks small from the outside, but it’s super spacious inside and has a really long backyard,” Tucker says.

With its open floor plan and contemporary furnishings, the interiors are sophisticated and modern, bright and cheerful. “It’s a place for our boys to welcome their friends and for us to welcome ours,” Tucker says. Each room features a mix of custom and iconic pieces: In the living room, for instance, the Zimmer + Rohde-covered sofa was originally designed for a Greenwich show house; the curved lacquered coffee table is from Holly Hunt’s Asian collection; and the orange chair is by late furniture designer Vladimir Kagan. “I jumped at the opportunity to get one of his pieces,” she says.

Throughout, Tucker kept the background simple and understated—a neutral palette of black and white with pops of color and a consistency of finishes to tie everything together. Walnut plays a starring role: In addition to the living-room mantel, the designer wrapped the library in walnut paneling, the billiards room millwork is walnut veneer, and a custom buffet console in the dining room is made of one-inch walnut slats. Walls and ceilings are finished in Benjamin Moore’s Super White; oak flooring is original to the house; and the all-white kitchen is inviting and easy to maintain. “I wanted to let the life that is in all of us fill the space,” Tucker says. “I like all the rooms to be talking to each other.”

She also wanted a backdrop for the family’s collection of contemporary and South American art. “I love to display beautiful art, and I didn’t want the decorating of the house to impact what we would later bring to the walls,” says the designer. “I wanted to create a background for things to grow organically that we picked up over time.”

Among her favorite pieces are a painting by Brooklyn-based artist Max Gimblett, a set of black-and-white photos by French photographer Xavier Roy, a print by Brazilian artist Beatriz Milhazes and a wooden bench by Hugo França. “He goes to a river in northern Brazil and rescues these abandoned trees,” says Tucker. “Then he turns them into furniture. We bought this piece when he was just becoming famous.” Throughout, there are whimsical touches, too, such as a pair of green ceramic parrots, a flea-market find. “They represent a little bit of Brazil for me,” she adds. “They remind me of my childhood.”

A version of this article appeared in the October 2018 issue of CTC&G (Connecticut Cottages & Gardens) with the headline: Rhythm of Life.