Tour the Bucolic Grounds of a 10-Acre Connecticut Landscape 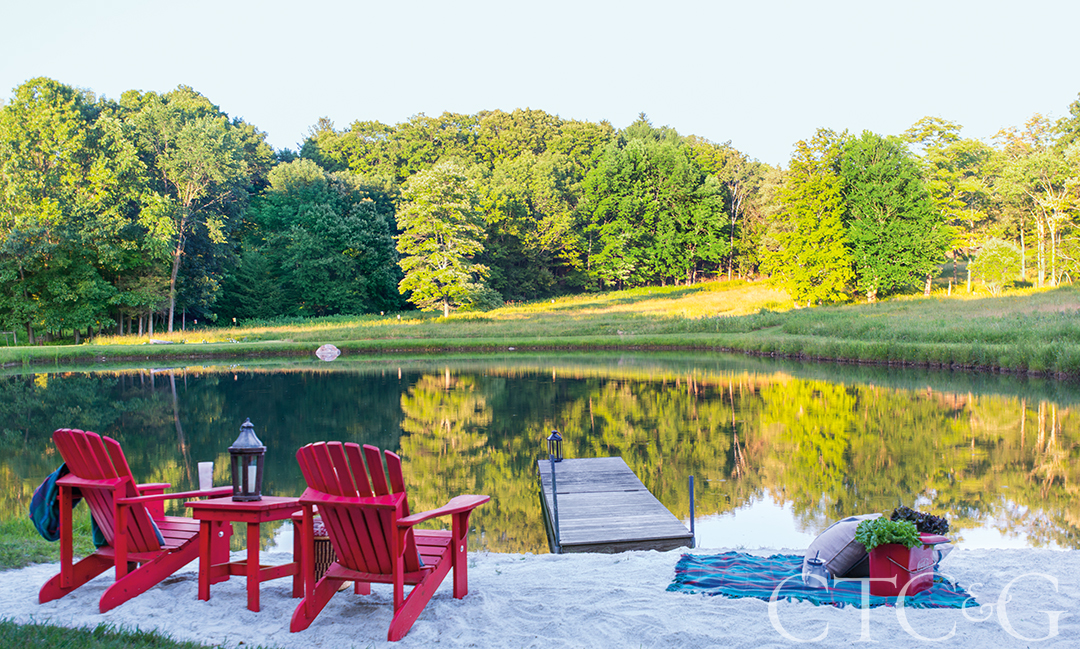 When Debbie Meek went rural, she dove in deep. Of course, many urban expats find country digs, but this is different. Beyond just immersing herself in the midst of 10 sublime Bridgewater acres, she quits the main house on a regular basis to bivouac in the barn, throwing the windows open to listen for night creatures. Clearly, the city is long gone from Meek’s feng shui. Still, her Midwestern roots run deep. Maybe that’s why the rolling meadows spoke to Debbie and Tom Meek the moment they saw the property. Given the wide open spaces, they could easily be back in Kansas.

In truth, Debbie was slightly hesitant when first shown the property in 2010. Never having tackled anything more complex than basic foundation planting, her gardening skills were pretty much focused on containers prior to the Bridgewater gig. Plus, the seller was renowned antiques dealer Lou Marotta, who had already taken the house to another design level (featured in this magazine in September 2008). An entertainer of formidable proportions, the house undoubtedly hosted a litany of notables soaking in the view framed by the boxwood hedging established during his nine-year tenure.

Meek had the insight to leave the gifts from past owners in place, but also the courage to continue building on the legacy. Actually, stewardship began long before Marotta purchased the property. The original owner, Anthony Sega, had a penchant for ponds and found profound places to tuck two placid bodies of water, shuffling land to craft just the right swoops and rolls. Due to their depth, no algae builds up on the ponds’ surface. Plus, a labyrinth of drainage lies beneath what is now a natural meadow. For access, mown paths wind around this prairie-like expanse clothed in mountain mint, Queen Anne’s lace, bachelor’s buttons, ironweed, milkweed, lobelia and a carpet of other blossoms. As the year progresses, that broadloom shifts color in an ever-evolving panorama until it peaks in autumn. Gilding the scene is the focal point of seven meticulously pruned apple trees atop a further knoll. 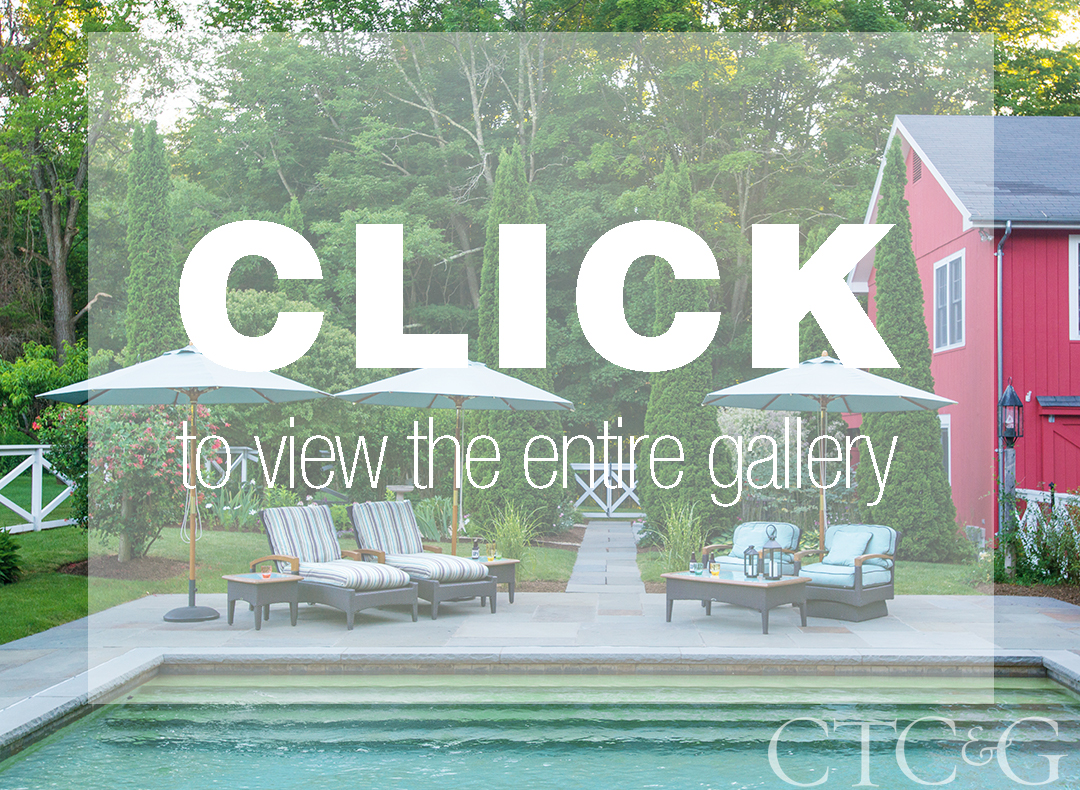 Not long after taking residence, Meek discovered local garden designer Deirdra Wallin. Wallin’s repertoire of plant knowledge is prodigious, and together they curate the property to another creative plateau. The resulting landscape feels indigenous—with a formal twist. From the gaura, sedum and dusty miller presentation that hems the parking area and forms a frothy bed below espaliered apples to the bumped out beds of blossoms on the terrace above the meadow, this simpatico landscape lays itself gently on the acreage. Nothing feels contrived. Where an accent is needed near the house, it’s likely to be an aged armillary. A faux bois table and chairs are perfectly positioned in dialogue with a tree. But rather than leaning heavily on statuary, Meek and Wallin let the land speak for itself while adorning around the footprint of the buildings. That’s where the family penchant for living outdoors becomes evident. Every destination is cosseted in blossoming gardens giving it a festive, grounded and embracing appeal while beckoning everyone to tarry.

Meek selected targeted spaces to focus her energy, and she now pours her talents into composing urns and other accents. Her secret to success is two pairs of French doors in the barn where container ingredients are wintered. The barn is enveloped in a garden filled with rudbeckia, daisies and monarda as well as shrubby rose of Sharon, hydrangeas and other stoic long-season performers. The adjacent pool is ensconced in a modesty screen of hydrangeas, with daylilies, cleome and zinnias providing a prolonged festive moment. Passion flowers climb up lantern poles, birds swoop around in the meadow, butterflies flit, bees buzz about their business, fireflies illuminate the evening, and dragonflies make the most of the ponds.

Sound like Brigadoon? Well, the property definitely has its surreal aspects. For example, Debbie woke up one late summer night to what she reported as the visitation of a donkey, horse and pony trio. Of course, they vanished immediately. And her husband figured it was just the sweet dreams of someone abiding in a place perhaps too akin to paradise—until they found hoof prints the next morning. Somehow the scenario seemed perfectly befitting. It’s yet another reason why the Meeks love not being in Kansas anymore.

A version of this article appeared in the October 2017 issue of CTC&G (Connecticut Cottages & Gardens) with the headline: Meadow Larks.

This article appears in the October 2017 issue of CTC&G (Connecticut Cottages & Gardens).