Tour the Vibrant Amsterdam Home of an Artist

A converted 1896 granary on a pier is home to Artist Mariska Meijers. 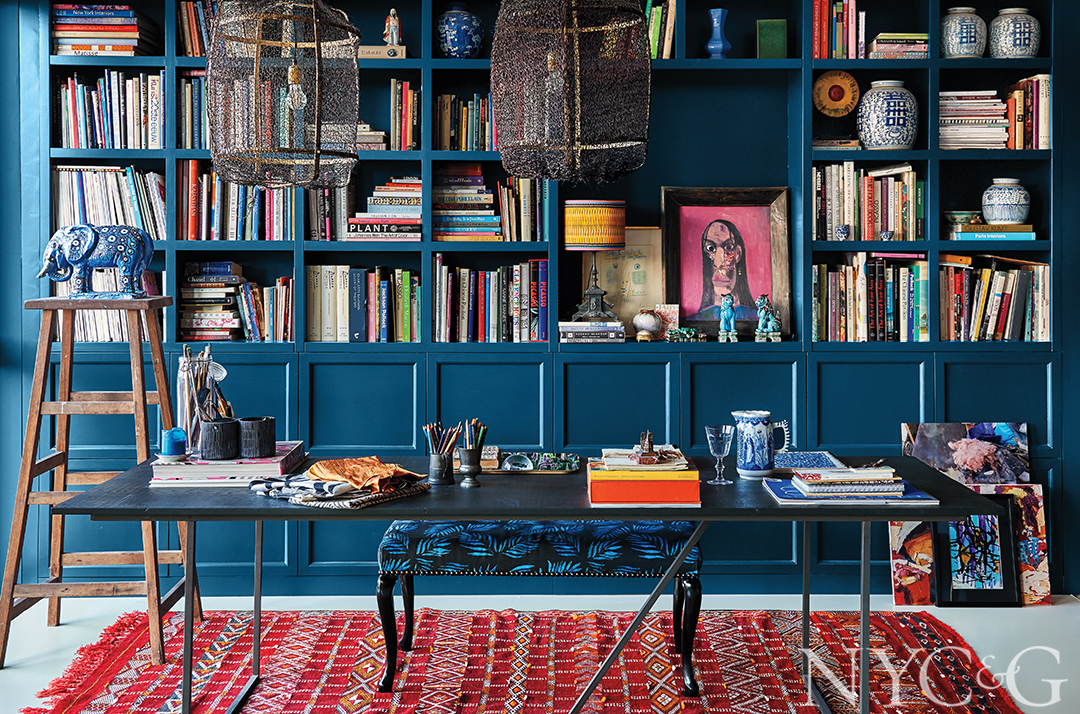 For a long time, Mariska Meijers indulged her creative impulses only on weekends, using painting as a way to relieve the stress of her high-flying career in finance law. But in 2006, with the economic crisis looming, she decided to jump ship. “I wanted to get out before things got ugly,” says Meijers, a Netherlands native who had lived in London, Singapore, and Stockholm before settling down permanently in Amsterdam in 2003. These days, Meijers splits her time between painting, running a home decor shop, and designing interiors and furnishings with vivid patterns that range from ikats to birds to playfully abstracted florals.

Meijers produces a full range of fabrics, wallpaper, lampshades, stationery, trays, and tray tables, which she sells both locally and abroad in both North and South America, Africa, Asia, the Middle East, and other countries across Europe. A little more than a year ago, having outgrown her design studio–cum–retail space, she opened a proper storefront in the city center. 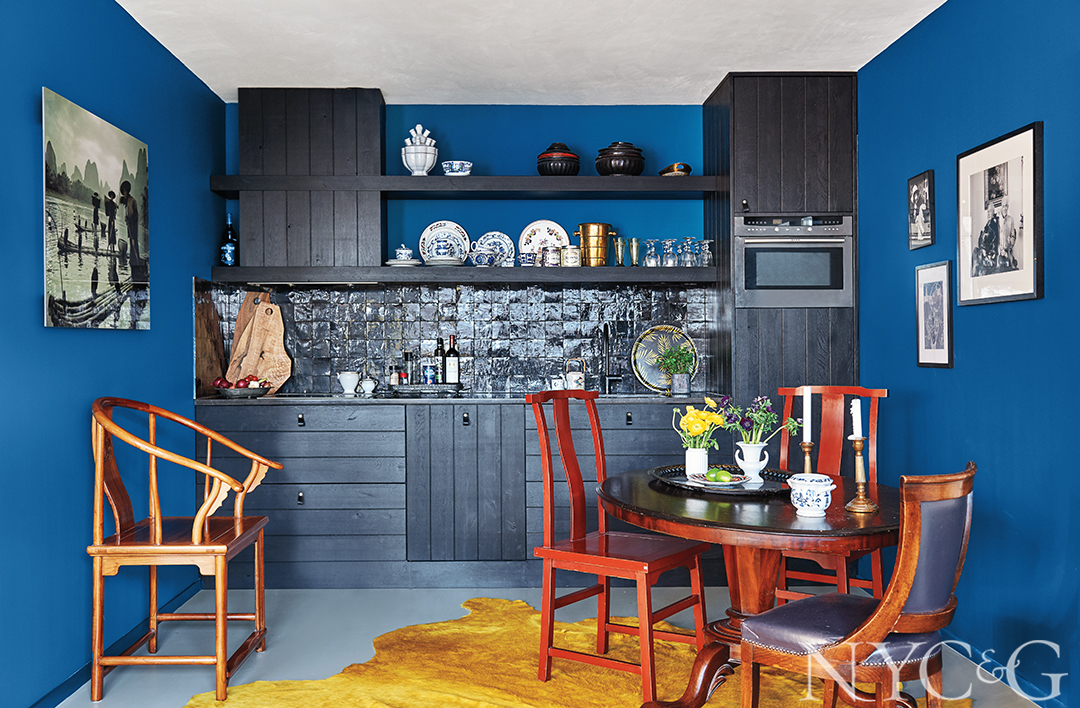 Meijers recently moved house as well, settling into a converted 1896 granary on a pier in Amsterdam’s Houthavens neighborhood, a hot spot for raves, house parties, and graffiti artists until about 15 years ago. “The area is creative and funky, with some rough edges,” Meijers says. “It reminds me of New York’s Meatpacking District.” The designer, who normally travels two weeks a month to trade shows and to see clients, was drawn to the 860-square-foot two-bedroom because it’s “more like a hotel suite. My daughter and son are away at school, and I was experiencing empty-nest syndrome big-time. I wanted a place on the water that felt like home, but wasn’t too large.”

An open floor plan—she knocked down a few walls—and expansive windows overlooking the harbor make the modestly sized apartment feel more spacious. So much so that the living room now doubles as her design studio, with a work table fronting a wall of shelves that house reference books. A dining table and a compact kitchen featuring black cabinetry and black metallic backsplash tiles complete the main living space. “I’m not a very good housekeeper, so I didn’t want to be reminded that I have a kitchen,” Meijers says with a laugh. “Black is very chic and not so in-your-face.” 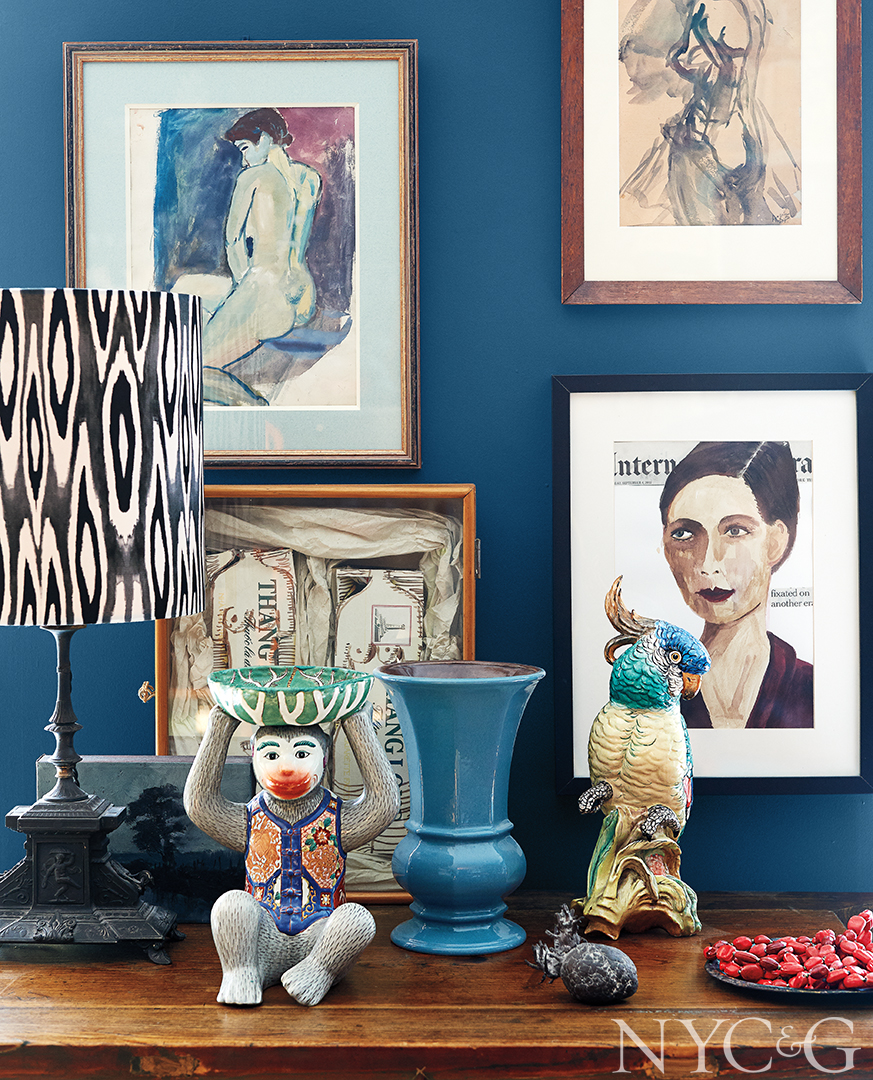 Most of the rest of the apartment is decked out in Farrow & Ball’s Hague Blue, which Meijers says she “had to have after seeing it in a friend’s canal house. It ties in with the water.” Adding even more color are jewel-toned Moroccan, Persian, and Indian rugs; patterned pillows, wallpaper, and lampshades of her design; vintage furnishings; and an art collection that ranges from flea market finds to contemporary pieces to a handful of her own small abstract works. “People are always surprised by the way I combine colors, and I think my time in Asia has influenced me deeply. My decorating style is eclectic, but shifts toward classic with a modern twist. In everything I do, I try not to think about how things will work together and just let them flow freely.”

The print version of this article appeared with the headline: Nieuwe Dutch