New York City dwellings aren’t known for their immense space, but the city’s townhouses can feel like mansions. And, this one certainly does. At 8,757 square feet and with six bedrooms and eight bathrooms, this expansive and glamorous home has found its place on the market asking $26.5 million.

Originally built in 1839, famous composer John Philip Sousa would go on to own the home, giving it its name Sousa House. Since then, it has undergone a total gut-renovation, rebuilt from the ground up and designed by Clodagh Design. Given life anew, it transformed from a conventional townhouse into something truly singular. All sitting behind the original, historic façade.

There’s no classic parlor floor or narrow foyer staircase, instead, everything is open, modern, and done to a large scale. With a design like this, it’s no surprise that rapper Travis Scott and makeup mogul Kylie Jenner took an interest in the home, staying at the rental off and on over the past year, according to the Observer. 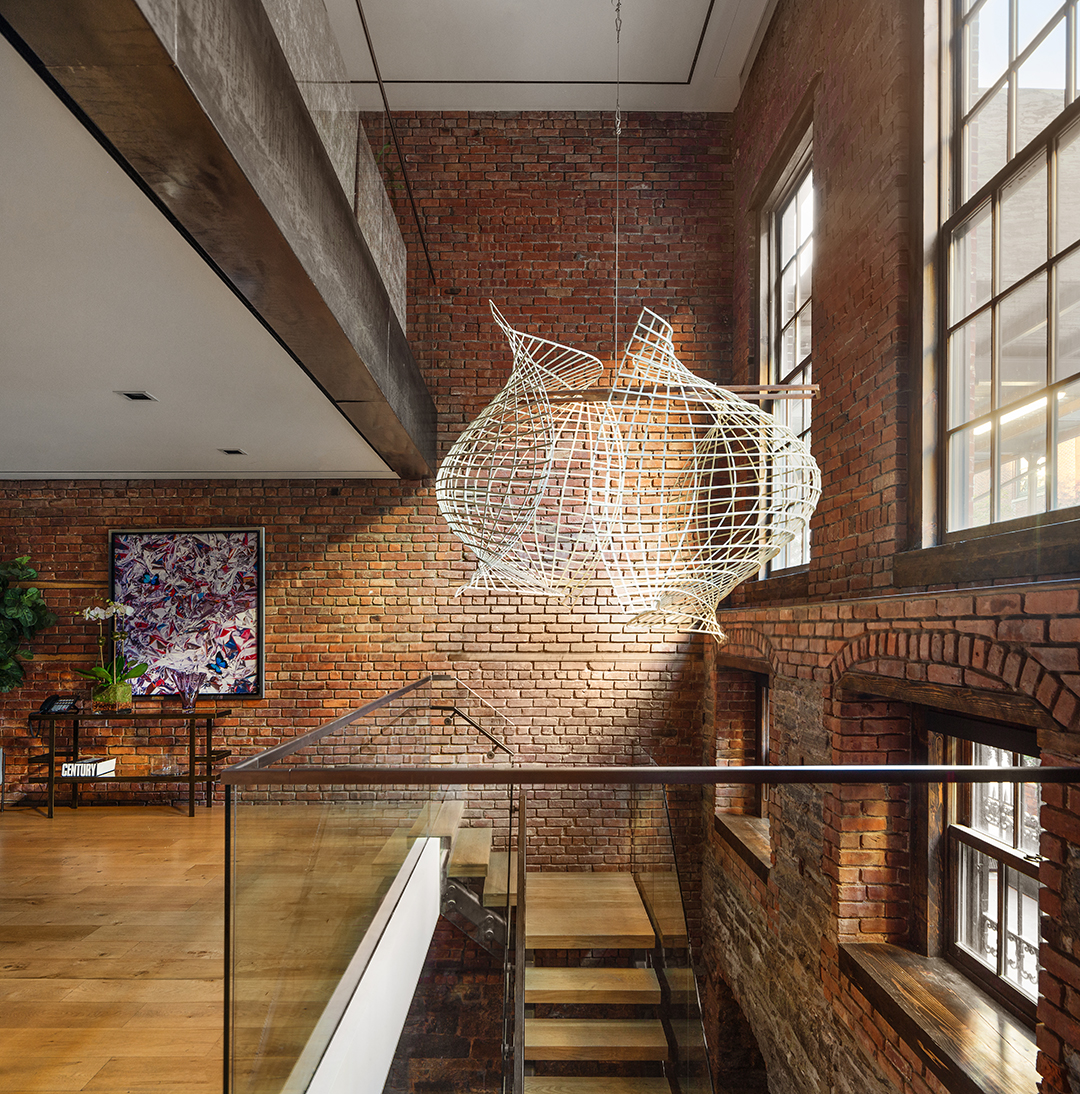 Natural brick and stone finishes climb the six stories of the home, while large windows illuminate and warm the spaces. Delicious downtown vibes abound with the home’s industrial vibe countered by its sleek features and rich entertaining spaces. A custom glass elevator can take you from floor to floor, passing rooms filled with lavish amenities. The basement level includes a media room and a wine cellar, complete with a lounge for at-home wine tastings. A true urban oasis, there’s also a garden, terrace with a Jacuzzi tub, and a roof deck with a grilling station.

Getting goosebumps? Ryan Serhant, a star on Million Dollar Listing NY, and Nicole Palermo of SERHANT hold the swanky listing.