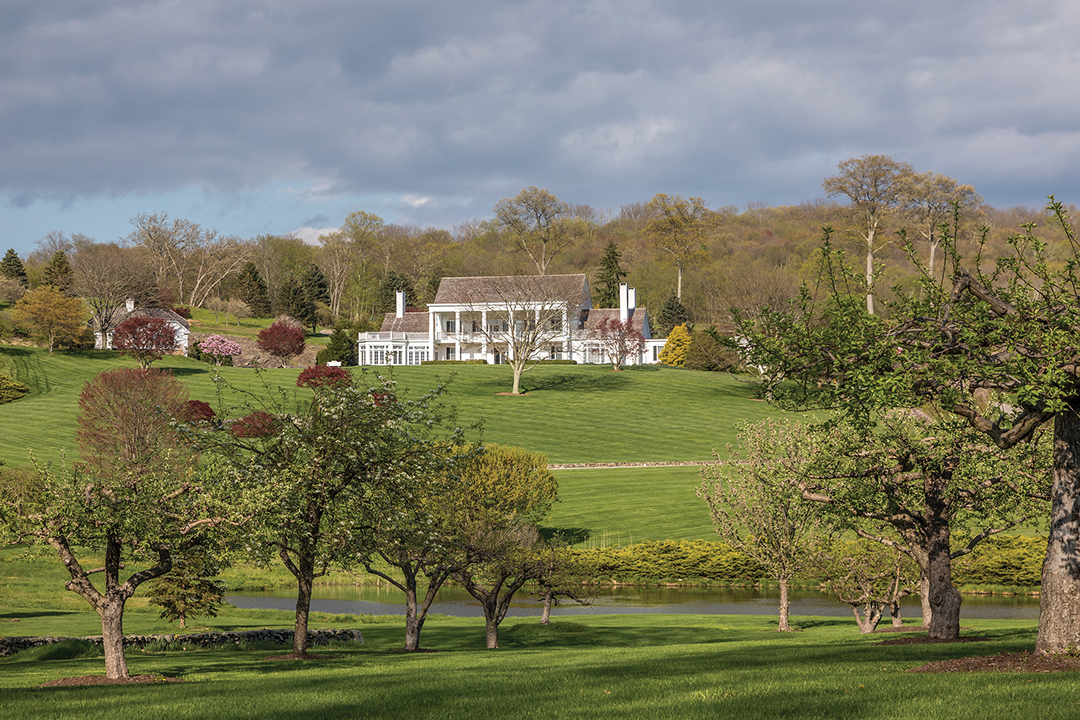 There's much news out of Washington about the Mnuchins—but not that Washington and not those Mnuchins. To clarify, Washington, Connecticut, is buzzing about the listing of the nearly 300-acre estate owned by Robert Mnuchin, father of U.S. Secretary of Treasury Steven Mnuchin. Like his son before he joined the Trump White House, Mnuchin père was a Yale man turned Goldman guy. He and his wife, Adriana, founder of the Tennis Lady chain of stores, have helmed two big-deal projects in tiny Washington: They transformed the gracious but traditional Mayflower Inn into a luxe resort and spa (now owned by the Grace Hotels Group), and they built an equally impressive manse, listed for $11.5 million by Carolyn and Peter Klemm of Klemm Real Estate. White House–like, the many-columned home, known as Longview, sits in a manicured, parklike setting—this one on a hill at the end of a mile-long private drive.

And like the White House, it has an indoor pool and a library with a fireplace. But we’d wager you could have more fun on the Washington Depot grounds, with its stylish pool and pool house, tennis court and hiking trails, plus plenty of places to accommodate guests and staff—in a private guesthouse and four-bedroom caretaker’s cottage.

Oh, and by the way, there’s another Trump administration estate for sale, the four-acre spread Donald Trump bought with then-wife Ivana Trump in the 1980s, currently the most expensive listing on the Greenwich market, asking $45 million and offered by Tamar Lurie of Coldwell Banker.