Kathy Metz had no plans whatsoever to elope with Cobble Pond Farm. In fact, a passionate relationship with a property just wasn’t on her radar before she met the 250-acre Sharon farm in person. 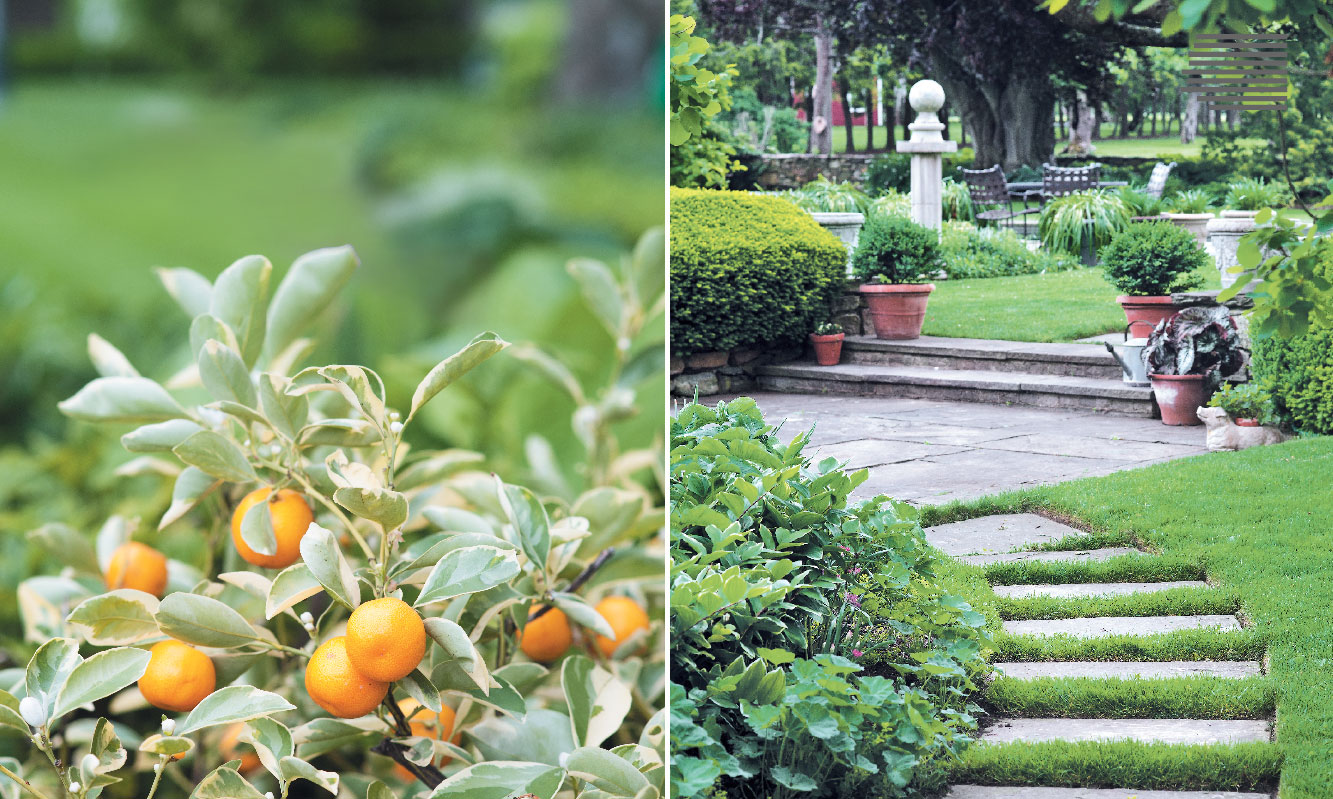 Even before she knew  its pedigree, Kathy Metz was whipping her landscape into shape. After all, she recognized great bones when she saw them—and Cobble Pond Farm had all the earmarks of a thoroughbred. The massive and still magnificent trees around the house and yew hedges hemming the vestiges of a sunken garden shouted loud and clear to Metz that her landscape had lineage. 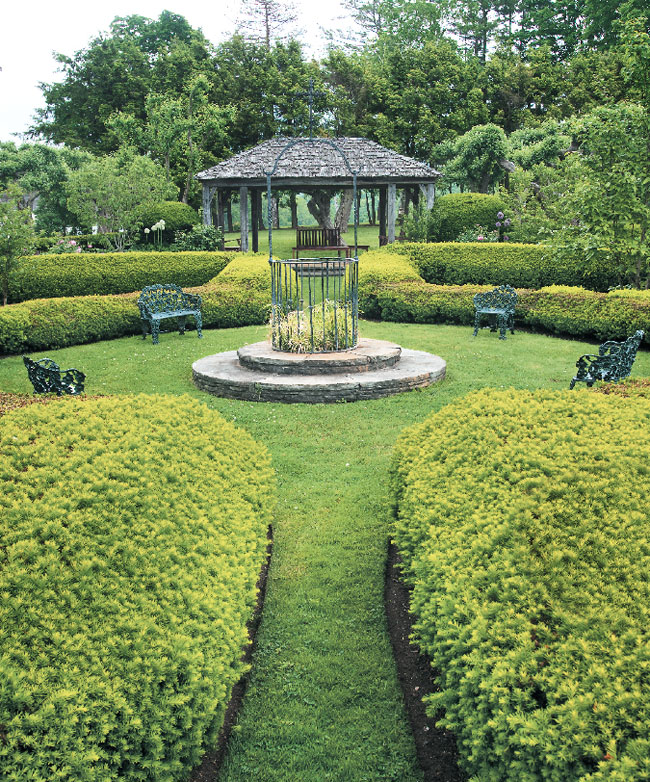 Metz had no plans whatsoever to elope with Cobble Pond Farm. In fact, a passionate relationship with a property just wasn’t on her radar before she met the 250-acre Sharon farm in person back in 1981. But her husband, Jay, came home smitten after being shown the property and finally prodded her to make a reconnaissance mission personally. The house was alluring, for sure, but the garden sealed the deal.

In the absence of solid plans to guide the restoration of the land, Metz followed her instincts. She looked at the telltale sunken garden with its expressive curvaceous hedges and deep beds. And she considered the singularly unique structures—like the garden house/gazebo that commands the scene—and connected the dots. Besides the trees, some lilacs, lots of peonies and an overload of shrubs popular in the 1950s but comparatively lackluster compared to modern improvements, the garden wasn’t bristling with survivors. But Metz didn’t dig in immediately. “I was advised not to touch anything for a year,” she explains. When she made her move, she didn’t go it alone. She called in an expert—the late Fred McGourty—who provided the sort of informed overview that the property deserved. Together, they revamped the gardens with respect for the past, but also an eye toward the future. 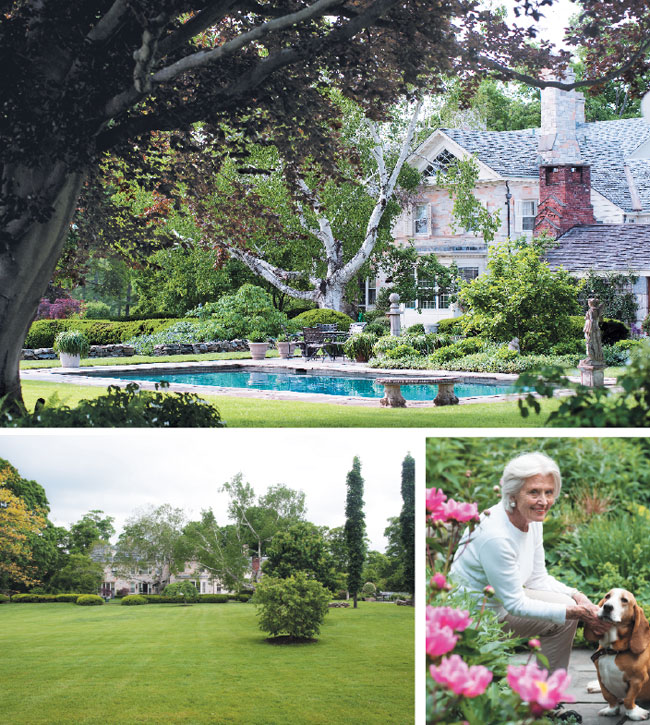 She had already enjoyed 14 years of working with the garden when the Olmsted Brothers’ plans materialized in 1995, hidden in the potting shed attic. Of course, Metz was ecstatic to learn that the garden had roots—that would explain the property’s well-wrought views and deftly executed interrelations. But she had already spent more than a decade getting Cobble Pond Farm up to speed, and there was no looking back.

The landscape was originally heavy on labor-intensive annuals, in keeping with the mid-19th-century trend. Not only did she want to spare herself the expense of annual replenishment, Metz wasn’t fond of the flower carpet look. Instead, she opted for native shrubs, distinct trees and lots of long-lived, low-maintenance perennials. She banished the burning bush that was all the rage when Cobble Pond Farm was first planted. (“And one reason why we got into this invasive plant pickle in the first place,” she says.) Most importantly, she won the battle with the clipped yew hedges. In her stewardship role, Metz went to seminars to keep current on woody plant maintenance, and that’s how she came up with the compost-rich diet that turned the tide. Her pruning regimen was also key. Rather than cutting the  hedge into the traditional straight-sided box, her solution was to angle the hedge edges and allow light in on all sides. 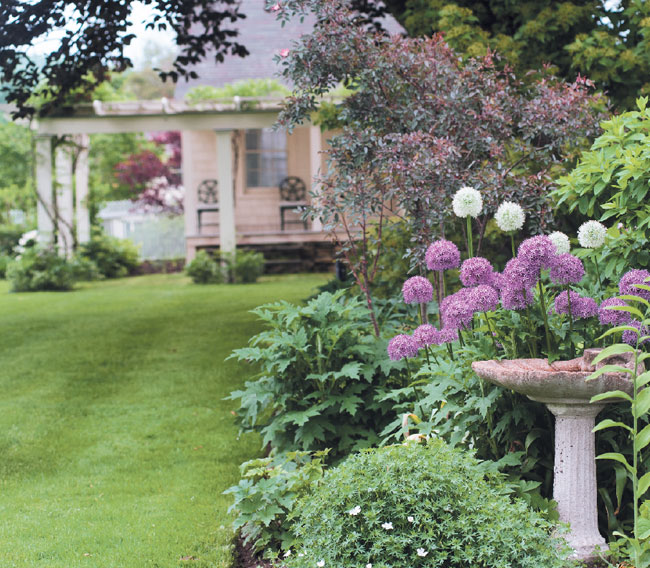 Although the yew-corralled sunken garden is the crowning gem at Cobble Pond Farm, it is just one element of a composition that includes plantings that swarm around the house and further afield. Marsha Kaufman has worked with Metz on the property for a dozen years and the little dramas that the two devise for the gardens have a common thread of lightness and humor, sophistication and majesty. While Cobble Pond Farm isn’t finished yet, Metz has plans going forward. “You know, when I think that it’s been 30 years now—and I still love it…” she says. The honeymoon is not over.