Unexpected Wines from Around the World 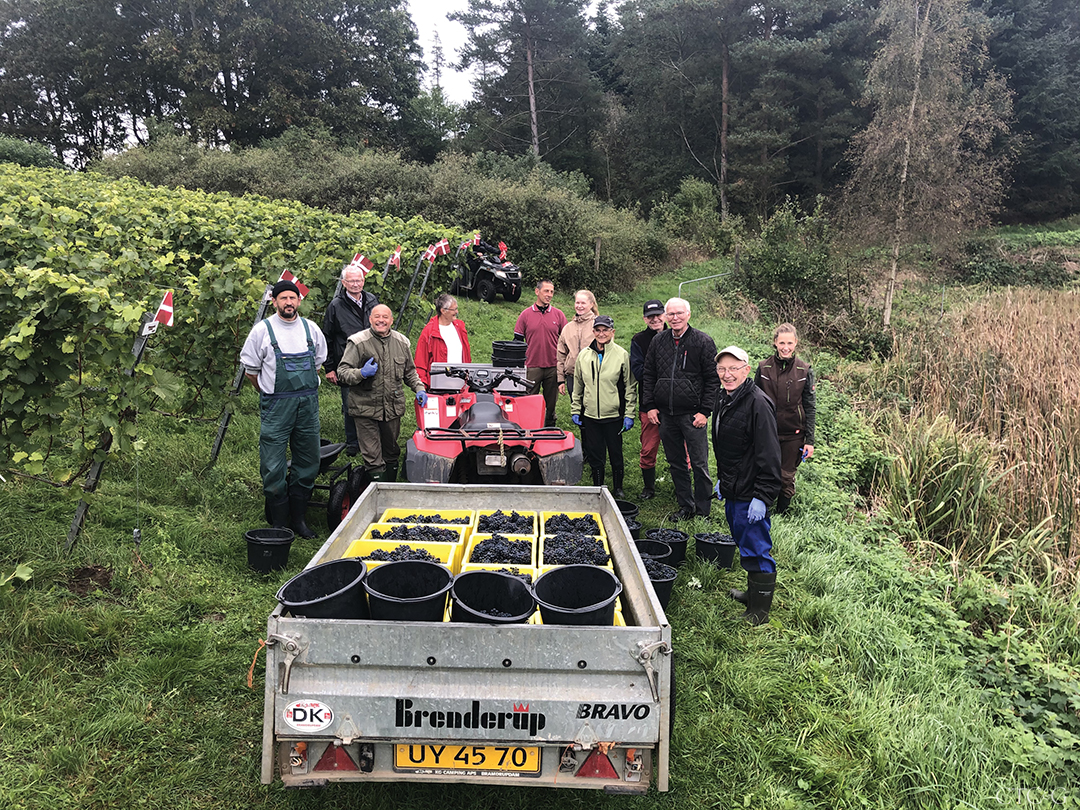 WINE REGION: The EU granted a PDO (Protected Designation of Origin) to Dons sparkling wine produced by Skærsøgaard winery located in the valley of the inner Kolding Fjord. Presently the EU’s most northernly PDO, Dons sparkling is the only appellation in all of Scandinavia, and Skærsøgaard is Denmark’s only licensed winery.
GRAPE VARIETIES: Solaris, an aromatic grape, makes crisp whites and dry sparklings. The grape was created in 1975 at University of Freiburg by Norbert Becker, who cross-bred mother and father Vitis vinifera grapes to produce an early ripening, hardy variety that’s resistant to diseases and frost. Also used in the sparkling: Rondo, a red grape created by crossing breeding varieties to make it winter frost and downy mildew resistant.
PRESTIGIOUS WINERY: Skærsøgaard makes Dons Rosé Brut and Dons Cuvée Brut in méthode champenoise with a total of 6,000 bottles. “I applied for the appellation status from the EU back in 2011,” says winemaker Sven Moesgaard, whose cuvées have won 53 medals in international competitions. “We had to prove Solaris was Vitis vinifera because the EU doesn’t grant PDOs to hybrids.” Coincidentally, I first tasted the citrusy Cuvée Brut with its racy acidity and refined bubbles at the United Nations’ fundraiser for Bordeaux Cité du Vin.
HOW TO GET IT: Moesgaard reports that the wines should be in the U.S. market later this year. His two cuvées will retail for around $50. dansk-vin.dk. 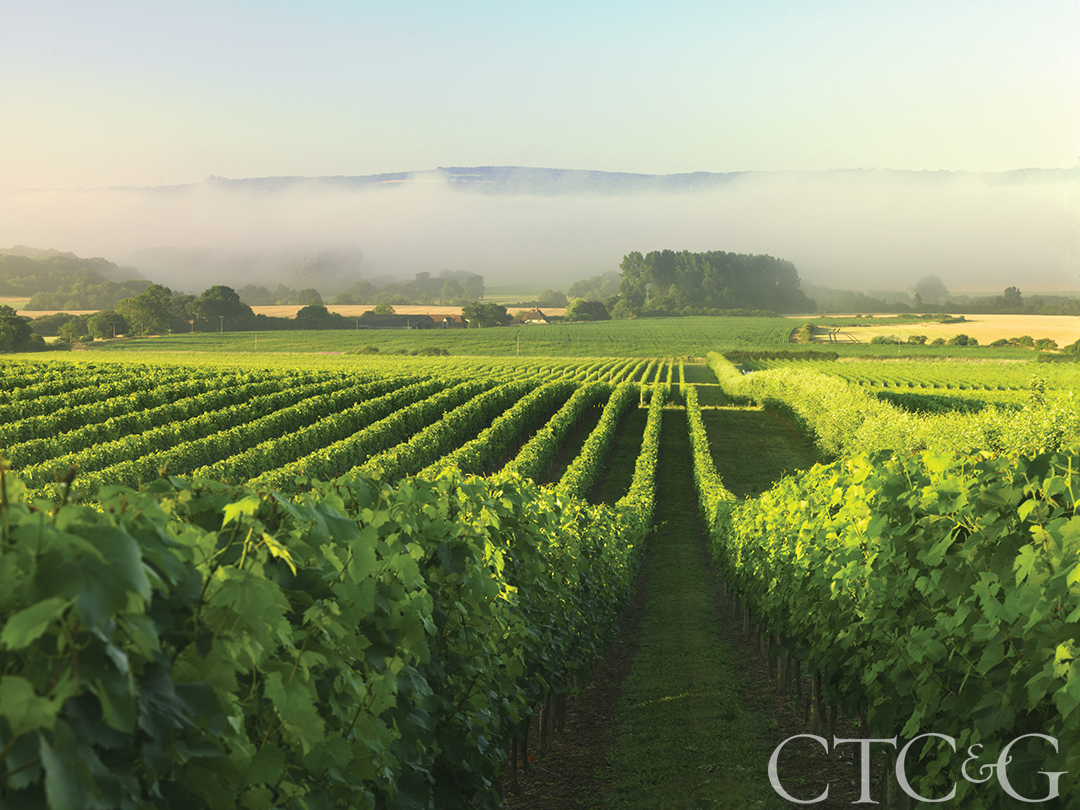 WINE REGION: Located south of London, the South East England wine region extends from Cornwall in the west to the White Cliffs of Dover in Kent in the east. It has become known for outstanding English sparkling wine. The region can produce world-class wines because the terroir possesses chalky soil like in Champagne. A chalk ridge extends for 200 miles from Reims in Champagne to Maidstone in Kent.
GRAPE VARIETIES: English sparkling wine is vinified from traditional Champagne grapes—Chardonnay, Pinot Noir and Pinot Meunier—and made in méthode champenoise. Because of climate change, the region became a few degrees warmer, enough to ripen the grapes.
PRESTIGIOUS WINERY: With its vines planted in 1988, Nyetimber in West Sussex has been a pioneer of English sparkling wines. “When I arrived at Nyetimber in 2007 with my husband and fellow winemaker, Brad Greatrix, sparkling wines were a cottage industry,” says head winemaker Cherie Spriggs, who won winemaker of the year in the 2018 International Wine Challenge. “The entire region was making 2 million bottles; now, we are over 15 million.” Spriggs makes three wines: Classic Cuvée, which shows aromatic intensity and baked apple, almond and brioche flavors; a creamy and fresh raspberry and red currant fragranced Rosé; and Demi-Sec with sweet lemony flavors complemented by a crisp acidity.
HOW TO GET IT: Nyetimber is available at fine wine shops. Other excellent English sparkling imports: Chapel Down, Harrow & Hope, Hattingley Valley and Wiston Estate. nyetimber.com. 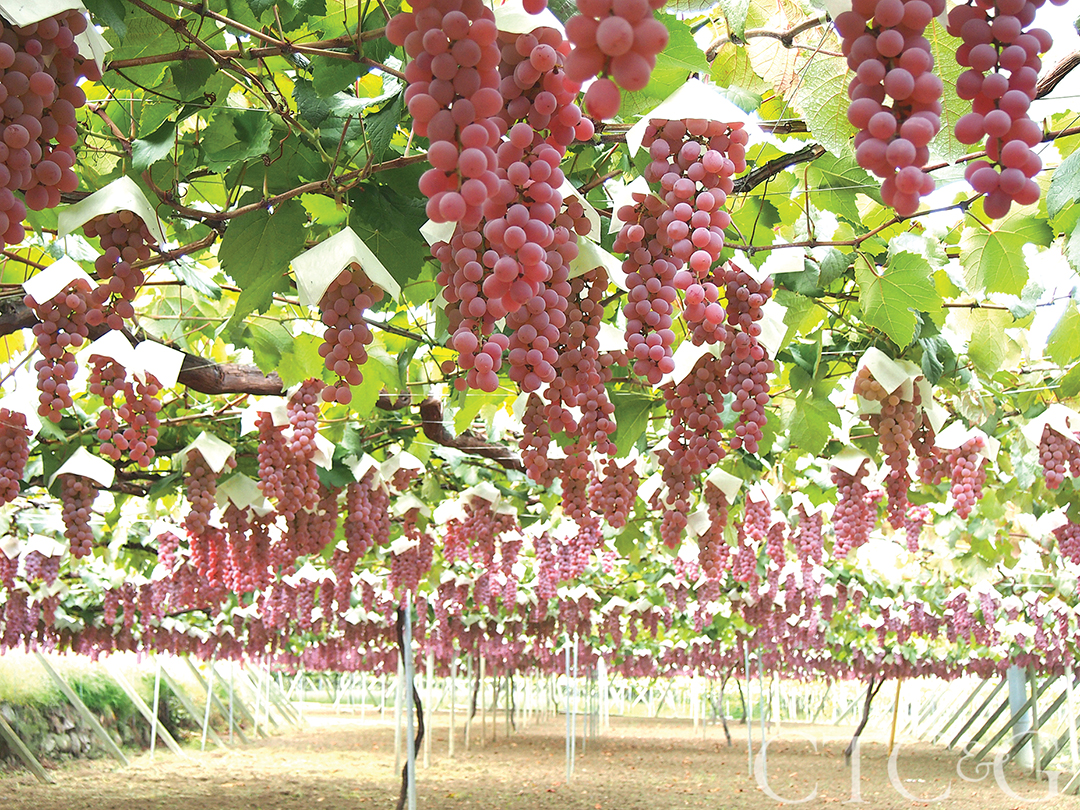 WINE REGION: Japan’s most important wine region is in the Yamanashi prefecture near Mt. Fuji, 90 minutes from Tokyo. The Katsunuma village is ground zero for the best wineries specializing in delicate, dry, Koshu white wines, both still and sparkling.
GRAPE VARIETIES: Koshu, a bright pink grape that’s recognized as Vitis vinifera, has been first to break into the global market. It displays seductive floral aromas of jasmine, citrus, yuzu and honeysuckle flavors, and finishes with savory minerality. Koshu is a thick- skinned variety, resistant to rot, and well suited to Japan’s rainy climate.
PRESTIGIOUS WINERY: The first winery to bring Koshu to world attention was Katsunuma Jyozo, which makes wines under the Aruga Branca label. At the French competition Vinalies Internationales in 2003, Aruga Branca won top accolades. Now third-generation Hiro Aruga, who studied winemaking in France, is one of the celebrated young winemakers showcasing the potential of Koshu.
HOW TO GET IT: New York Mutual Trading Co. (NYMTC) distributes Aruga Branca and other Koshu wines (including Kisvin sparkling and still). Ask your local retailer to order through NYMTC. nymtc.com.

Year End Wrap-Up of the Bests