Up close and personal with Untermyer Gardens Conservancy

In Yonkers, NY, "America's Greatest Forgotten Garden" is restored into a beautiful garden escape collaborating all of the unique styles from the Middle East, Persia and Islam. 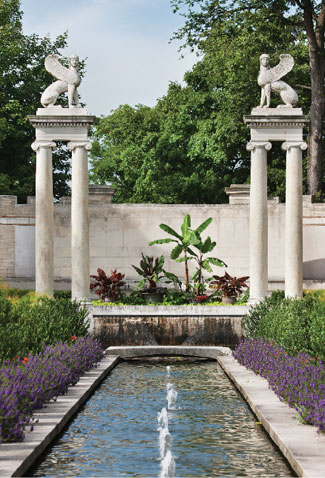 NYC&G: Until you started the Untermyer Gardens Conservancy, no one really knew about these gardens. What inspired you to spearhead their restoration?
STEPHEN BYRNES, FOUNDER AND PRESIDENT, UNTERMYER GARDENS CONSERVANCY: I had lived near the Untermyer gardens in the 1990s and even tried to save its Italianate vegetable gardens from being taken over by a nursing home developer, who eventually won. The gardens overall were severely neglected and under-used, although they had attracted as many as 30,000 people on special occasions in the 1930s. We started the conservancy about two years ago, which included assembling a board of trustees and establishing nonprofit status.

Who is involved?
SB: Technically, Untermyer is a municipal park of the City of Yonkers. Samuel Untermyer had tried giving it to the state before his death. At the time, Robert Moses said it would be a great park but that the level of horticultural and building maintenance would be onerous to the state budget, so Untermyer ultimately donated it to Yonkers. Yvette Hartsfield, the new Yonkers parks commissioner, is very receptive to and enthusiastic toward our work.
TIMOTHY TILGHMAN, HORTICULTURALIST: I joined Untermyer in June 2011 as its sole employee. My friend and mentor Marco Polo Stufano is the advising horticulturalist, and together we are restoring the remaining gardens and structures and reimagining other areas to suit the needs of a 21st-century park, while adhering to New York State historic landmark guidelines.

What was Untermyer’s original intent?
TT: Untermyer purchased the property in 1899. He became aware of William Welles Bosworth, a renowned architect and landscape architect of the era, in the early 1900s after he paid a visit to Kykuit, the Rockefeller estate in Pocantico Hills. Shortly thereafter he hired Bosworth to create what he called “the grandest garden in the world.”

Do any highlights remain?
TT: The Walled Garden—called the Grecian garden by Untermyer and the Indo-Persian garden by Bosworth—was in the best shape when I arrived. The Temple of Love was visible but inaccessible, and the Vista Steps to the ancient Roman columns were still extant. And there’s plenty more to be discovered under all the weeds.
SB: We’re currently opening up the hilltop views of the Hudson River and the Palisades, a vista that hasn’t been seen in more than 75 years. 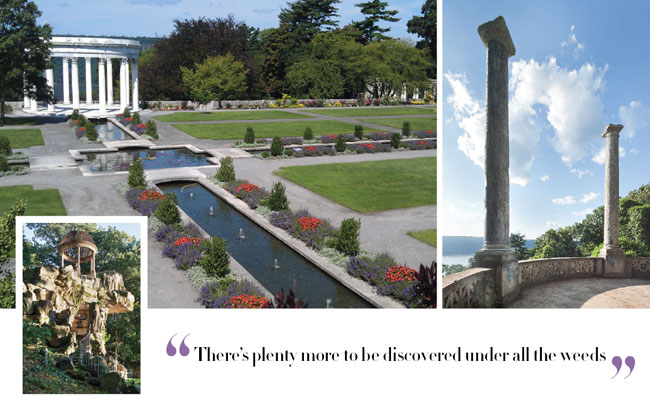 How much has been restored?
TT: The first stage of the upper terrace of the Walled Garden is nearly complete, and we’ve done substantial clearing around the Vista Steps, the color gardens, the rock garden, an old fountain basin, the ruins of the gatehouse, and the carriage trail.

How do you raise money for restoration and maintenance?
SB: As a public park, we can’t raise money by charging admission, but our donor base has tripled in the past year, and our fundraising has grown by 60 percent, along with some very generous foundation grants. We give lots of tours and are planning a gala benefit this summer.

What are you hoping to teach here?
TT: The history of Untermyer the man and the  gardener is significant. Untermyer was an American-born German Jew who married a Christian and based his gardens around Middle Eastern, Persian, and Islamic symbolism. These different cultures converging in a diverse community like Yonkers provided a measure of unity and peace in addition to being a garden escape. We hope Untermyer will become a national garden destination, if not a world one.