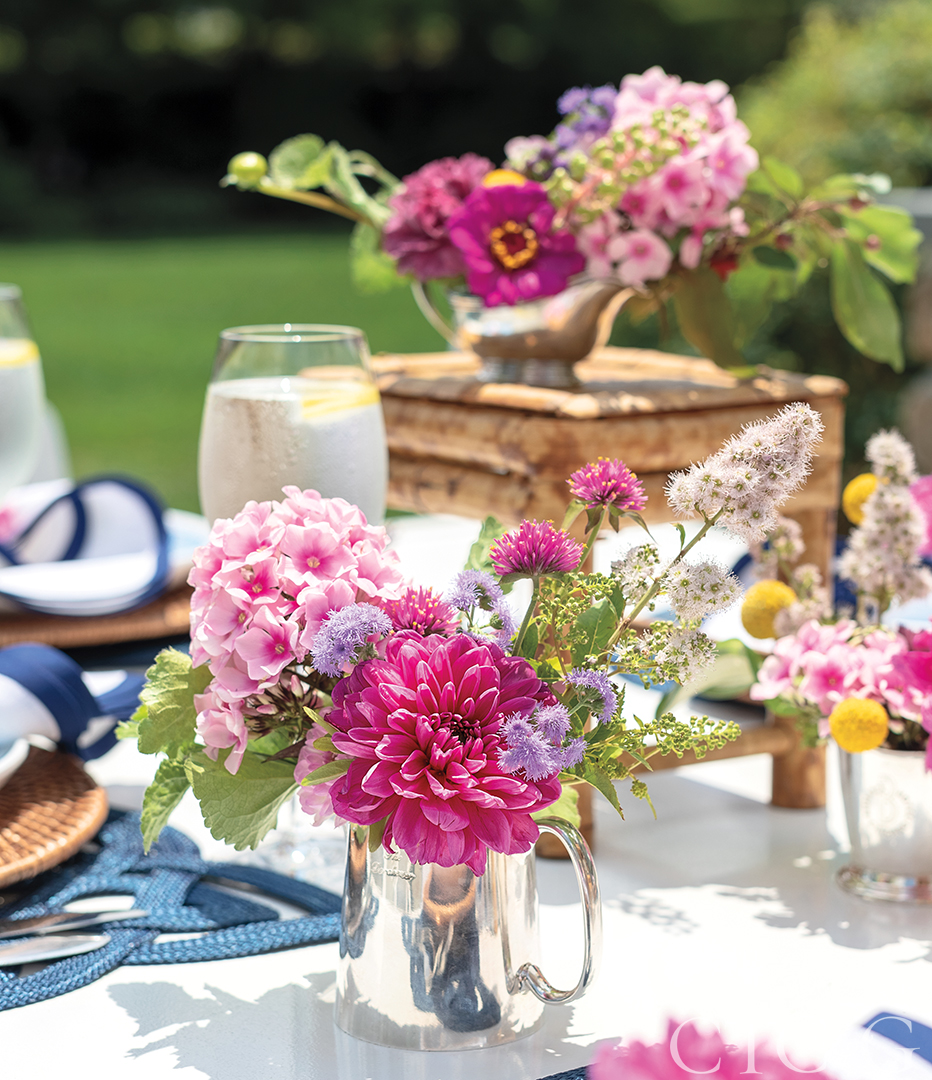 If she wanted to, Debra Goldstein could easily set the table in her Fairfield County home for dozens of people. And no guest would likely have the same knife, fork or spoon. Everything arrayed on Goldstein’s table gleams, since all of the utensils are made of vintage silver plate, salvaged from some of the most iconic hotels in New York, London and Paris, as well as venerable steamships of their day, such as the S.S. Normandie.

Although Goldstein took a shine to hotel silver years ago, it wasn’t until she met a woman named Ginger Kilbane, owner of a boutique in New York’s Bergdorf Goodman devoted solely to the items, that she began to collect it en masse—and use the pieces daily in the home she shares with her longtime companion and their three children. “I love using and eating off the utensils and other small silver items because of the ghosts they evoke—I think of all the thousands of people who held these items,” notes Goldstein. “Every piece represents a little piece of history preserved.”

So enamored is Goldstein with her ever-growing collection that she begins every Saturday morning in the home, which functions as the family’s weekend property, by polishing the silverware. While electroplated silver can stand up to the dishwasher, it dulls. “It’s my favorite activity, to stand in the kitchen in the early hours and quietly polish away,” she says, adding that even her two dogs eat from silver-plated bowls. 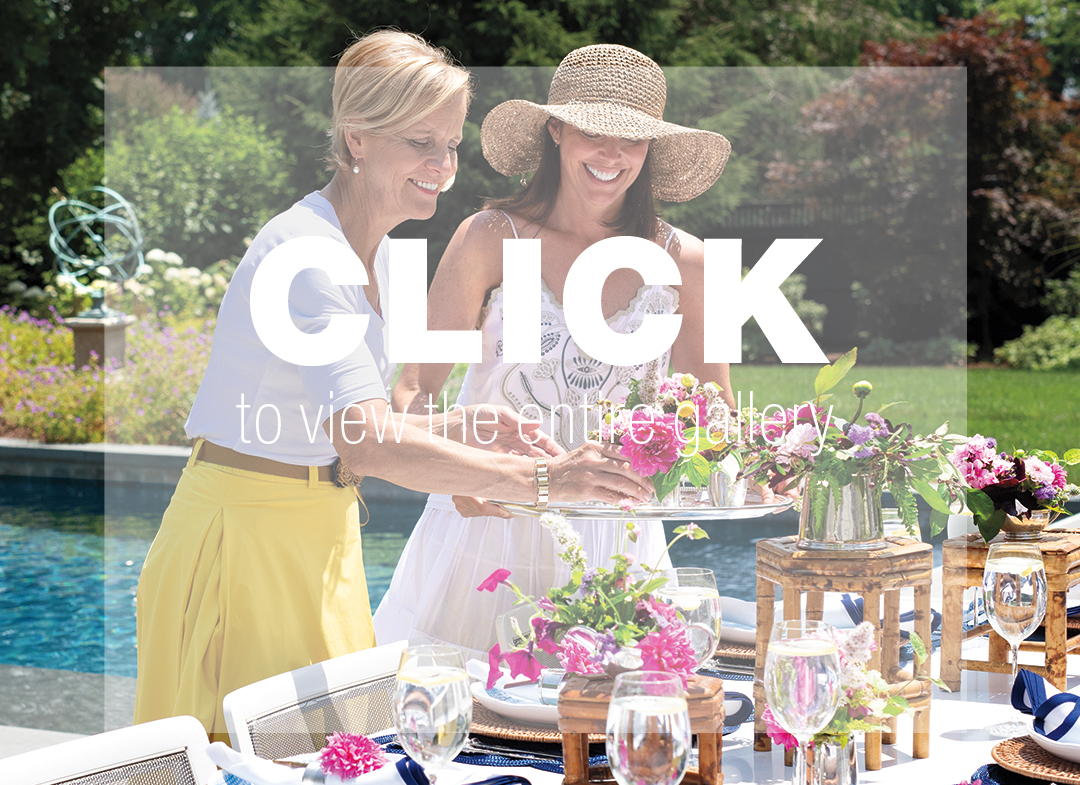 While the silverware stands out on its own, Goldstein recently began an informal collaboration with Karen Legan—a floral designer with her own business, Lemon Dahlia, in nearby Wilton—to add an extra element to the table. “Debra really likes to give her guests an experience,” says Legan, “and it’s great to work with such a thoughtful hostess.” Whether it’s for a pool party or a holiday party, Goldstein has come to rely increasingly on Legan for her ability to arrange flowers in the silver pitchers, creamers and other small items that are part of the collection.

Often using flowers grown in her own garden, and augmenting them with purchases from wholesalers in Norwalk and New York, Legan groups colorful dahlias and phlox, peonies and gomphrenas in vessels throughout Goldstein’s home. “Having flowers at home makes us feel alive,” explains Legan, “and the colors bring out emotions.”

Goldstein, meanwhile, is in awe of her friend’s abilities to transform tablescapes into artworks. “I love Karen’s creative vision and we really ‘get’ each other,” Goldstein stresses. “We have fun collaborating, and when we have weekend guests here at the house, I have Karen create little arrangements next to each bed.”

Since Goldstein sources her hotel silver from everywhere from eBay to local antiques shops, she does follow one self-imposed rule. “I only collect things that have a recognizable name of a hotel on it or the initial of the hotel.”

In fact, in conceiving her floral designs, Legan is careful to ensure that no bloom or stem covers each identifying mark. “When we have people to dinner, which is often,” says Goldstein, “it’s a fun game for everyone to turn over their utensil to see where it came from and to guess which hotel based on the initial.” And if anyone gets stuck, Goldstein pulls out an up-to-date glossary to supply the answer.

A version of this article appeared in the April 2019 issue of CTC&G (Connecticut Cottages & Gardens) with the headline: At Your Service.

This article appears in the April 2019 issue of CTC&G (Connecticut Cottages & Gardens).