Water Mill's 'Island in the Sky' Is Available for $7.495 Million 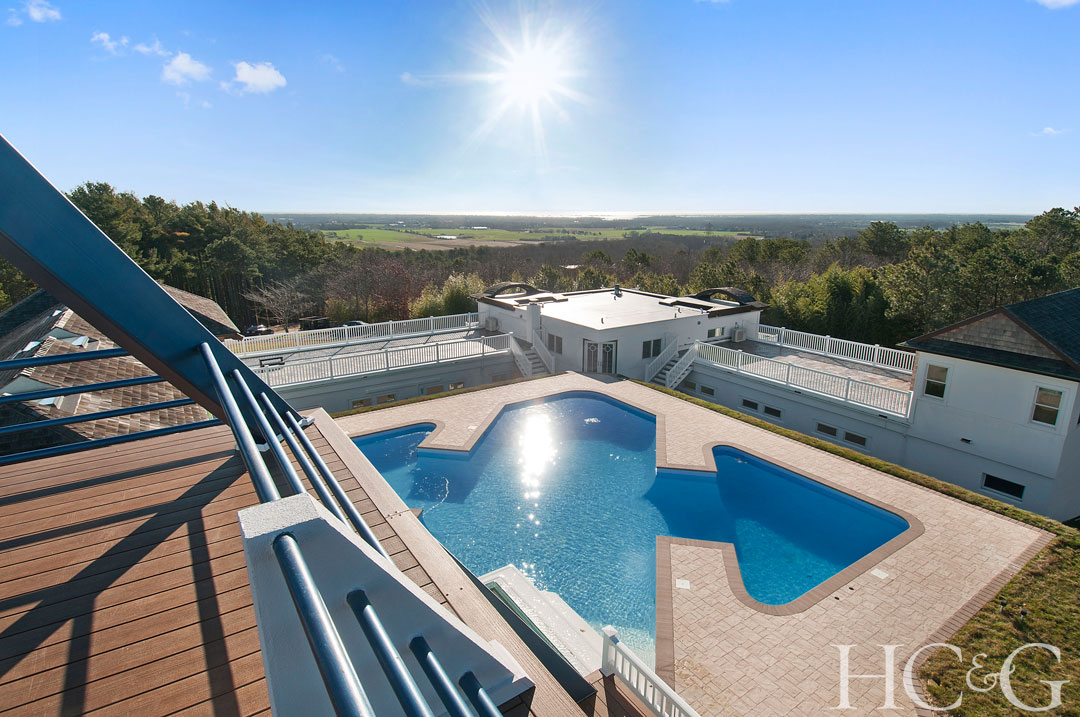 In Water Mill, the Setsuo Ito contemporary Island in the Sky—sold for $3 million in 2011 and once featured in a Notorious B.I.G. video—is now asking $7.495 million. (Ito originally listed the house for $30 million in 2007, then put it up for auction in 2011 with the intention of donating some of the proceeds for Japan earthquake relief.) The lucky buyers gut-renovated the 12,000-square-foot home, but left its 32-foot steel pyramid, which features an observation deck for enjoying both ocean and bay views, intact. “They kept what they thought was spectacular and updated it,” says listing agent Susan Breitenbach of Corcoran. 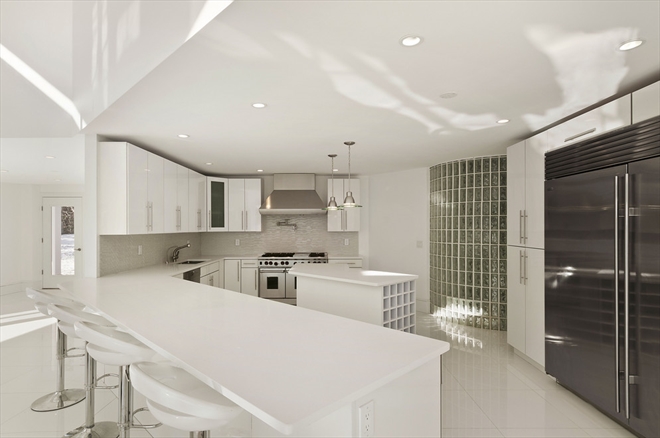 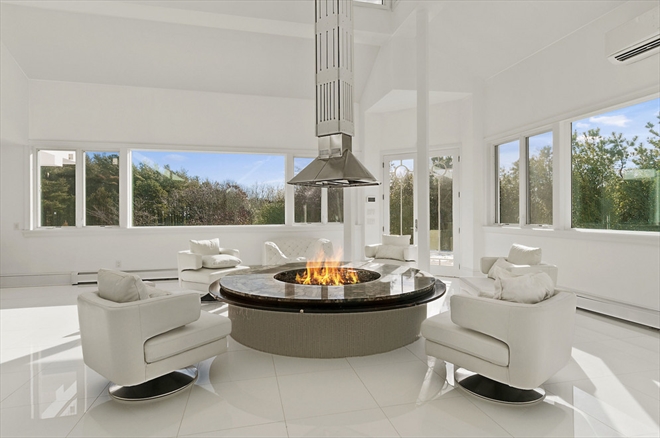 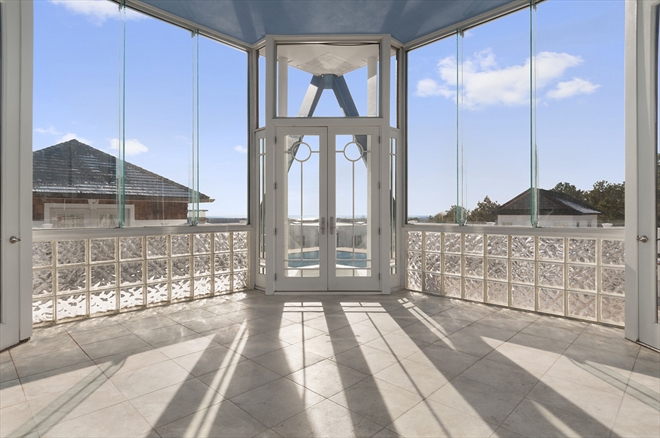 The view from the roof deck. 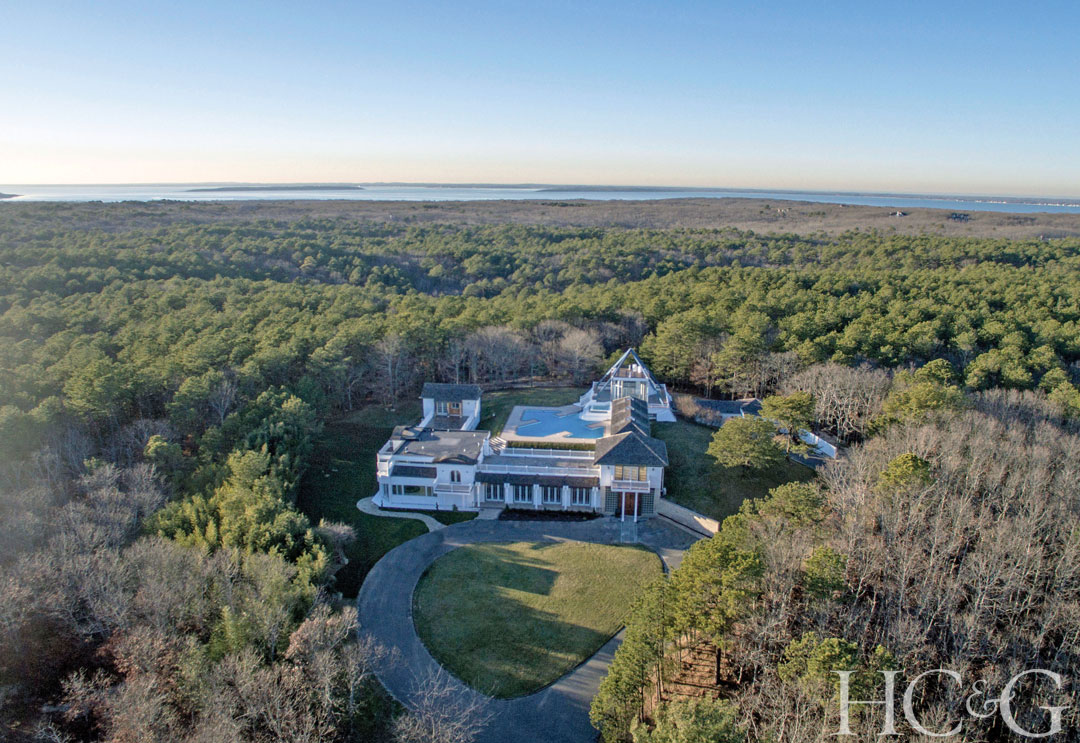