"We Ask Hamptons Style Setters, What's Your Favorite Food in the Hamptons?" 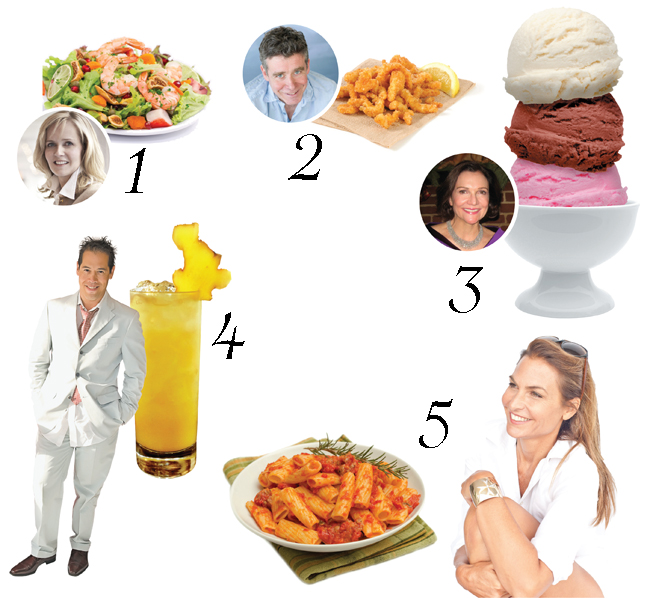 2 “Fried clams with fries and a Stewart’s root beer at the Clam Bar in Napeague.” —Jay McInerney, writer

3 I live for Sant Ambroeus—cappuccino in the morning, gelato in the afternoon, and sage butter ravioli with a glass of Chardonnay at night.” —Leslie Stevens, public relations executive

4 I head to Navy Beach in Montauk, where I’ll eat just about anything they make and drink a refreshing gingerinha, one of the restaurant’s signature cocktails.” —Inson Dubois Wood, interior designer

5 The rigatoni with sausage at Tutto Il Giorno in Sag Harbor, my favorite restaurant. And they’re opening in New York City, too!” —Whitney Fairchild, socialite

A version of this article appeared in the July 15, 2014 issue of Hamptons Cottages & Gardens with the headline: Style Setters.