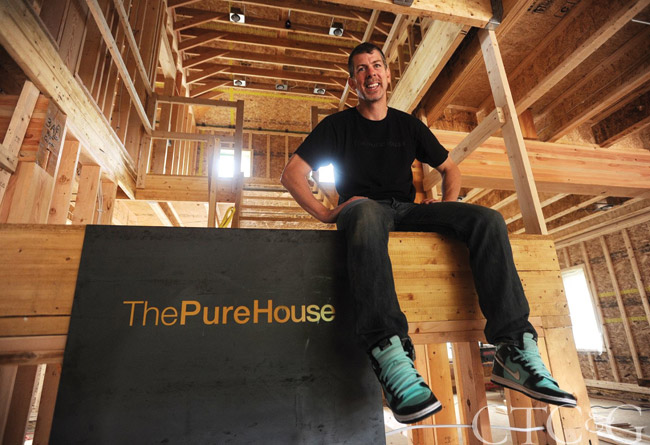 When it comes down to it, as mammals walking on this earth, the basic premise has been, “how do you avoid sleeping in the mud and getting bitten by insects,” architect Douglas McDonald says, pointing out of the basic driving factors behind the development of his profession. The point of architecture, as he sees it, is simple, and profoundly evolutionary: When we live a comfortable existence, we produce better offspring. 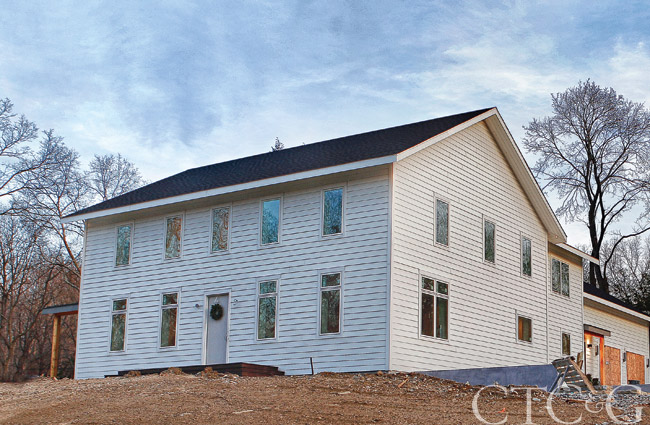 To that end, houses exist to insulate us in the winter and cool us in the summer, to provide access to sunshine and respite from the rain, and to offer both physical and emotional shelter from the turbulence of the massive—and massively uncontrollable—outside world. The problem, as McDonald sees it, is that rather than protect us from that turbulence, a majority of houses actually create more damage than they do solution, in the form of chemical-laden building materials and toxic construction practices. 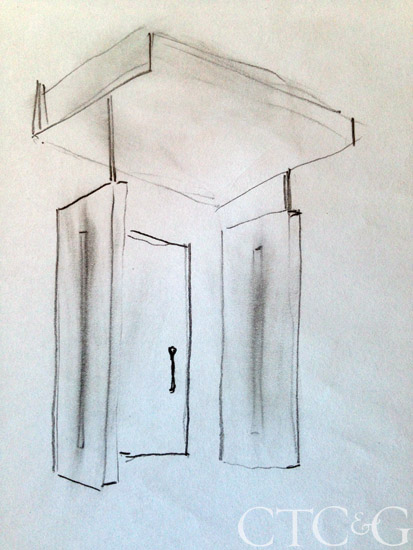 “The Pure House is a continuation of the farm-to-table concept,” says the architect, who lives in the first Pure House of his own design. His ambition with this project is to expand our existing sensitivities to issues like pesticides and pollution that have become central to the current food movement to the home.

The Westport house is based on science developed in Germany in the 1990s by a nuclear physicist trying to work out how to avoid thermal bridging—which is what happens to interior temperature when anything from the outside of a structure touches anything on the inside. Because a basic tenet of the Pure House ideal is total temperature self-sufficiency, it’s essential for McDonald to exclude any thermal bridging (which tends to happen via chimneys or roof vents, both typical coded house elements). The Pure House is absolutely draft-free and airtight, and the outside air that does come in is processed by an air exchanger that warms it using only exhaust from the house’s kitchens and bathrooms, producing an interior environment that is both fresh and warm, no matter the snowstorms outside and circulating air inside. 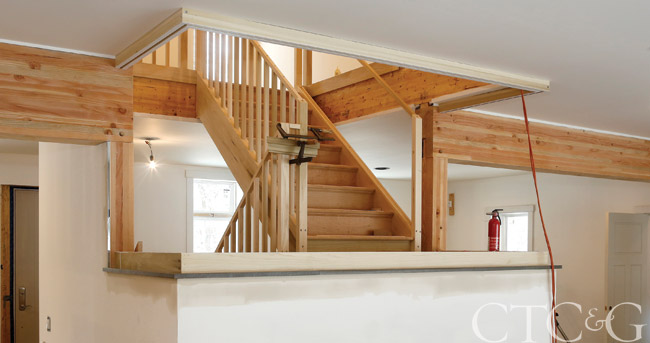 More than engineering the perfectly pure house from a structural standpoint, McDonald had to rethink standard construction practices, which rely on chemicals like bleach and ammonia. It is more expensive to use pure materials but it is also, McDonald wants to point out with the finished construction of this Westport example, absolutely feasible. With a little complicated German-inspired engineering and some rigorously thoughtful attention to materials, it is possible, he says, to construct houses that are not only better for the people who live in them, but their children, their grandchildren and the larger climatalogical world beyond—mud, insects and all.

A version of this article appeared in the March 2015 issue of Connecticut Cottages & Gardens with the headline: Survival of the Fittest