When it Comes to Architecture, Gary Lawrance Thinks Small 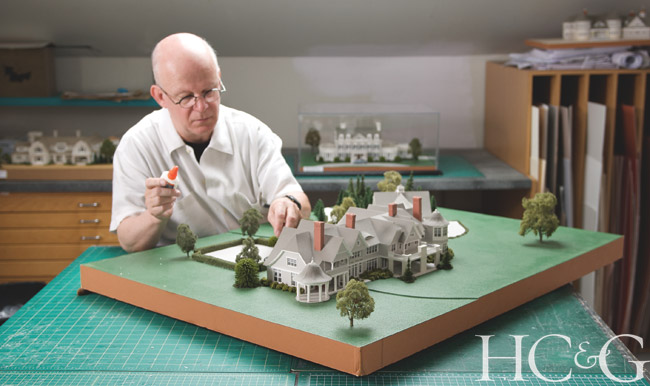 As a young boy, Gary Lawrance made elaborate houses from playing cards and “Little Golden” books, castles from sand, and towering pyramids from Dixie cups. Approximately 50 years later, not much has changed. Now an authority on architectural model-making and the principal of Lawrance Architectural Presentations, he uses more sophisticated materials, but the goal is more or less the same. 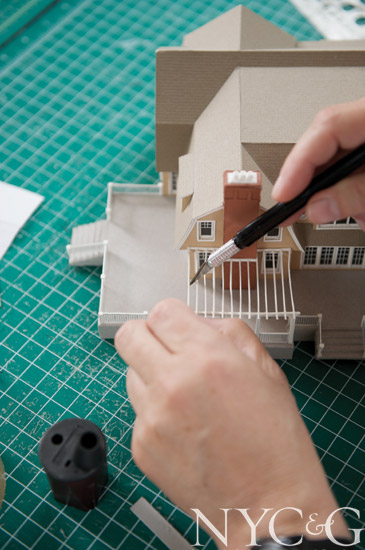 “I’ve been building things all my life,” says the Stony Brook–based Lawrance, an architectural historian (he co-wrote the 2007 book Houses of the Hamptons 1880–1930) who has a degree in architecture from the New York Institute of Technology. Lawrance’s models are frequently commissioned by other architects to use in presentations to architectural review boards and clients, or by proud homeowners who want a miniaturized version of their domiciles for posterity. His constructions have also been exhibited in galleries and arts institutions, including the Southampton Historical Museum.

To hand-craft his intricate 1⁄8-scale miniature models of houses and other structures, he uses an arsenal of model-making tools: foam core, mat board, double-sided tape, Elmer’s Glue-All, and X-Acto knives. Working from floor, elevation, and roof plans, he begins by creating a basic white structure. For more elaborate representations, he’ll work in color and even actual building materials, replicating interiors, landscaping, pools, accessory buildings, and smaller details, such as tiny luxury cars in the driveway and trees lining a walkway. 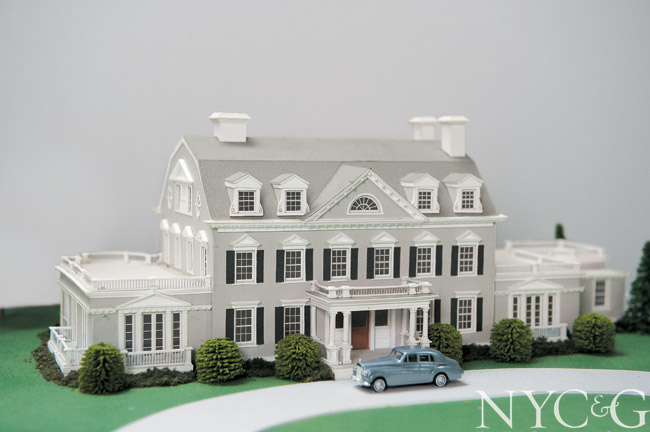 Two sets of drawings are required at the outset—one to cut up and one for reference. Lawrance first cuts away the exterior wall from the plan with an X-Acto knife, slicing off the chimneys, bay windows, and other design details, which are added back later. (“I tend to make the floor plan as simple and boxy as possible,” he says.) Using 1⁄8"-thick foam core cut to scale, he then tapes or glues a pair of walls together. From there, it’s time to build the bones of the building, facing the exteriors with 1⁄16" mat board, which is the perfect scale for a 6"-thick wall.

It takes Lawrance anywhere from a day to complete a model for a very simple Cape to more than a week for a more complex design (a small tower element for a Hamptons estate might take three hours alone), and prices for his work range from about $2,000 to $20,000. “I have to be meticulous, but I also have to be pretty fast,” he says. “They’re for a specific purpose, and in the Hamptons there are always deadlines.” So if time weren’t an issue and he could mock up his dream home? It would be “a pavilion-style structure, one that’s actually impossible to build.”

A version of this article appeared in the August 15 issue of Hamptons Cottages & Gardens with the headline: Model Behavior.